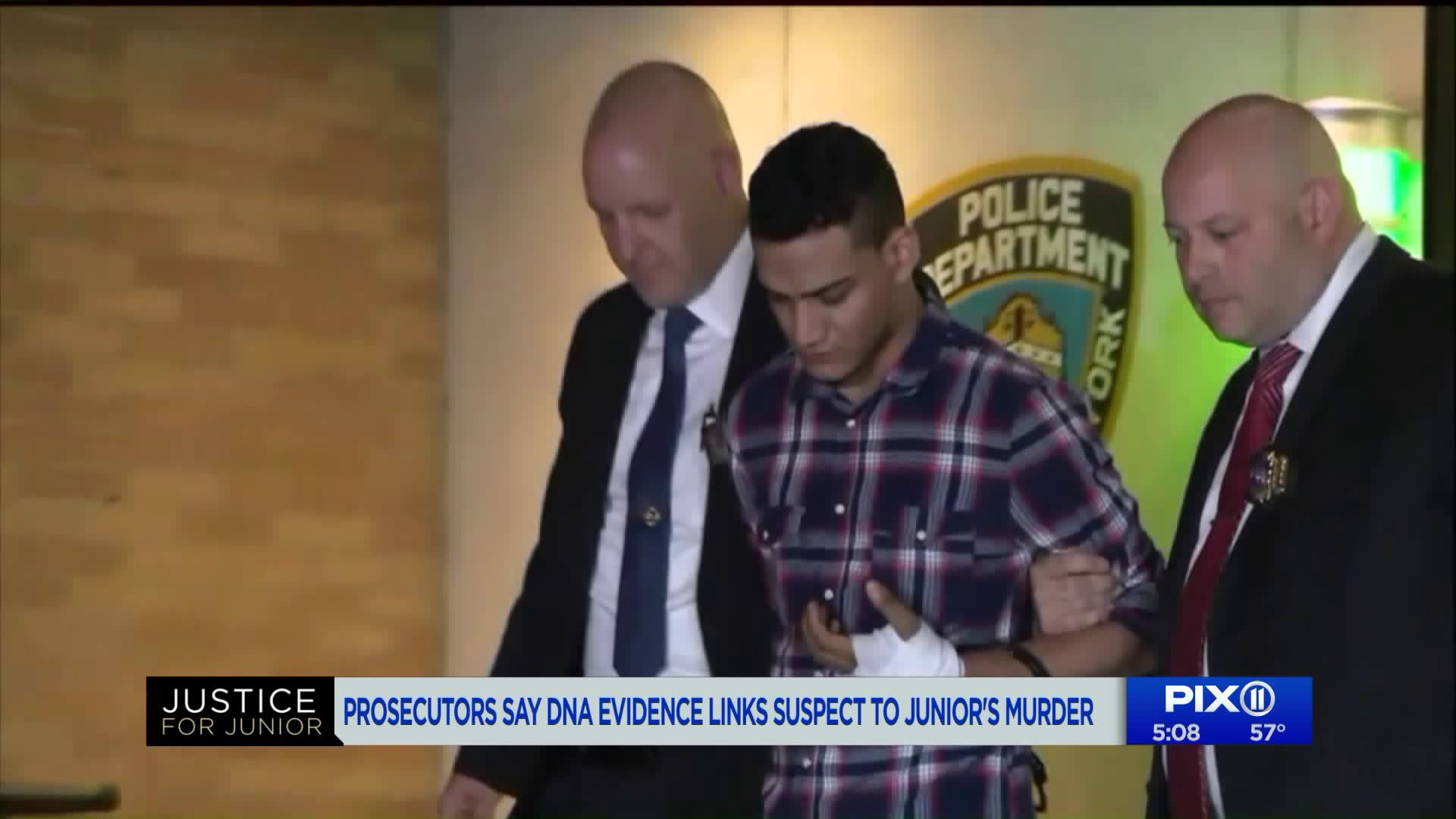 It was also revealed Thursday that the blood of murder suspect Elvin Garcia was discovered on a rear passenger seat, according to criminalist Matthew Benintendo, who works for the Office of the Chief Medical Examiner.

THE BRONX — A DNA expert testified Thursday that the blood of 15-year-old Lesandro “Junior” Guzman Feliz was found on the interior of a rear passenger door of a getaway car after the teen was fatally stabbed in June.

The expert also revealed that the blood of murder suspect Elvin Garcia was discovered on a rear passenger seat of the same car, effectively linking Garcia to Guzman Feliz's murder.

The DNA testimony, by Matthew Benintendo, a criminalist supervisor at the Office of the Chief Medical Examiner, provided a detailed, important component in a case that has been notable for graphic surveillance footage.

Benintendo testified he received DNA swab samples from all 14 suspects arrested in connection with Junior’s murder.

Elvin Garcia was the first sample to be publicly connected to evidence, in testimony late Thursday morning.

Benintendo said that DNA analysis showed that both Junior's blood and Garcia's blood were in a 2011 white Acura that the suspects had used to get away from the Cruz & Chiky Bodega in the Belmont section of the Bronx, the night of June 20, 2018, when Junior was killed.

Garcia's blood was also found in a second getaway car, a Honda Accord, according to the forensics expert.

When Garcia was arrested for Junior's murder last summer, he was wearing a bandage on his left hand. Prosecutors said that he'd injured his hand during the stabbing frenzy and then made up a false story about the injury when he sought help at a Manhattan hospital.

In court on Thursday, Benintendo also testified that more than 100 items had been sent to the medical examiner's office by investigators at the murder scene, but that only three items had yielded DNA evidence that could definitively link any of the five men on trial for first-degree murder in Junior's killing to the crime.

All three items that provided DNA evidence were taken from the alleged getaway cars.

Attorneys for two of the men, Estrella and Rivera, asked Benintendo on cross-examination on Thursday if their clients' DNA had been found on any of the evidence that the criminalist’s lab had analyzed. The forensics expert said that it had not.

He also said that a lot of the evidence tested were knives and razor blades that investigators had confiscated in relation to Junior's killing. The knives and blades did not reveal significant DNA, Benintendo testified.

Junior’s father, Lisandro Guzman, attended the session, along with about two dozen supporters. Junior’s mother, Leandra Feliz, came to court in the afternoon, after the DNA testimony had finished.