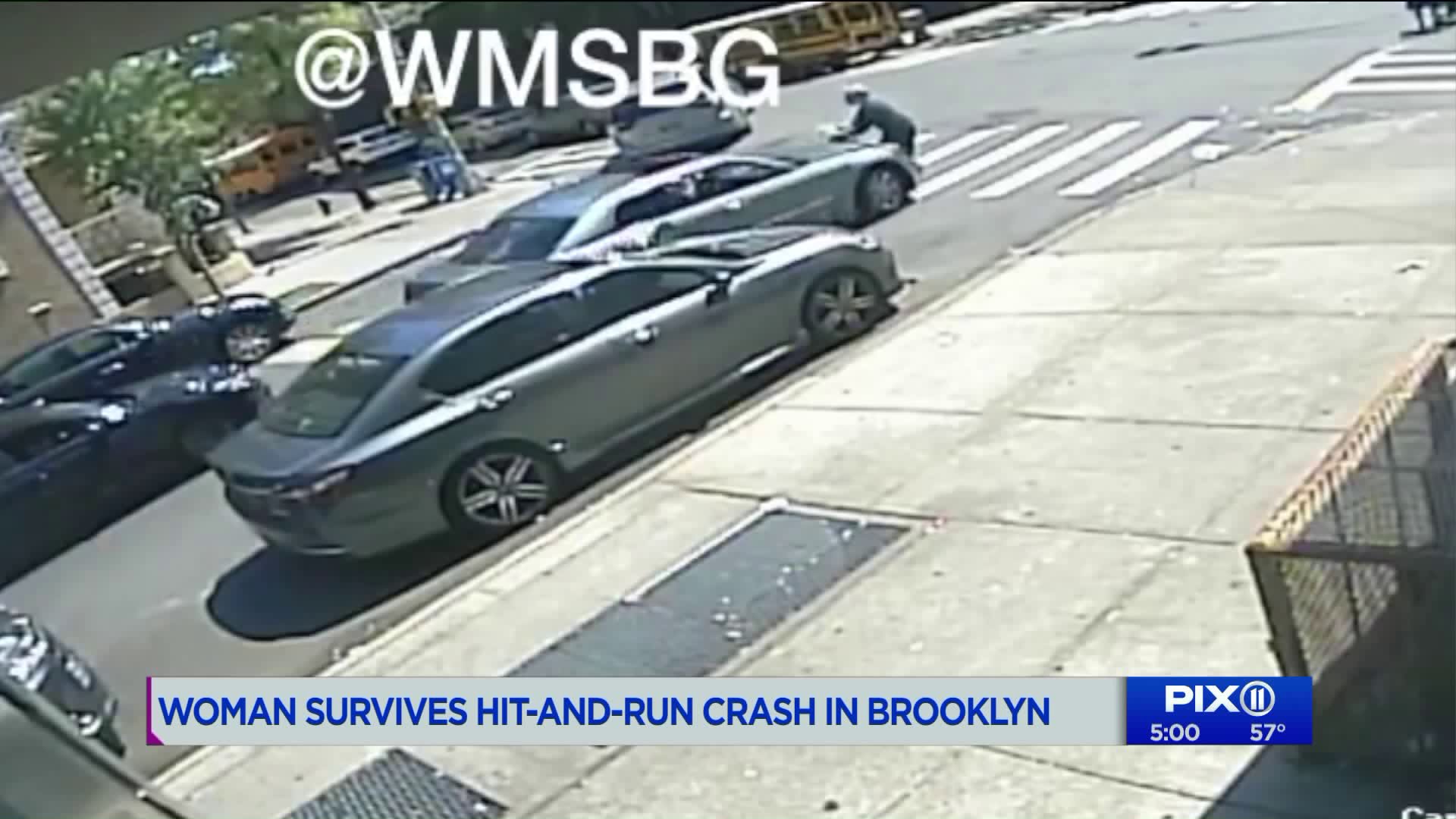 The pedestrian, 25, was taken to Bellevue Medical Center for injuries to her leg, pelvis and collarbone, police said.

WILLIAMSBURG, Brooklyn — Police are looking for the driver who allegedly fled the scene after striking a pedestrian in Brooklyn Wednesday afternoon.

It happened around 2:50 p.m. at the intersection of Lee Avenue and Middleton Street in Williamsburg.

As a motorist stopped her Volkswagen at a stoplight at the intersection, an unidentified driver in a Chrysler sideswiped her car and hit a pedestrian who was crossing the street, according to police.

The vehicle fled the scene.

The pedestrian, 25, was taken to Bellevue Medical Center for injuries to her leg, pelvis and collarbone, police said.

The Chrysler believed to be involved in the incident was later found unoccupied near Franklin and Dekalb Avenues, about a mile away.