Gov. Cuomo ramps up investigation into anti-Semitic attack in Williamsburg 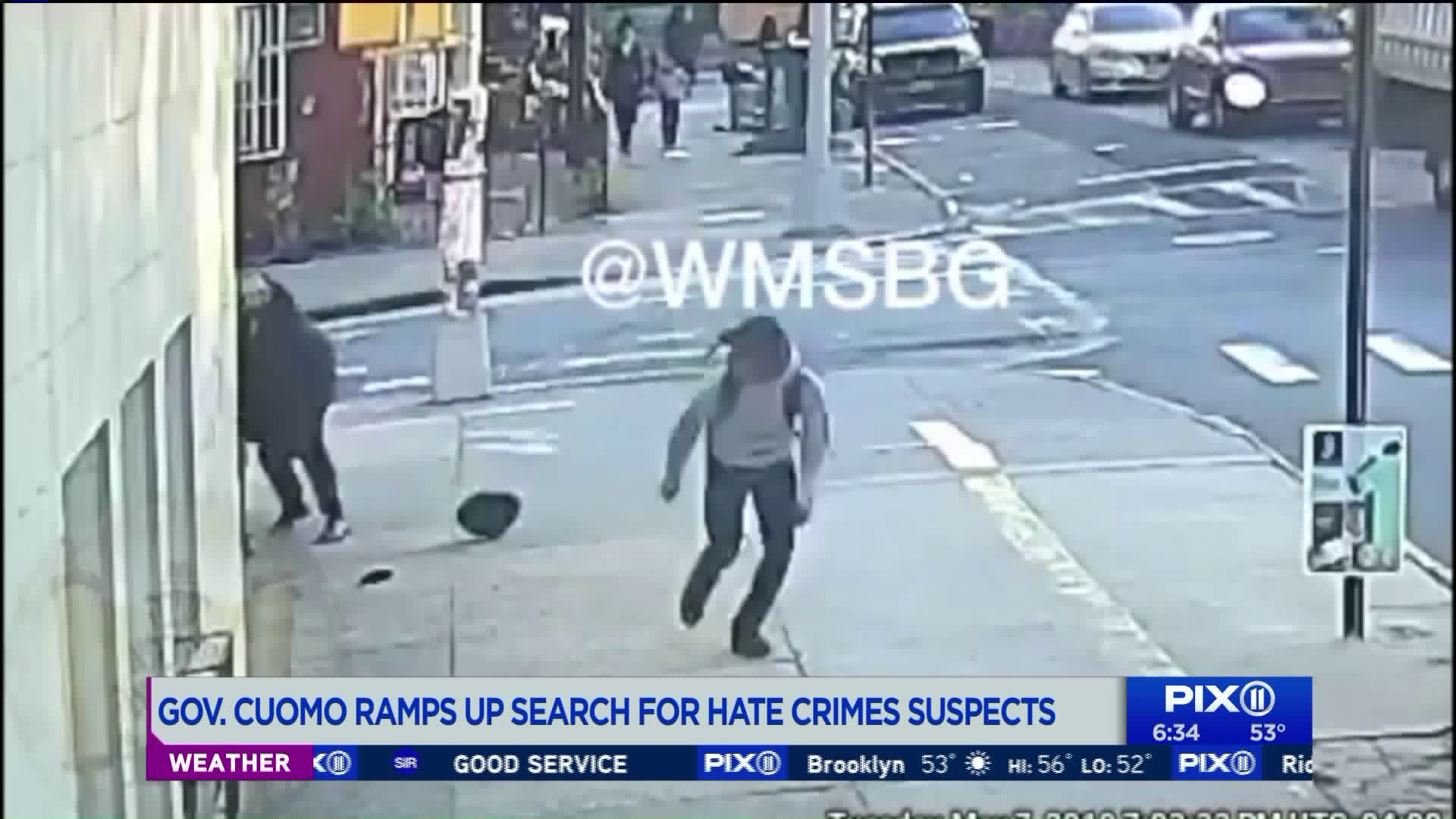 Gov. Andrew Cuomo is ramping up investigation into an anit-Semitic attack in Williamsburg.Cuomo has directed the New York State Police Hate Crimes Task Force to provide resources the NYPD needs to ensure the alleged attacker will be held accountable.

WILLIAMSBURG, Manhattan — Gov. Andrew Cuomo is ramping up investigation into an anti-Semitic attack in Williamsburg.

On Tuesday, a 39-year-old man was walking in the vicinity of Rodney Street and Marcy Avenue in Williamsburg when he was punched in the head, police said.

The victim, who was dressed in religious attire, was treated for pain to his head, face, ringing in his ear and a small bruise, police said.

Just days before the Tuesday attack, police responded to reports of a possible hate crime. Early Saturday, a 42-year-old man wearing religious attire was in the vicinity of Broadway and Lynch Street when he was attacked by a ground of men who made anti-Semitic comments toward the victim.

In light of the recent attacks, Gov. Cuomo issued a statement, issuing help to the NYPD find out who is responsible.

"In New York, we have zero tolerance for such abhorrent acts of anti-Semitism. Crimes like this are not just wrong - they are illegal. I have directed the New York State Police Hate Crimes Task Force to provide the NYPD with any resources needed to assist in the investigation to ensure those responsible are held accountable to the fullest extent of the law.

"We will always stand with the Jewish community against anti-Semitism in all its forms. There is no place for hate in our State, and we must continue to stand united against the cancer of division and hate spreading across our nation."

New York City has seen a recent uptick in hate crimes, according to NYPD stats.