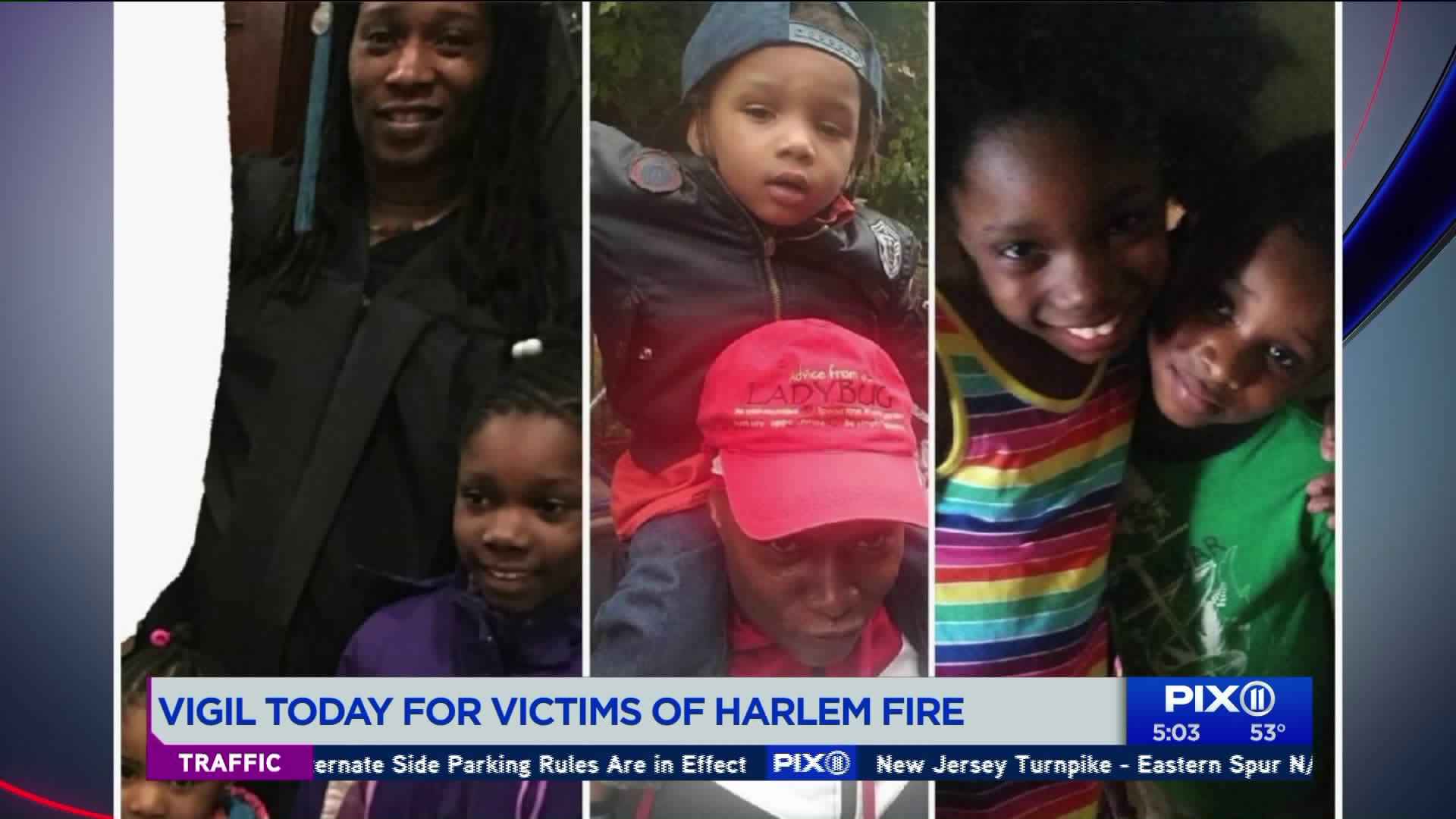 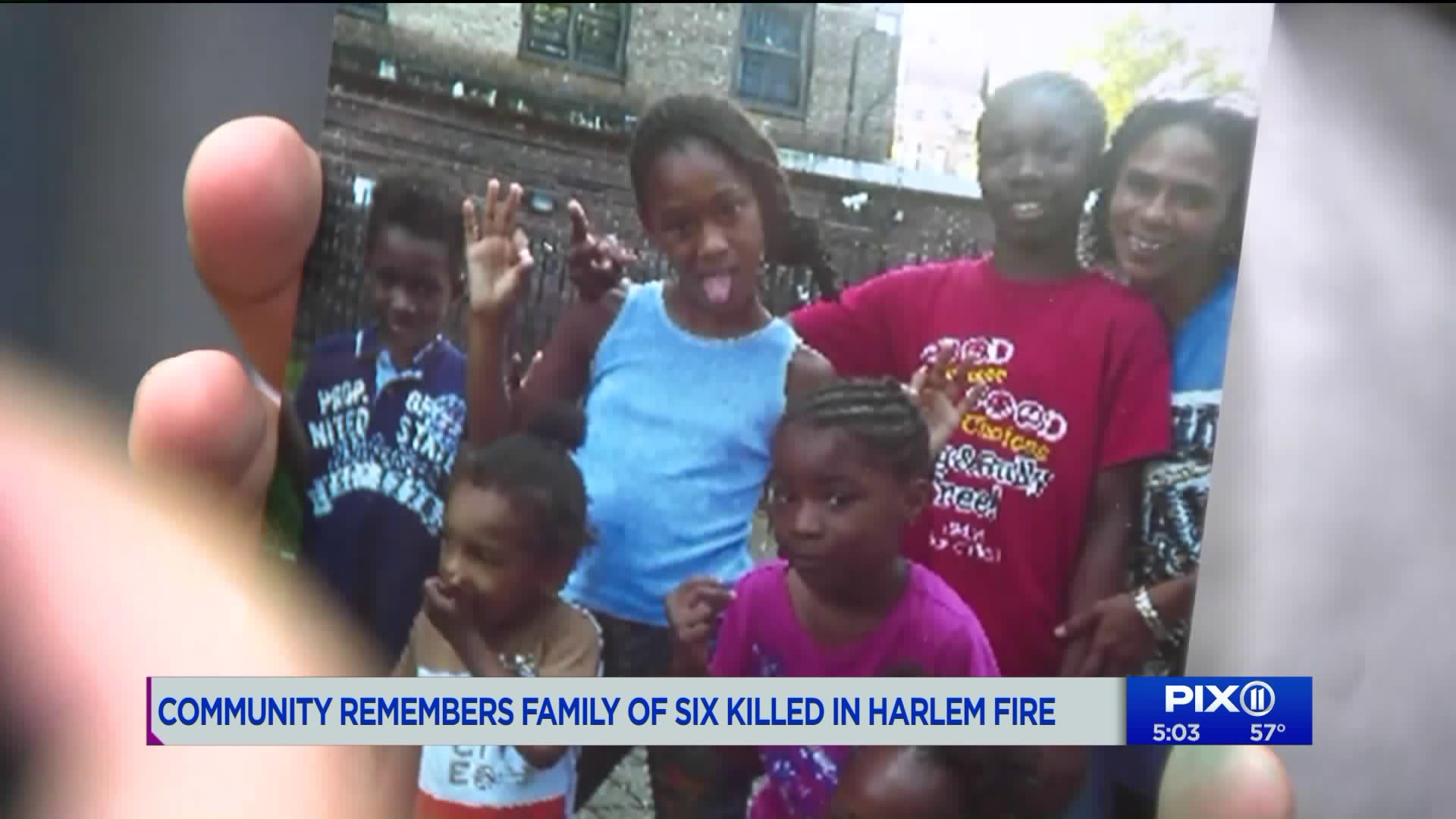 HARLEM, Manhattan — A community is coming together to support the family of six who were killed when a fire tore through their Harlem apartment.

A GoFundMe page was made to help pay for funeral costs and arrangements for Andrea Pollidore and her children.

A vigil will also be held at noon at PS 194, where three of the four children attended. Grief counselors will be on hand at the school for students.

Pollidore, 45, and her four children — two girls, Nakiyra, age 11, Brooklyn, age 6,  and two boys, Andre, age 8 and Elijah age 3 — and Mac Abdularaulph, 33, believed to be Pollidore's stepson, were killed early Wednesday when the fire, which fire officials say was caused by unattended cooking, spread throughout their unit at the Frederick Samuel Apartments along West 142nd Street in Harlem.

Fire investigators released images, showing a burned pot on the stove, which was left unattended and caused the blaze.

According to fire officials, no fire alarm was detected, meaning Pollidore and her children had no advance warning of the danger inside their home.

Grief continued to grip the community Wednesday night, as Pollidore’s surviving daughter Raven Reyes spoke about her mother and siblings in what officials say is the deadliest NYC fire since 2017.

"All my little brothers and sisters .. my mom and even my stepbrother passed away," Reyes said. "They were all good people."

During a vigil Wednesday evening, relatives remembered Pollidore as a nurse, a kind neighbor and a survivor. The single mother survived a previous fire in Brooklyn and moved to Harlem three years ago with her children.

"She’s so full of energy, life, everything she’s so loving," said Maxine, a family friend. "Everyone loved that mom."