Bronx mom afraid to sleep, needs to make sure there are no ‘roaches crawling all over’ her baby in NYCHA apartment 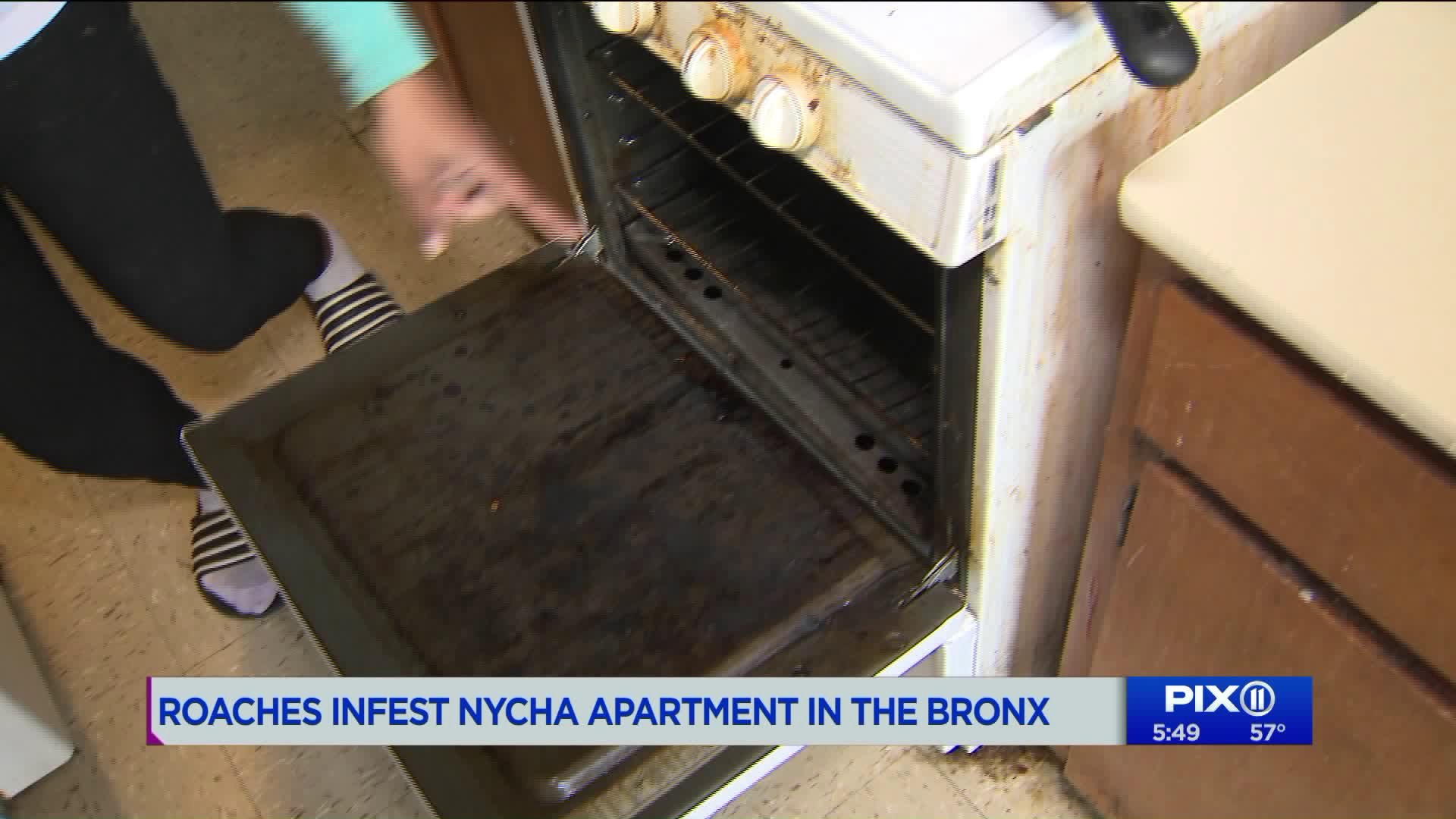 A Bronx mom says she can`t sleep at night because living her apartment is like living in a horror movie. Roaches are everywhere.

A Bronx says her New York City Housing Authority apartment is so full of roaches that she's scared to sleep.

Antoinette Riley is a mother of four and is especially worried about her 10-week-old daughter, Tyshae.

“I have to stay up in the middle of the night and watch to make sure there are no roaches crawling all over my baby," she said from her home in the Castle Hill Houses. "When I turn the lights off, they are all over the walls, the floor. It’s a nightmare."

Riley said she was approved for a transfer in April.

“Nobody wants to help me. I don’t know. I can’t. I need help," she pleaded in a cellphone video sent to PIX11 on Facebook.

According to a NYCHA spokesperson, "the vacancy rate in NYCHA is less than 1 percent, that translates into just 187 vacant apartments across the city in NYCHA. And exterminators last treated the apartment on April 2, and a new extermination request was created on May 9. Staff previously attempted to access apartment for extermination three times on April 8. Staff approved a transfer request for Riley on April 22, and she is on a waiting list at a new development.
NYCHA prioritizes work order requests related to immediate health and safety concerns."