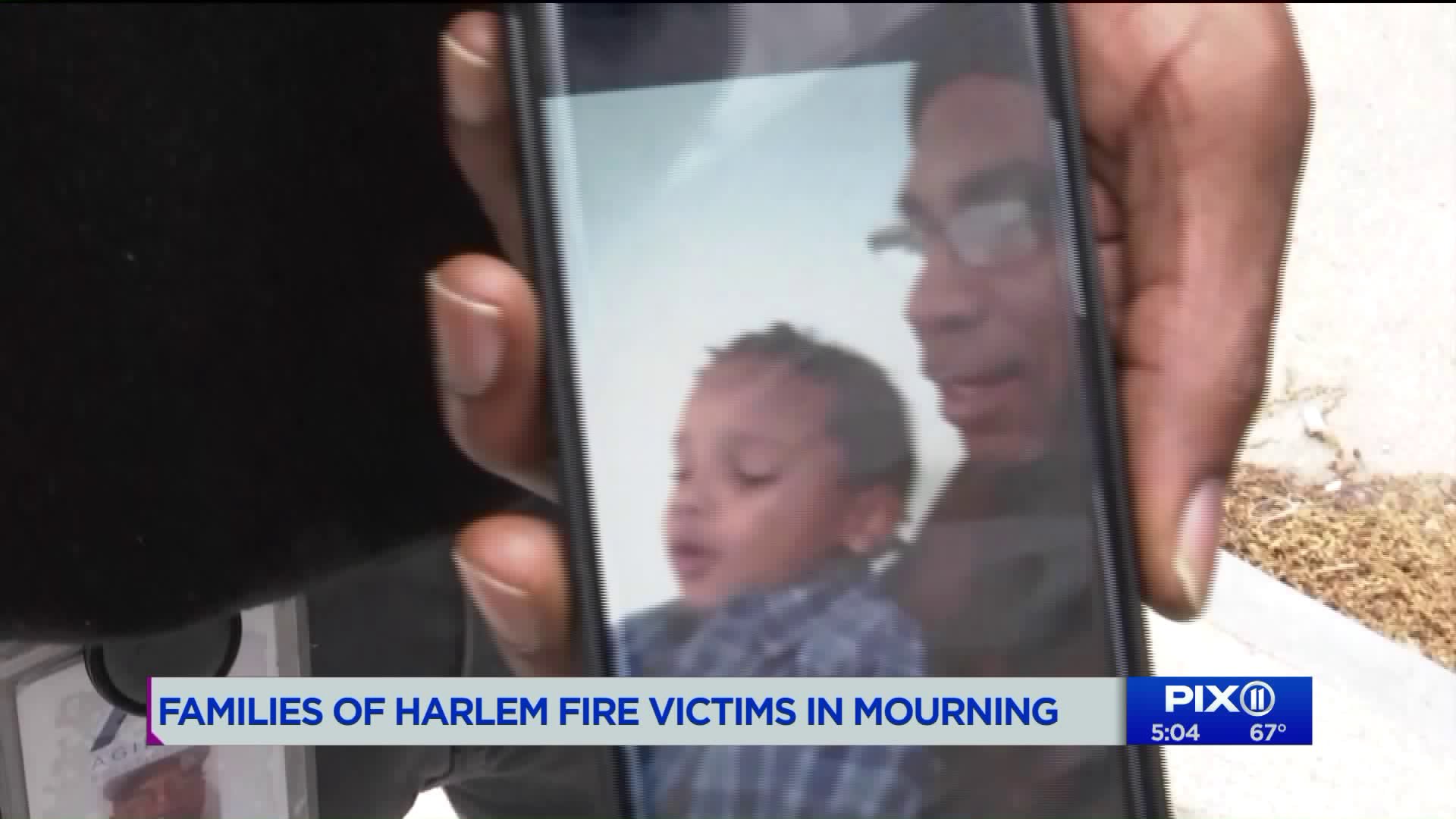 Family and friends are in mourning over the six victims killed in the Harlem fire.

HARLEM, Manhattan — A woman who was killed in a blaze at her Harlem apartment early Wednesday, along with her children, had survived two previous fires, family members confirmed to PIX11.

Andrea Pollidore, 45, was among the six people killed in a Harlem apartment fire. FDNY says Pollidore, her four kids and her stepson were killed in the overnight blaze. (PIC: Courtesy of family member)

Andrea Pollidore, 45, her four children — two girls, ages 11 and 6, and two boys, ages 8 and 3 — and a 33-year-old man believed to be the woman's stepson, were killed overnight when a fire that began on a kitchen stove tore through their NYCHA apartment.

The cause of the fire appears to have been a stove burner that was left turned on, fire officials said, adding that so far there is no indication the fire is suspicious.

Family members said Andrea Pollidore is no stranger to tragedy.

Nineteen years ago, Pollidore was severely burned on her arms and hands when her home caught fire. Then, in 2013, the Brooklyn brownstone where Pollidore lived with her family was destroyed by a fire and they were forced to move to their NYCHA apartment in Harlem.

PIX11 also learned that Pollidore's brother, 21-year-old Kristen McKenzie, was shot and and killed by an off-duty cop at a Brooklyn nightclub in March 2007.

According to the New York Times, the shooting spurred from a fight that broke out between a large group of people on the dance floor at Elite Ark, near Starrett City.

When McKenzie and an unarmed officer bumped into each other during the scuffle, McKenzie pulled out a gun and fired at his head, missing him. The unarmed officer tackled him, but McKenzie ended up straddling the officer and witnesses said he continued to wave the gun around.

A second off-duty officer in the club shot McKenzie four times, killing him.

Pollidore spoke to the New York Times, saying McKenzie moved to Brooklyn from Trinidad two or three years prior, and worked in construction.