Uber, Lyft drivers log off in protest for better pay 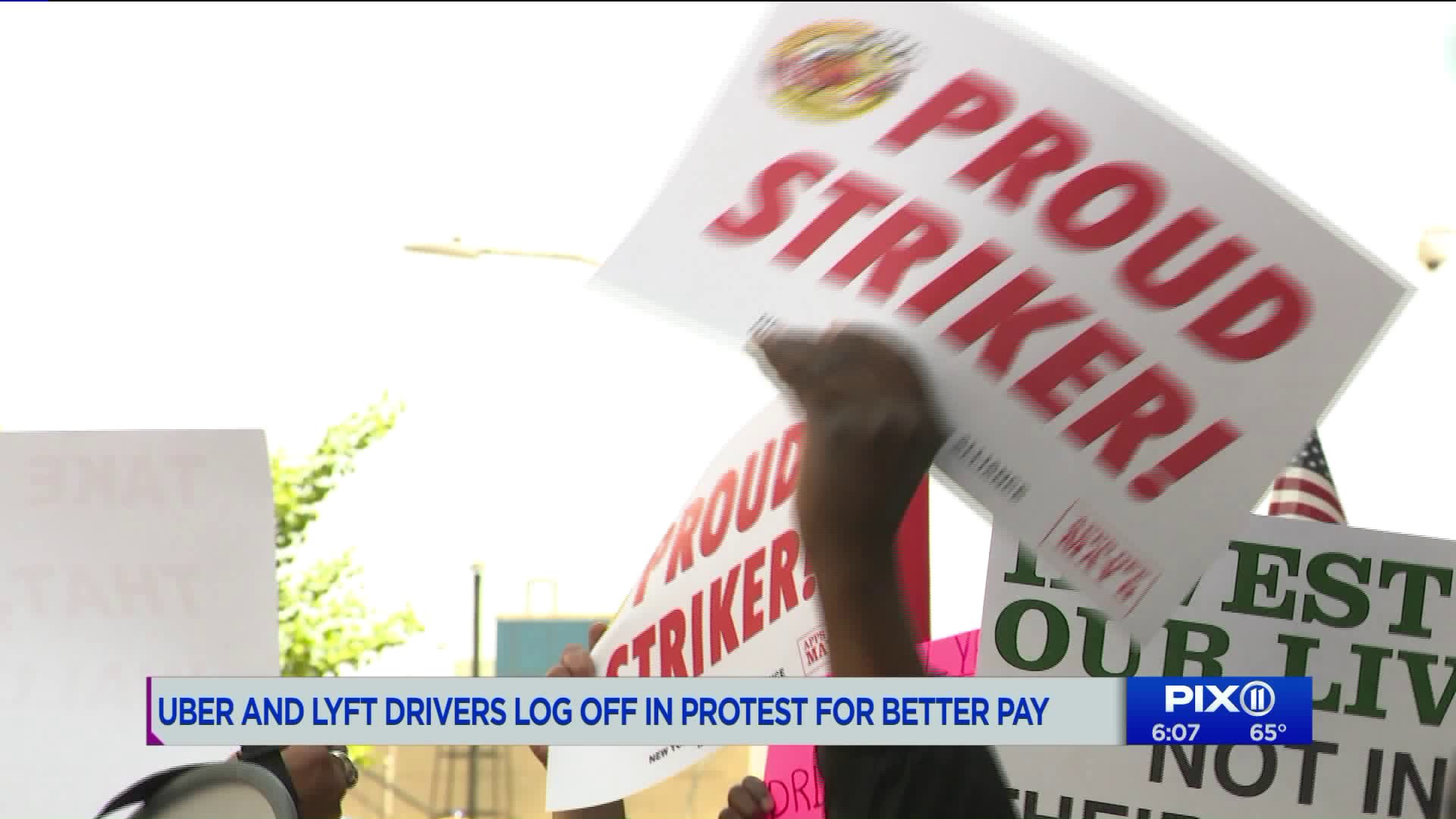 New York City drivers working for ride hailing apps logged off Wednesday in protest of low wages.Uber, Lyft, Juno and Via drivers were urged to strike between 7 a.m. and 9 a.m., the height of the morning rush.This comes as Uber prepares for its initial public stock offering. The company is valued at more than $90 billion.

Uber, Lyft, Juno and Via drivers were urged to strike between 7 a.m. and 9 a.m., the height of the morning rush.

This comes as Uber prepares for its initial public stock offering. The company is valued at more than $90 billion.

"They earn that all off the backs of the drivers. If it wasn't for all the drivers here, Uber, Lyft, they wouldn't be selling shares of stock that we helped them achieve," he said.

App based drivers protested across the globe. Locally, AIR11 was overhead as some drivers, without passengers, crossed the Brooklyn Bridge.

Others joined protests outside Lyft and Uber offices in Long Island City.

Drivers told stories of working six to seven days a week and more than 12 hours a day.

According to Lyft, many of its drivers earn on average $20 an hour. But that is before those drivers pay for gas, insurance, taxes and fees.

Uber said there were only about 500 fewer drivers Wednesday morning compared to the week before at the same time, a small percentage of for hire drivers in the city.

But the head of the New York Taxi Workers Alliances said the day's strike made a difference.

Uber said a statement, “Drivers are at the heart of our service, and we can’t succeed without them. We’ll continue working to improve drivers’ experience for and with them, every day.”

Lyft noted many of its drivers use the app for extra income.

"We know that access to flexible, extra income makes a big difference for millions of people, and we’re constantly working to improve how we can best serve our driver community."

The Taxi and Limousine Commission recently passed a new minimum pay standard. According to the TLC, this will help many drivers take home almost $10,000 more a year.