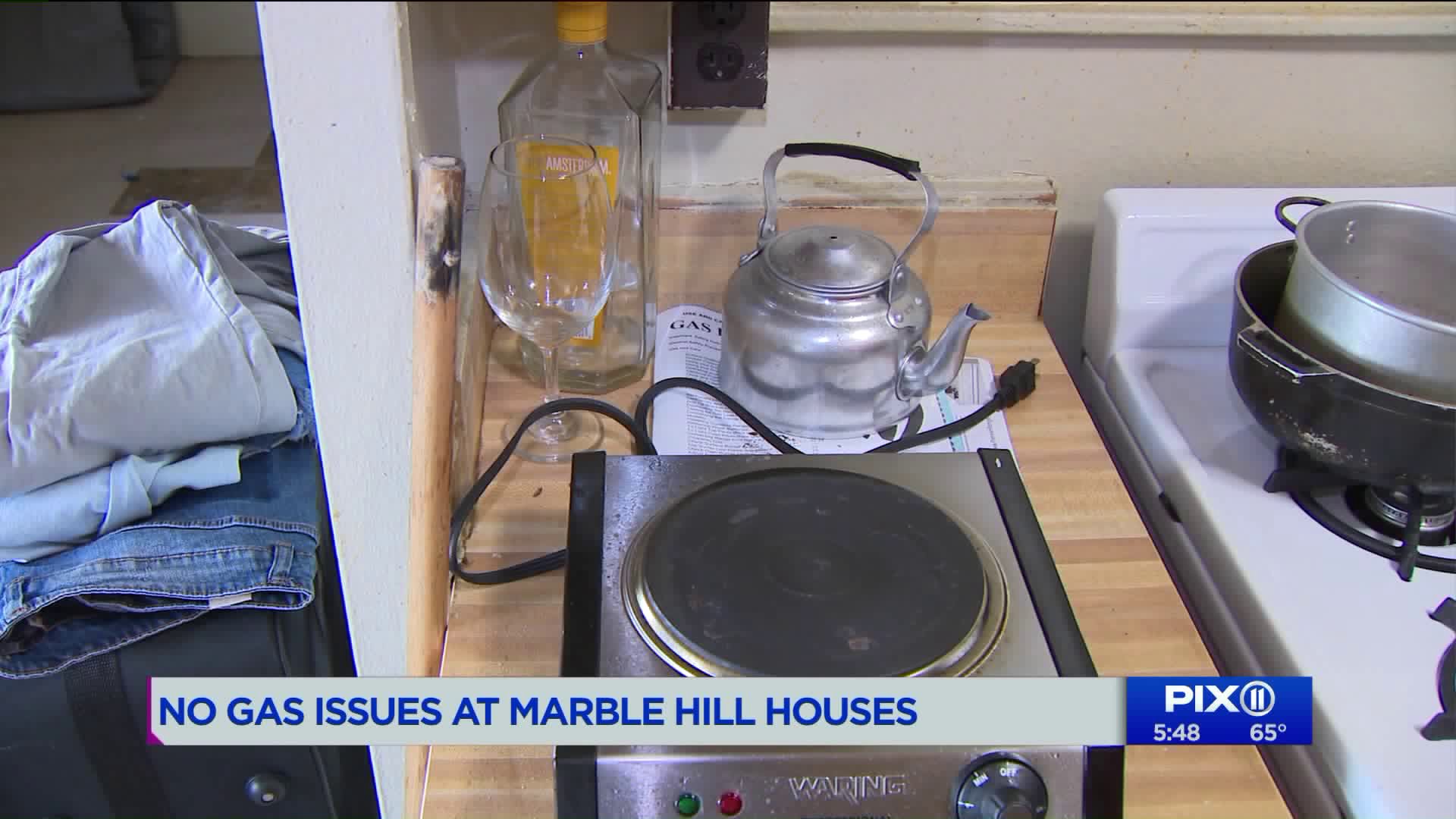 Residents at the Marble Hill Houses in the Bronx tell PIX11`s Monica Morales they have no gas, being forced to use hot plates to cook, instead of the stoves in their apartments.

MARBLE HILL, the Bronx — At least three buildings in the Bronx haven't had gas service for over a month, according to residents.

Maria Lugo lives at the Marble Hill Houses and told PIX11's Monica Morales she hasn't been able to cook in her apartment for weeks. "It's been over a month... a meeting was held this past Friday, but we don't know when the gas will be turned back on," Lugo said in a video she sent to Morales.

Lugo said the problem is affecting at least three other buildings.

"When we call they say, 'oh yeah, It's going to come back the next day,' and they say that for weeks," said one resident.

Another neighbor, Emily Kelly said it's not fair. "I have to buy food outside, and then I gotta' pay rent," she said to PIX11. "I would like to use my stove. I have meat in my refrigerator... I wanna' cook!"

"We need to cook. We need gas, because that is with our rent, and we pay rent on time," said resident Beverly Camejo. "They expect us to pay rent, but how about give us our services."

A NYCHA spokesperson told PIX that the gas service interruptions affecting Marble Hill Houses are a result of broken valves, and that they will continue to provide bi-weekly updates throughout the service restoration process.

The restoration process includes shutting off the gas service, making necessary repairs, and inspection by the Department of Buildings in order to safely restore service.

A Con Edison spokesperson told PIX that they were notified by NYCHA there were gas leaks in early April and are waiting for notification from NYCHA to inspect the completed work.

If you have a story,  send a selfie video to Monica Morales at monica@pix11.com.

Below, watch this weeks' "Monica Makes It Happen" Facebook Live episode where Monica discusses whether NYCHA residents who aren't getting proper services should get rent reimbursement: