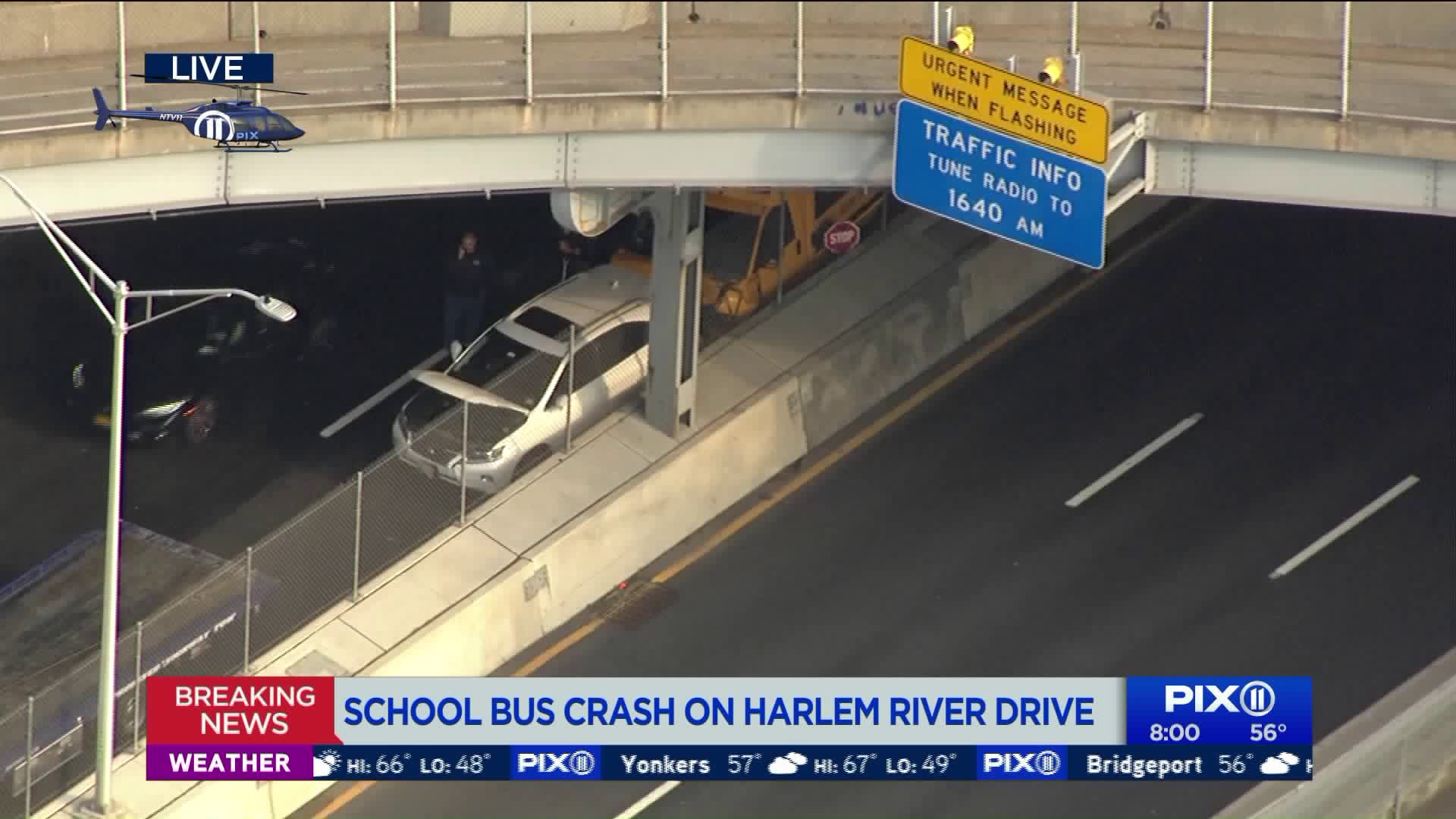 It happened in the vicinity on the southbound Harlem River Drive near East 138th Street in Harlem, according to FDNY officials.

AIR11 shows part of the collision, and a school bus and white vehicle were at the scene.

It was not immediately known whether children were on board the bus.

Expect traffic in the area as only one lane is currently open.