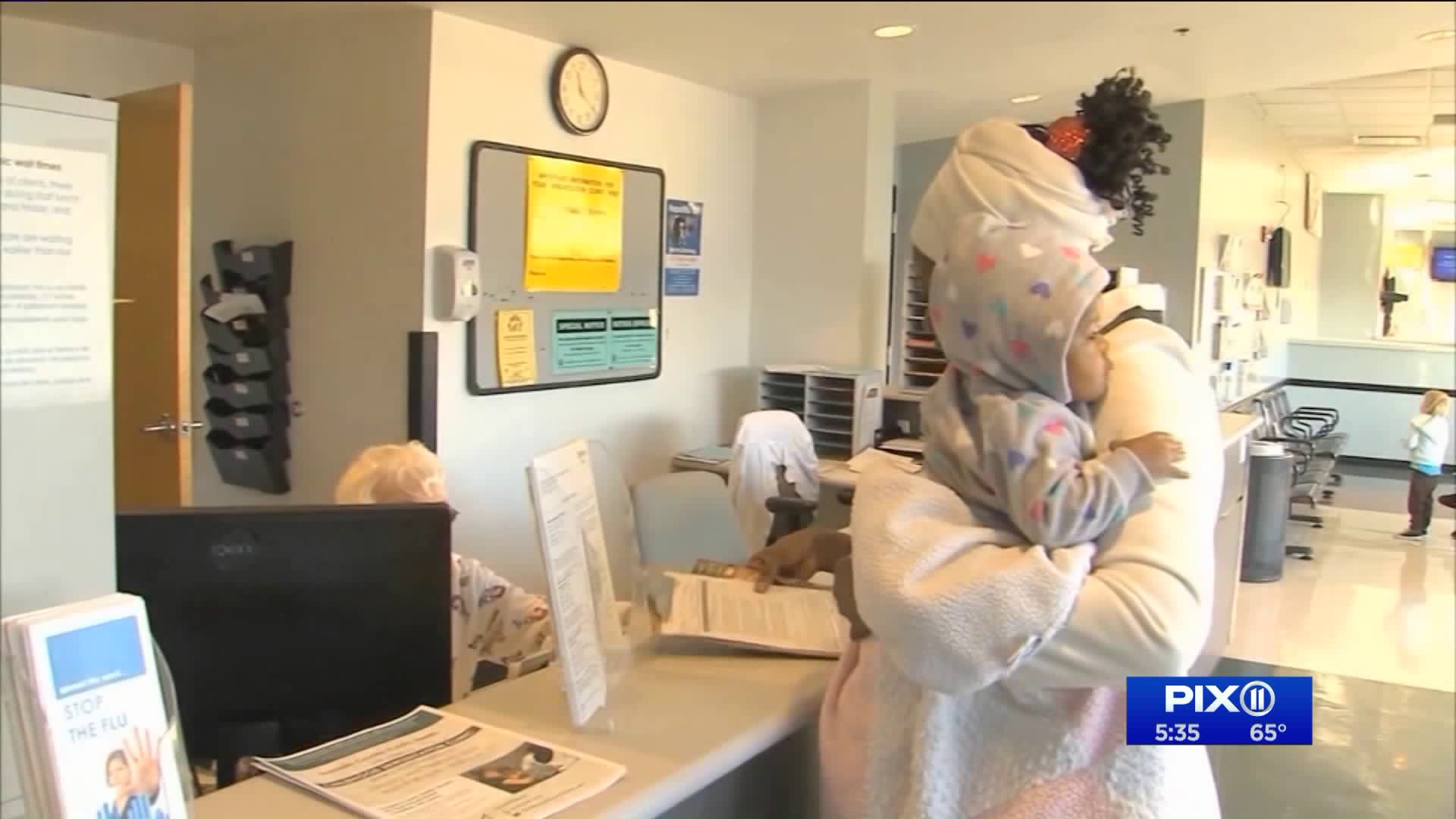 The first-term Democrat signed the measures alongside First Lady Tammy Murphy, as well as a handful of lawmakers and other advocates at University Hospital in Newark.

Murphy said the measures show the state acknowledges that "every mother, every birth, and every child matters."

The new laws were enacted just a day after the Centers for Disease Control and Prevention released a study showing pregnancy-related deaths are rising and that being black is a main risk factor. New Jersey ranks near the bottom among states, according to the state Department of Health.

"This is the widest racial disparity in the entire nation, and it is wholly unacceptable," said First Lady Murphy, who has made maternal health her key mission.

One measure provides for Medicaid to cover doulas. Another sets up a pilot program for perinatal care for those on Medicaid.

The third bill bars early, elective deliveries that are not medically necessary for those on Medicaid and on the state's health benefits plans. The bill's sponsors say that's important because early deliveries could present health risks for babies and moms, and that labor should be induced only if medically necessary, not because it's simply most convenient.

The final measure codifies a current practice by requiring perinatal risk assessment forms be filled out by Medicaid providers.

The roughly hour-long bill-signing ceremony got emotional at times.

Jaye Wilson, a community health nurse who is also the founding president of a networking group for mothers of color called Melinated Moms, said she has been on Medicaid while pregnant. She got emotional talking about how two pregnancies ended in her losing her babies. Wilson, who is black, said she didn't think she had the right to ask questions, and she also attributed the losses in part to her skin color.

She said she thinks the legislation could help mothers of color in particular to have their voices heard.

"Through this bill they showed us the impact of the sound of our voices (doesn't) just live as a statistic on a piece of paper," Wilson said.

The CDC study found that black women are three times more likely to die before, during or after having a baby and that more than half of these deaths are preventable.

The cost of the new measures isn't entirely clear.

A legislative estimate accompanying the bill calling for Medicaid coverage of doulas says that in 2017 slightly more than 31,000 of the 101,154 births in the state were financed through Medicaid, but the estimate does not say how many of those on Medicaid would be likely to use doulas. The costs for doula care range from about $100 to $1,500 per birth, according to the estimate.

Doulas are often paid for privately by families, but they can be a life-saving advocate and educator for expecting moms.

"And that’s what they need. They need someone who is going to speak up for them when they can’t," said doula Shantel Pipkin, who recently acted in that role when one of her clients called from a hospital waiting room complaining of severe cramping.

"She stood in the waiting room for about six hours without seeing a doctor," she said. "I came running to her. By the time I got to her, she started to bleed. I then went and got doctors' attention and afterwards, she lost her baby."

For Medicaid to cover doulas, New Jersey will need to apply for federal approval.

The bill setting up a pilot program also carries what legislative estimates say are indeterminate costs and potential savings.

The other two bills did not carry legislative fiscal estimates.