Some NYCHA senior centers are set to close; residents are outraged 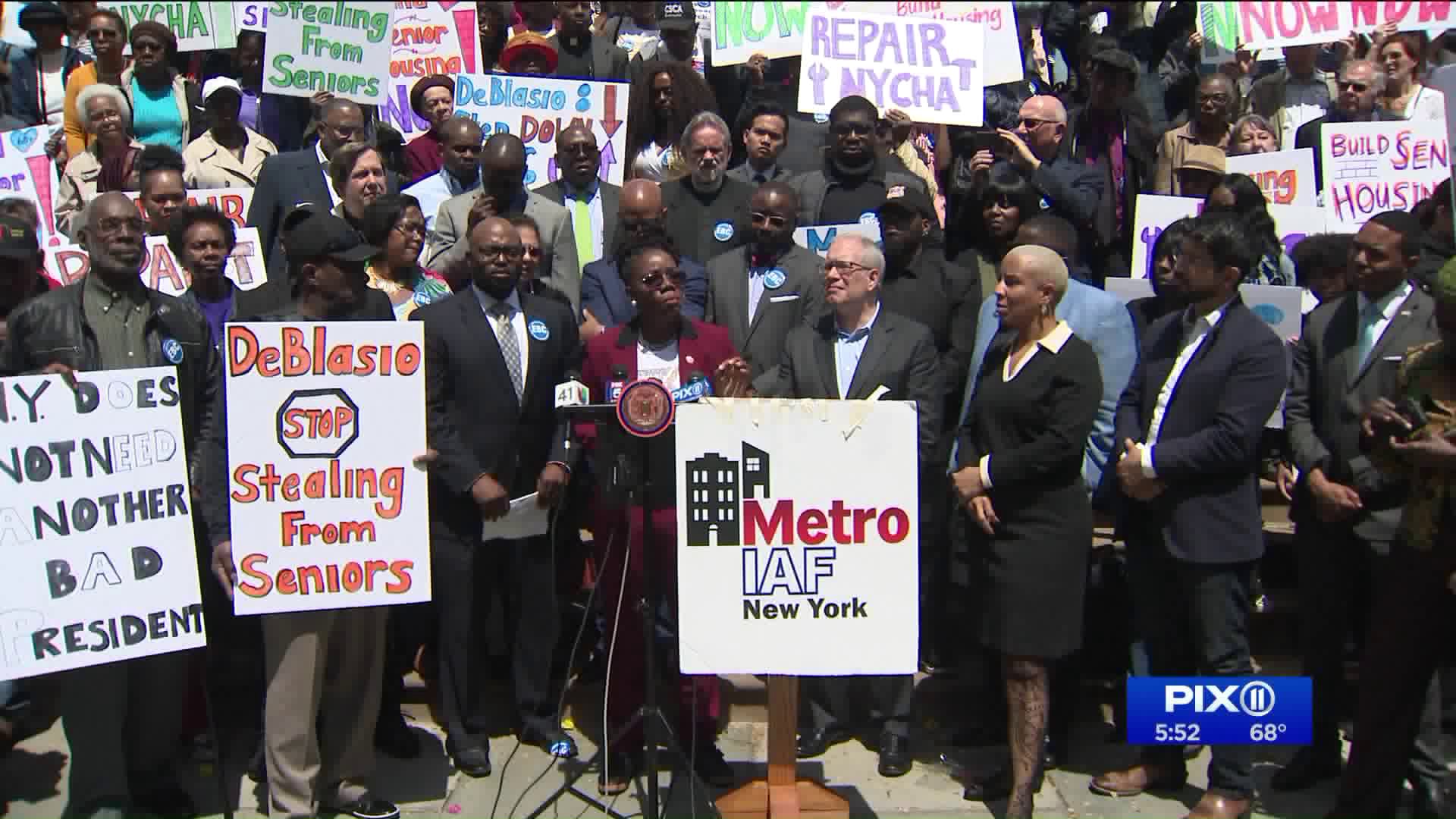 More than a dozen NYCHA senior centers across the city are set to be closed or consolidated.

NEW YORK — More than a dozen NYCHA senior centers across the city are set to be closed or consolidated and tenants are not happy.

“The city allocated $500 million for new housing for NYCHA seniors. Then the mayor pulled a bait-and-switch, betraying thousands of low-income seniors in the process,” said Metro IAF leader Rev. David K. Brawley. “Until the mayor lives up to his promise and restores funding for the senior housing program, low-income seniors will be stuck in units with broken elevators, dark stairwells, mold, and other hazards that are even more dangerous for the elderly.”

“Our commitment is the same today as it was last June – we are developing six public sites with 1,000 homes for seniors. These developments are just a portion of our effort to serve 30,000 seniors by 2026, and we have financed over 7,000 homes for seniors to date. We recognize there was public confusion about the details of this plan, and we wish he had communicated better from the start – but we never backtracked on our commitment,” said Jane Meyer, Deputy Press Secretary, Office of the Mayor.

Inside the city council executive budget hearing Tuesday, NYCHA Interim CEO  Kathryn Garcia was in the hot seat once again.

News was released that up to 14 NYCHA senior centers across the city are set to be closed or be consolidated to save $885,000.

"There will be a cost effective new approach to providing seniors in public housing with access to senior centers rather than the 'senior clubs' that had been provided by NYCHA directly," de Blasio said. "Those clubs, we found were underutilized, could not provide the same quality of service as our DFTA programs could. So, seniors will go to an established senior center that specializes in supporting seniors. There'll be free transportation provided that will also save us money while providing a better product to our seniors.”