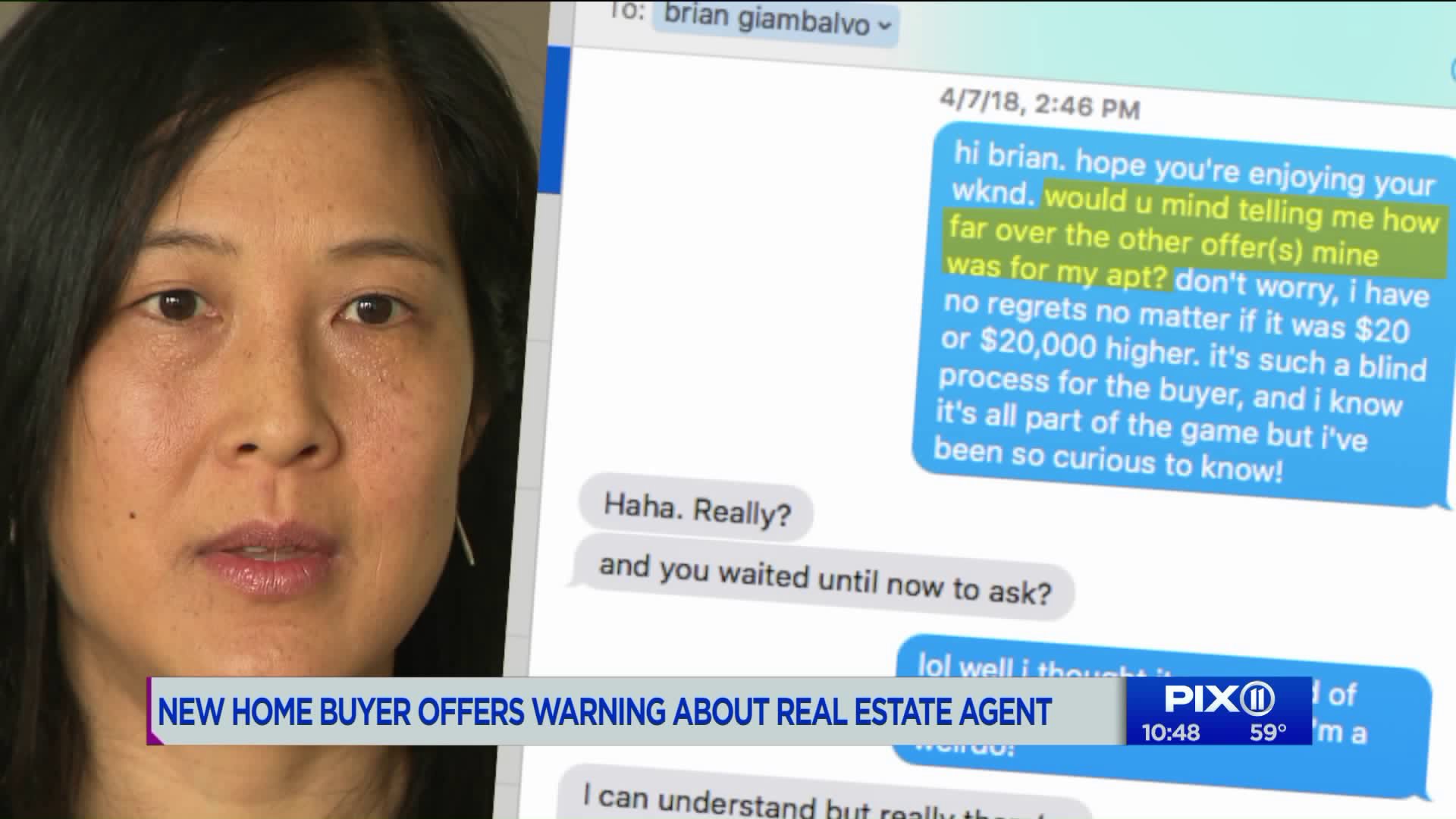 She made an offer on a Park Slope apartment and was told there was another person interested. Afraid she would lose the apartment to the other bidder, she upped her offer to $780,000, $50,000 more than her first offer.

Stephanie Chan saw the one bedroom co-op apartment in Park Slope at an open house two years ago. The asking price was $759,000. The very next day, she had her agent submit an offer of $730,000. The seller’s agent, Brian Giambalvo, from The Corcoran Group, told Chan’s agent, from Douglas Elliman Real Estate, that there was another offer on the apartment. He said the apartment owners wanted to sell the place quickly.

“I provided the same response to the broker who brought us the first offer," he wrote. "Please have your client’s highest and best to me by noon tomorrow. Once I have all offers, I will present to my client.”

Afraid she would lose the apartment to the other bidder, Chan upped her offer to $780,000, $50,000 more than her first offer. It was a stretch. She works as a physical therapist. Chan was very happy when the sellers accepted her offer.

However, after living there for six months, Chan she became curious and texted Giambalvo.

“Would you mind telling me how far over the other offer(s) mine was for my apt?"

“HaHa. Really? And you waited until now to ask?" he wrote. "My answer may surprise you.”

“Yours was the only offer," he wrote.

“He lied…I couldn’t believe he had the gall to tell this to me. I think it was a sign of his arrogance," she said. "He fabricated a bidding war purely for his own personal gain.”

Chan filed a complaint against Giambalvo with the New York State Department of State. It is responsible for licensing real estate brokers and salespersons and enforcing the Real Estate Licensing Laws.

“I’m alleging he violated the law by engaging in fraudulent practices and untrustworthy conduct," she wrote.

“I think it’s very rare that you can prove a broker was lying," she told me.

The DOS responded, “An Enforcement Investigator will contact you..and discuss the case further with you.”

But Chan says she has not been contacted by the investigator in the ten months since then.

“It was painfully obvious the Department of State has no intention of taking my complaint seriously," she said.

After Chan emailed our What a Shame unit at PIX11, we contacted the DOS.

A spokesperson told us “The investigation is ongoing.”

As for Brian Giambalvo, we went to his office in Park Slope, where he is now the Senior Managing Director of City Habitat, which is owned by the same company as The Corcoran Group. I asked him if there ever was another offer. He didn’t answer. I asked if he lied to Chan and her agent. No reply.

He referred me to a spokesperson for The Corcoran Group, who said the agency can’t respond because the matter is under investigation.

Chan wants her $50,000 back, money she says she never would have paid if she knew there was no other offer.

As for Giambalvo, she says “I want his license revoked. He should not be out there practicing real estate.” She added, “I want everyone in the industry who thinks he’s Mr. Hotshot to realize he’s just another cheating, lying broker."

We’ll stay on top of this story.

If you’ve got a story idea, send me an email to whatashame@pix11.com