Funeral is held for longtime Queens prosecutor Richard A. Brown 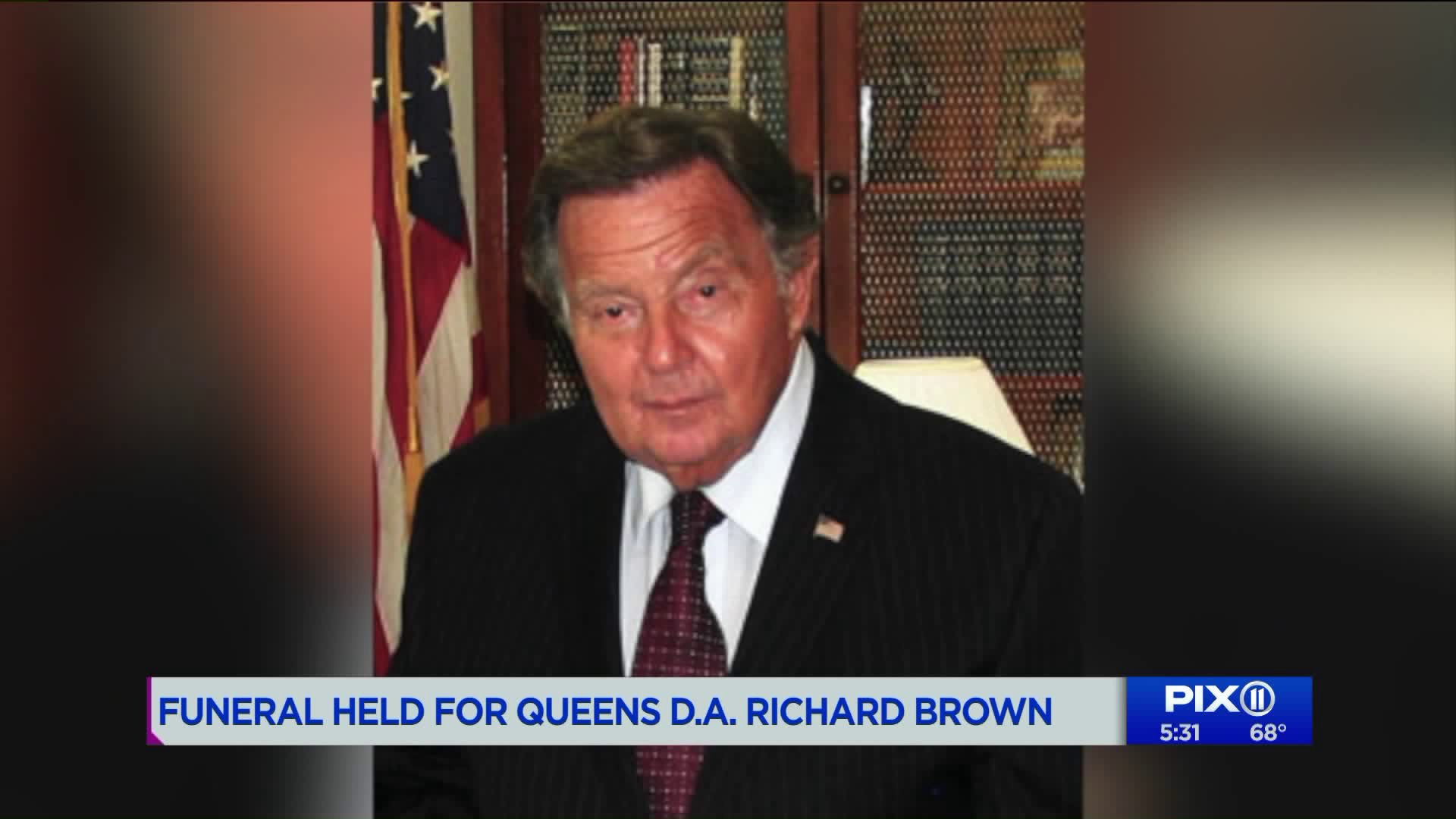 Brown, who was 86 when he died last Friday , had planned to step down June 1 because of health problems caused by Parkinson`s disease.

NEW YORK — Elected officials, community leaders and members of the criminal justice community gathered on Tuesday for the funeral of Richard A. Brown, a prosecutor and judge whose four-decade career stretched from the gritty "Mean Streets" era of the 1970s to the current opioid crisis.

Brown was first appointed district attorney in 1991 by then-Gov. Mario Cuomo, a Democrat. He was re-elected to six terms in office, running unopposed.

He was a judge for 18 years before serving as a prosecutor and was known universally as "Judge Brown."

Brown, who was 86 when he died last Friday, had planned to step down June 1 because of health problems caused by Parkinson's disease.

"Richard Brown made a profound difference," Democratic Mayor Bill de Blasio told mourners. "When we celebrate our progress as a city, he is one of the architects of that progress."

Brown oversaw the creation of programs including drug courts, a domestic violence bureau, an office of immigrant affairs and most recently the Queens Treatment Intervention Program, intended to help addicts avoid prosecution.

Violent crime rates plummeted during Brown's 28 years as district attorney. The number of homicides in New York City fell from more than 2,100 in 1991 to fewer than 300 last year.

NYPD Police CommissionerJames O’Neill told PIX11 he had his first encounter with Brown when he was just a lieutenant in 1996.

“Judge Brown asked us up to his office and wanted to discuss capital punishment," O'Neill said. “He wanted my opinion about something, it says something about the man he was.”

Brown also interacted with former NYPD CommissionerJames Bill Bratton, who fondly recalled taking Brown for a tour of the subways in 1991.

"He loved it," Bratton said.

While Brown and his fellow prosecutors were credited with helping make the city a far safer place, critics said his tough-on-crime policies contributed to unjustly high incarceration rates for black and Hispanic New Yorkers. Protesters chanted "Take down Dick Brown" last fall as they rallied outside a courthouse against what they called his "uniquely punitive policies."

Brown would have faced opposition if he had sought re-election this year, with several potential candidates vowing to reform the office.

A highlight of his judicial career came when he presided over the arraignment of "Son of Sam" killer David Berkowitz in 1977. Brown ordered the 24-year-old who had terrorized the city with a string of murders to undergo psychiatric testing and maximum-security confinement.

"I remember the courtroom was packed to the rafters," Brown told The Associated Press in 2017. "It was almost like the air was taken out of the room when he walked in."

“Every time I found myself in a jam, I’d call Judge Brown for a little bit of advice," Vance said.

“We first met in Albany when I was in the assembly a very long time ago,” said Dinkins. “We’ve always been friends; we played tennis, the service was very moving, he would have been pleased."