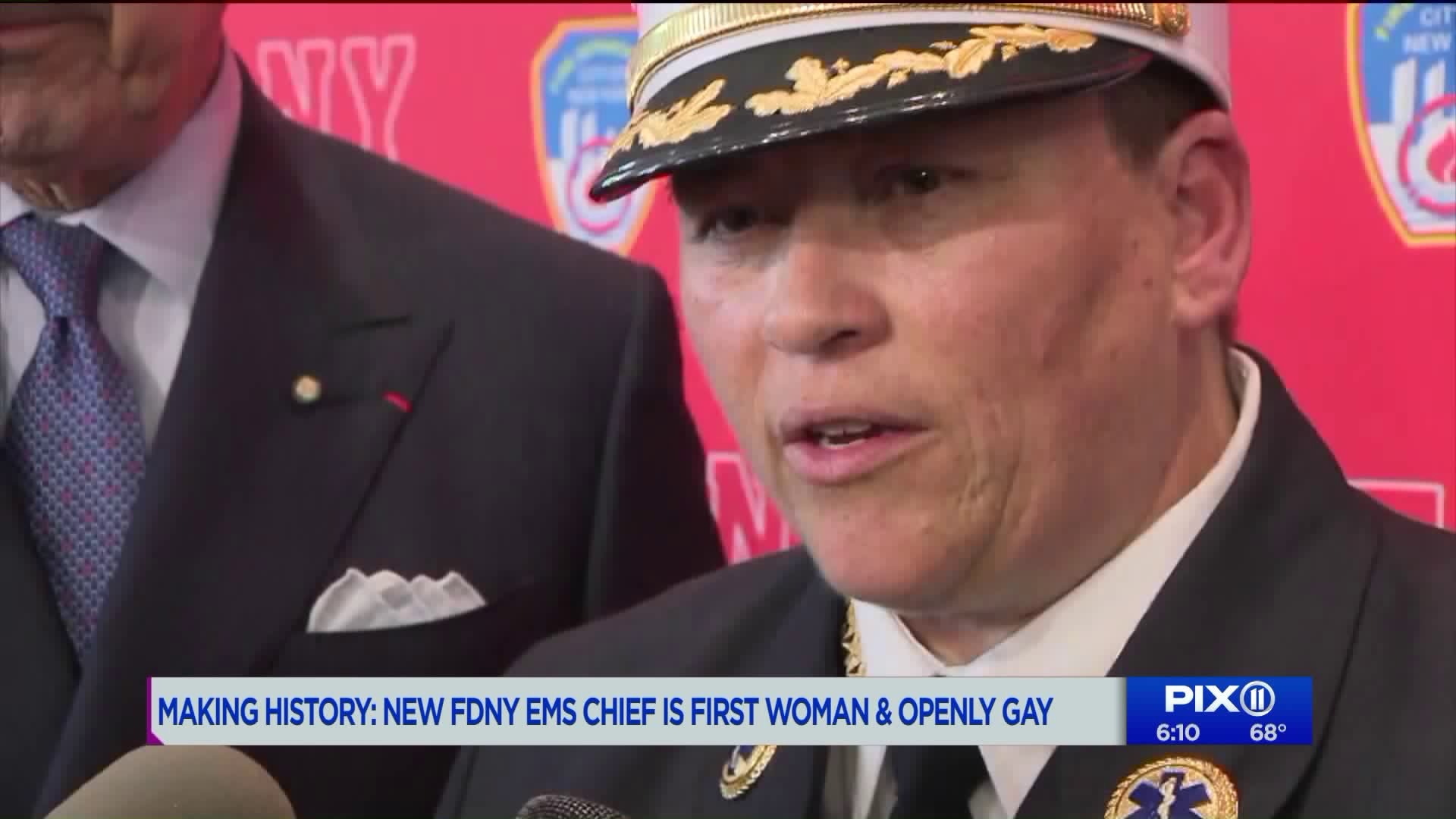 Lillian Bonsignore, a 28-year veteran of the FDNY`s Bureau of Emergency Medical Services, was named Chief of EMS at an event in Brooklyn on Tuesday. Bonsignore, who previously served as Chief of EMS` Academy, will become the first woman appointed to the position in the bureau`s history.

BROOKLYN — Lillian Bonsignore made history Tuesday as the first woman and openly gay person to become the chief of EMS Operations for the FDNY.

Bonsignore, a 28-year veteran of the FDNY's Bureau of Emergency Medical Services, previously served as chief of the EMS Academy.

Under her new role she will supervise over 4,000 EMTs, paramedics, EMS officers and civilian employees and will be responsible for overseeing operations, planning, strategic initiatives and logistics.

The newly sworn in chief told PIX11, “there are some folks out there, some young LGBTQ members that maybe don’t see this as a possibility for them and I want them to know there is nothing that can stop them from finding success. Not who they love, whether they are a woman or man. There’s nothing that can get in their way.”

Bonsignore became an EMT in 1991 at EMS Station 14 at Lincoln Hospital in the South Bronx. She was an instructor in the Certified First Responder program during the attacks on the World Trade Center on Sept. 11, 2001. She has risen through the ranks, becoming a lieutenant in 2005, captain in 2010 and eventually becoming deputy chief in the EMS Academy.

“Lillian Bonsignore is a dedicated and proven manager who has ensured the next generation of EMTs and paramedics are trained and equipped to provide the highest level of pre-hospital medical care,” Nigro said.

Her second-in-command will be Alvin Suriel, who was appointed assistant chief of EMS on Tuesday. Suriel, a 30-year EMS veteran, is the bureau's first Hispanic member appointed to that position.

“In his decades as a member of EMS, Alvin Suriel has demonstrated an unwavering commitment to excellence as an EMT, paramedic, and in multiple roles as an EMS officer," Nigro said. "He will bring that same dedication to his new role helping to run EMS operations citywide.”