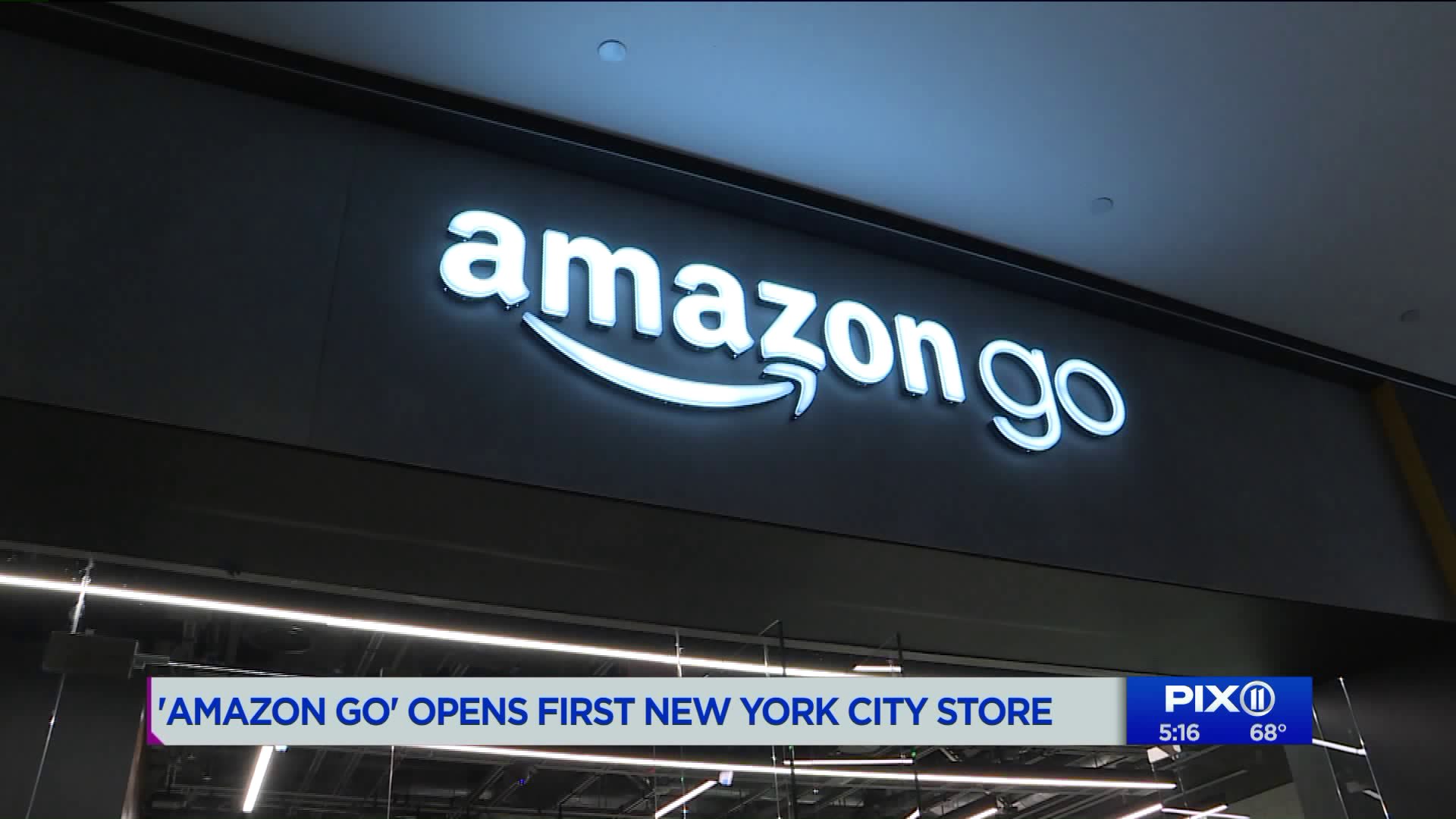 Its new store that opened in New York City`s Brookfield Place Tuesday is the first Amazon Go store to do so. At its other shops, customers can only enter with an app that links to a credit card or an Amazon account.

MANHATTAN — Amazon launched its high-tech Go convenience store a year ago, where shoppers can pull items off the shelf and walk out.

Its new store that opened in New York City's Brookfield Place Tuesday is the first Amazon Go store to do so. At its other shops, customers can only enter with an app that links to a credit card or an Amazon account.

The company, facing a backlash from those who believe cashless stores discriminate against the poor, confirmed last month that it was working on a way to accept dollar bills and coins.

In the new store, employees will swipe those who want to pay by cash through the turnstile entrance. After shoppers grab what they want off the shelves, an employee will scan each item with a mobile device, take the cash, give customers their change and hand them a receipt. There still won't be cash registers in the store.

Cameron Janes, who oversees Amazon's stores, says the way it accepts cash could change in the future, but declined to give details.

"This is how we're starting," he says. "We're going to learn from customers on what works and what doesn't work and then iterate and improve it over time."

A small but growing number of stores around the country have gone cash-free. But some activists and politicians say that discriminates against people who don't have a bank account.

Philadelphia became the first city to ban cashless stores earlier this year, and New Jersey passed a statewide ban soon after. San Francisco will soon require brick-and-mortar retailers to take cash as payment, and a similar law is being considered in New York City.

It's not clear how many shoppers will skip the app and want to pay by cash at Amazon Go. The New York store, the first in the city, is in Brookfield Place, a high-end shopping mall and office complex that houses a Gucci store and office workers from banks and credit card companies. Amazon expects many of its customers to be workers looking to pick up a lunchtime salad or sandwich, people who live in the area or tourists visiting the nearby World Trade Center.

A line quickly formed outside of the store Tuesday and Amazon employees were allowing shoppers and the curious inside only when others left.

Amazon didn't say when its 11 other Go stores will start accepting cash.