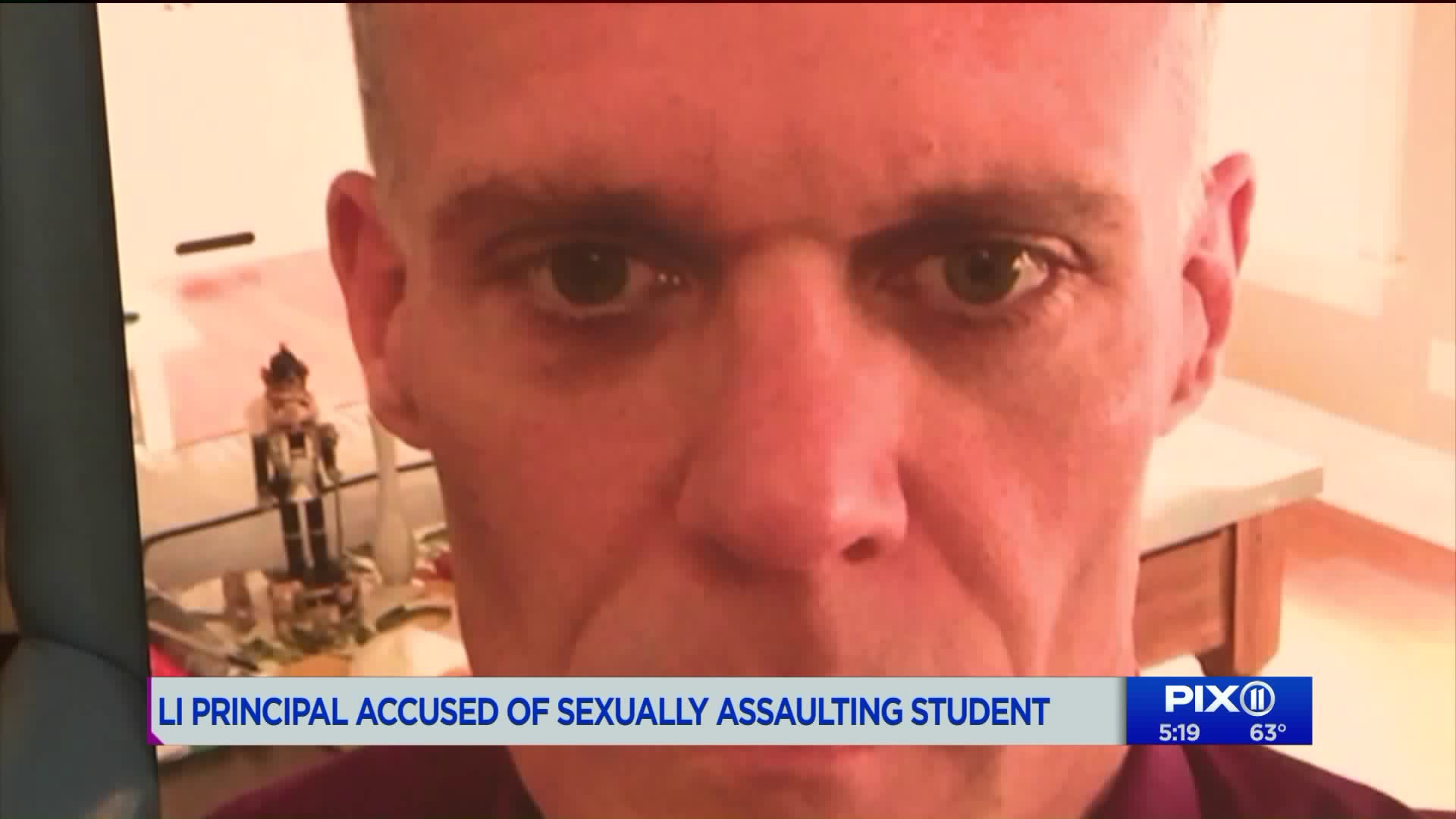 A high school senior from Long Island who confided in the school`s principal when she was suffering from depression claims he sent inappropriate text messages that escalated into him forcibly kissing her in his office.

LONG ISLAND -- A high school senior from Long Island who confided in the school’s principal when she was suffering from depression claims he sent inappropriate text messages that escalated into him forcibly kissing her in his office.

“When I got up to leave. He hugged me and brought me in for a kiss,” said 18-year-old Anastasia Stapon. “Held the back of my neck, brought me closer and when everything was over, I got out as fast as I could.”

The alleged relationship started in January as a mentorship between Stapon and former teacher Dr. Charles Regan, but it ended in late April after the incident inside his office, a notice of claim filed by the student alleges seeking $10 million in damages.

“She was specially defenseless, a sitting target for a predator,” said attorney John Ray, who is representing the alleged victim.

Ray provided racy text messages to PIX11, along with sexually explicit photographs that Stapon claims were sent to her.

Stapon’s parents, a same-sex couple who have adopted five children, sat on either side of the table during a press conference, angry that the man they trusted with their daughter,  allegedly took advantage of that trust.

“I’m sick to my stomach. My heart is jumping out of my skin,” said Maryanne Wojcik, the teen’s mother.

According to the attorney, the family went to the Riverhead Police Department to file a report, but no charges were ever brought.

“They do not think any crime had been committed because she is 18 years old," Ray said. "Therefore, they would do nothing whatsoever, not even an order of protection."

We contacted the Riverhead Police Department and are waiting to hear back.

We also called Dr. Regan to get his side of the story but he did not pick up when we called. He has been reassigned, but not suspended.

In a message to parents the school superintendent said in part,

“While we understand that there will be questions surrounding this matter, the district is legally prohibited from sharing further details on it”

While the principal has been reassigned, he is still getting paid his nearly $190,000 salary while the investigation is on going.

“For a long time I told him I see you as a father figure,” said Stapon, “As a mentor and a support.”