Justice for Junior: As murder trial opens, lawyers for 5 defendants point to 1 as the killer, and Junior’s father is escorted out 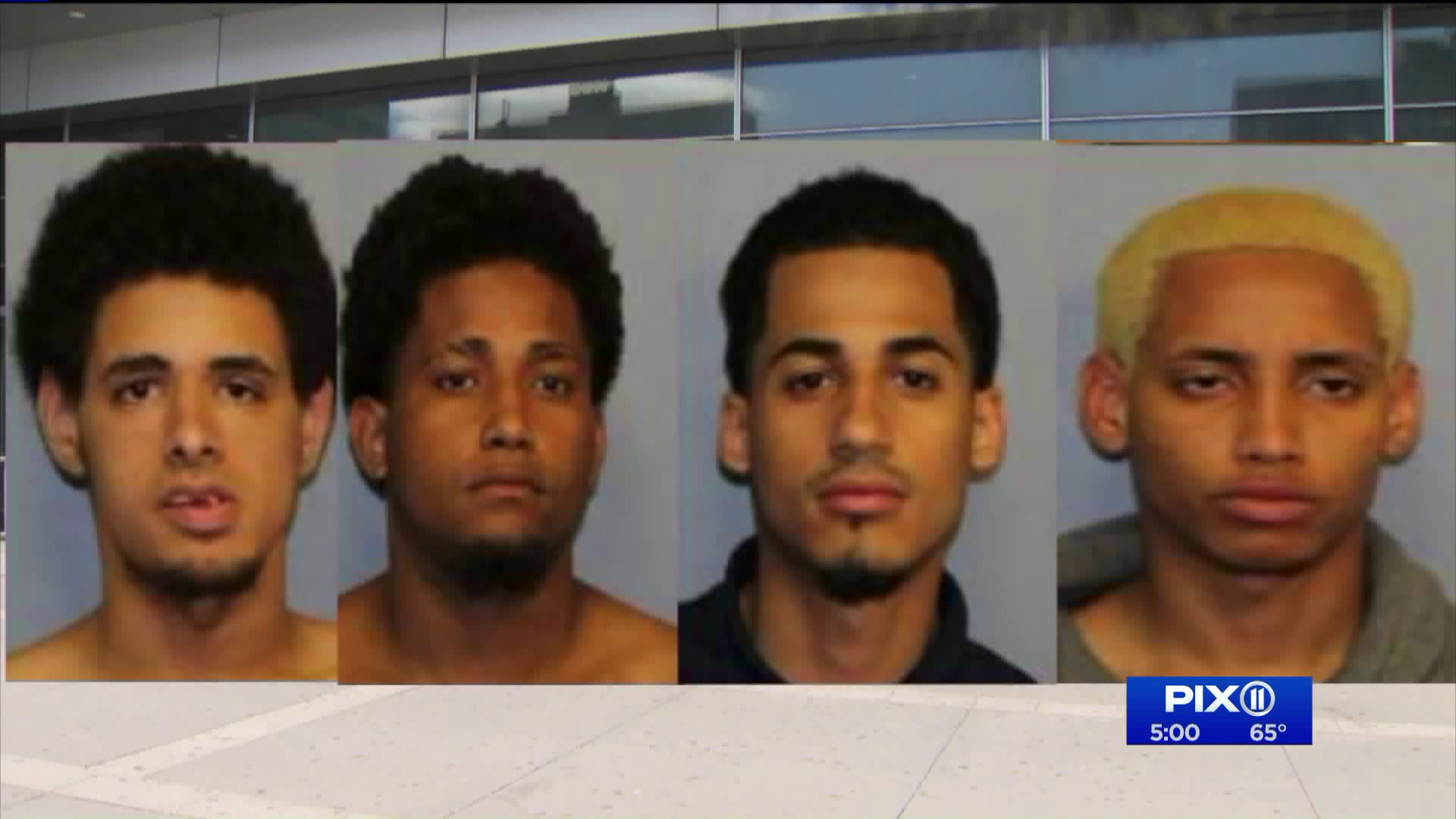 A theme emerged among defense lawyers, however, that sparked skepticism from the victim`s family and supporters: that only one of the five defendants is actually responsible for killing Junior. Prosecutors and Junior`s family were critical of that line of defense.

CONCOURSE, the Bronx  — For nearly a year, “Justice for Junior” has been a rallying cry in the wake of the brutal killing of the Bronx teen last June. On Monday, supporters of Lesandro “Junior” Guzman Feliz’s family said that justice was that much closer when trial began for five men charged with first degree murder in Junior’s death.

A theme emerged among defense lawyers, however, that sparked skepticism from the victim’s family and supporters: that only one of the five defendants is actually responsible for killing Junior. Prosecutors and Junior’s family were critical of that line of defense.

Elvin Garcia, José Muñiz, Manuel Rivera, Antonio Rodriguez, and Hernandez Santiago are on trial. All of their attorneys argued in court that their clients did not deliver the stab wound to the neck that the medical examiner concluded killed the teen.

Without naming him in opening statements, they all indicated that the fifth defendant, Jonaiki Martinez Estrella, was holding the knife that delivered the fatal blow.

“You all went with the intention to kill,” said Ione Gutierrez, Junior's sister-in-law, outside of court following opening statements. "It was premeditated."

Another significant development at court happened at the end of Monday's hearing. One of the defendants, Manuel Rivera gave a provocative look to Lisandro Guzman, Junior's father, according to Guzman Feliz's family and supporters.

"He kept looking back at the family and laughing in their face," said family friend Eileen Mirayes, about defendant Manuel Rivera.

"And I'm like, 'What's wrong with this guy?'" Mirayes said. "So the father used a profanity at them, so [court officers] just pulled [Guzman] out the courtroom."

Prosecutors called their first witness before the session adjourned for the day.

Tamika Jones had watched the murder unfold from her fifth floor apartment window across the street from the Cruz & Chiky Bodega, where it all happened on the night of June 20, 2018.

Jones called 911, and with two friends, they ran downstairs to help Junior. When they reached him, it was too late to save his life. Jones' testimony could send some, or all five of the men on trial to prison.

Her testimony continues in court on Tuesday morning.