In Brooklyn, two new social clubs emerge to cater to people of color: ‘A club just for us, by us’ 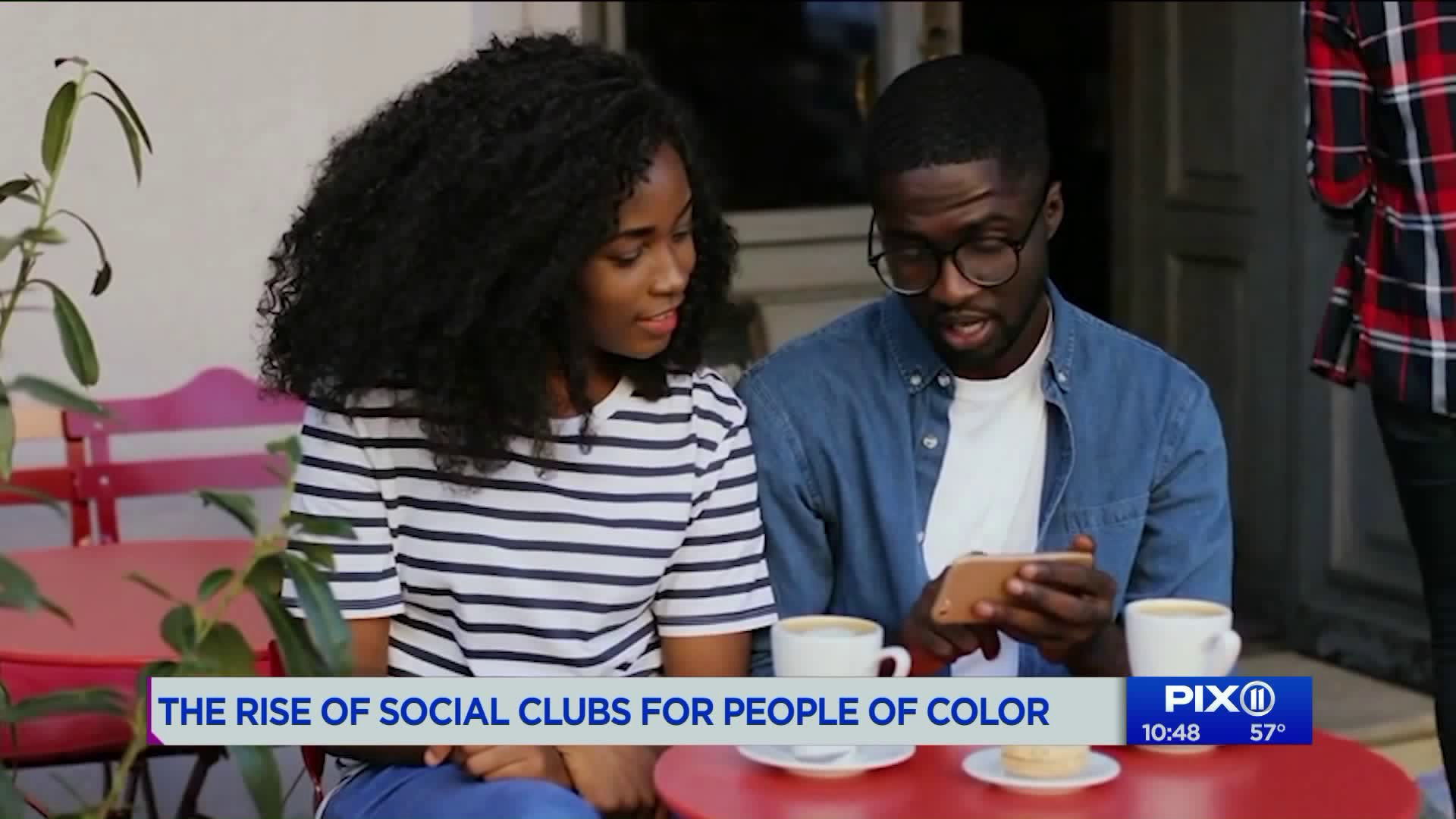 The Gentleman`s Factory one of these social clubs for men of color, is approaching full capacity at 100 paid members with more than 400 other names on a waiting list. Jeff Lindor founded The Gentleman`s Factory two years ago on Flatbush Avenue, across the street from Prospect Park, when he realized there weren`t enough spaces uniquely for men of color.

BROOKLYN — In the heart of an ever-evolving and ever-gentrifying Brooklyn, there is a push to create a professional and emotional support network for a familiar, but specific demographic.

“I could always recall whenever I saw a person of color in graduate school, or in corporate America, I was super excited, because I always felt like I was the only one there, right? So it’s really great to be amongst people who share the unique experiences so you can all enhance and build with each other,” Lindor said.

“When it stood out to me on LinkedIn, I said, 'Wow, there’s actually an area where I can go to, where I can actually speak to other people that look like me,'" he said. "I was looking for an area where people of color, where we can actually, take our intelligence, and be able to sit at a roundtable and discuss the many things that are missing."

The Gentleman’s Factory doesn’t have any flashy street signage, underscoring its exclusivity. The only reason to go upstairs is if you already know what’s upstairs. But this isn’t just a social club. Its founder, still carrying memories from his days at the Department of Corrections, wants to change the narrative of what it means when mainstream society sees a group of black and brown men getting together.

We mentioned to Lindor that there would likely be people reading this report who say, “This is a club just for men of color? That sounds pretty racist. What if a bunch of white guys were to go out and say ‘We want to found a club just for us, by us, to kind of bond with other white men.”

Lindor responded: “I would say that our approach is not even from an emotional standpoint, but from a data standpoint. It really speaks to the discrimination that we faced historically.”

Men of color are not alone in facing those historical challenges.

Naj Austin, 28, says Ethel’s Club – named after her late grandmother – will be open to both men and women of color when it debuts this fall.

“Since we’ve gotten started in January 2019, we have over 3,000 people signed up on our waiting list. What we look for in our members is a similar ethos to ours, which is an appreciation and an understanding for the advancement of people of color. The space is giving a group of people who are often marginalized, and often not heard – a place to be heard,” said Austin.

Ethel’s Club will also be membership based and, in accordance with anti-discrimination laws, like The Gentleman’s Factory, welcomes anyone and everyone to apply for membership.

“Every Ethel’s location will play home to a multipurpose oasis that is meant for you to be a better version of yourself," Austin said. "So you will have a workspace, you will have a social lounge. There will be a room meant for events and specific kinds of programming.”

But make no mistake: entrepreneurs like Naj Austin and Jeff Lindor say demand exists beyond their borders in Brooklyn. They are both working to open social clubs for people of color across New York City and, eventually, across the country.

“A huge thing we are trying to solve for is wellness within the black and brown community,” Austin said.