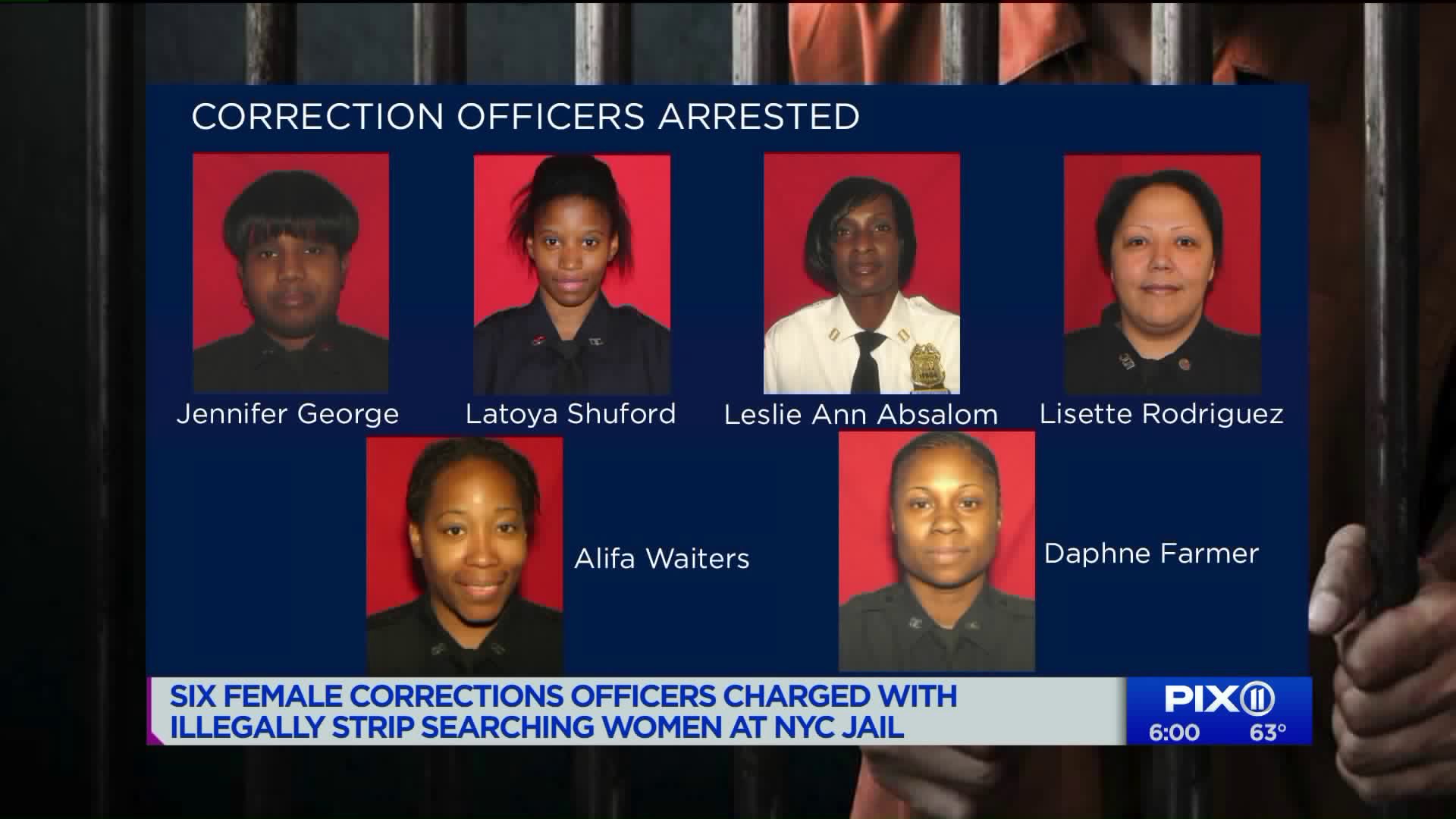 In order to cover up the unlawful searches, four of the officers filed false paperwork with the DOC and the Manhattan DA's office claiming the visitors gave consent for the strip search, prosecutors said.

The paperwork led to the arrest of three visitors whose charges were based on the illegal searches.

All six corrections officers have been suspended without pay.

“People visiting loved ones in our city’s jails should feel safe, period," DOC Deputy Commissioner of Public Information Peter Thorne. "If these allegations are proven true, the officers involved face termination. They have already been suspended.”

“There is no excuse for violating the human rights of New Yorkers visiting our City’s jails," District Attorney Cy Vance said . "As alleged, these officers flagrantly abused their power when they ignored their training and subjected visitors to humiliating and unlawful searches. Further, they attempted to cover up their actions by forcing visitors to sign consent forms under false pretenses, and repeatedly lying in official documents.

“Manhattan Detention Center Correction Officers assigned to the Visit Area, arrested more than 50 visitors last year alone for attempting to smuggle in heroin, marijuana, cocaine, K-2 synthetic, razors, scalpels and other contraband. Everyday they do everything they can to keep this jail safe for visitors, inmates and correction staff. They deserve more public support for the diligent professionalism they exude every day.”