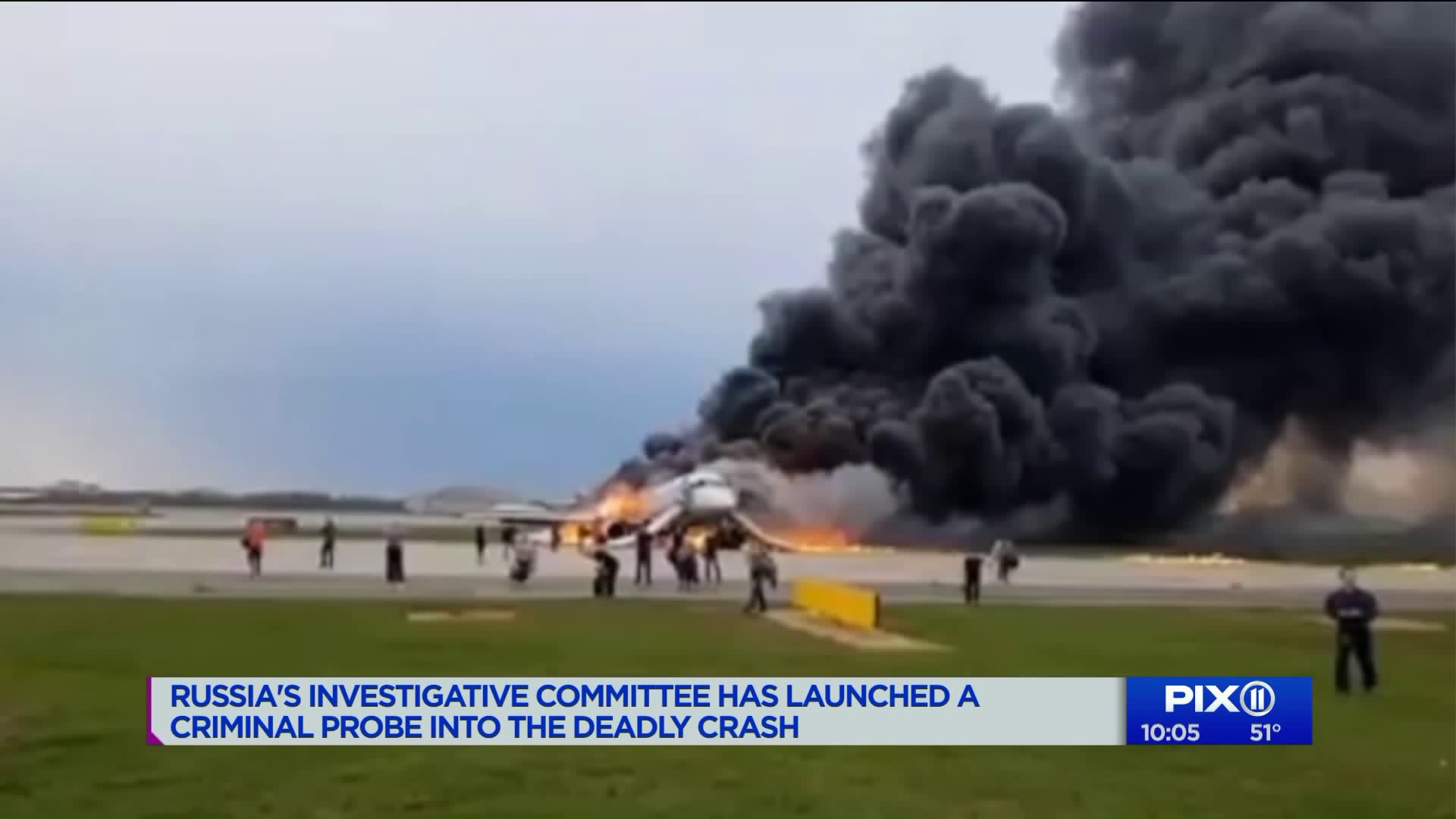 A fiery airliner accident at Moscow`s Sheremetyevo Airport killed 41 people, a spokeswoman for Russia`s Investigative Committee says. The death toll from Sunday evening`s accident was announced at a briefing early Monday by committee spokeswoman Elena Markovskaya, who said 37 people survived. The fire aboard the Sukhoi SSJ100 regional jet flown by Russia`s flagship carrier Aeroflot broke out after the plane made a hard emergency landing.

MOSCOW — An airplane belonging to flagship Russian carrier Aeroflot landed in Moscow's Sheremetyevo Airport covered in flames and with smoke billowing from the rear Sunday, and officials said at least 41 people have died

Harrowing video aired by Russian news channel Rossiya-24 showed passengers leaping from the front of the burning aircraft onto an inflatable slide and staggering across tarmac and grass after the emergency landing at Sheremetyevo Airport.

Aeroflot said in a brief statement Sunday the engines of the Sukhoi SSJ100 were burning after the aircraft landed, but the sequence of events before and after the fire started was not clear. There reportedly were 78 people aboard.

The Aeroflot statement did not specify what caused the plane to return to Sheremetyevo Airport.