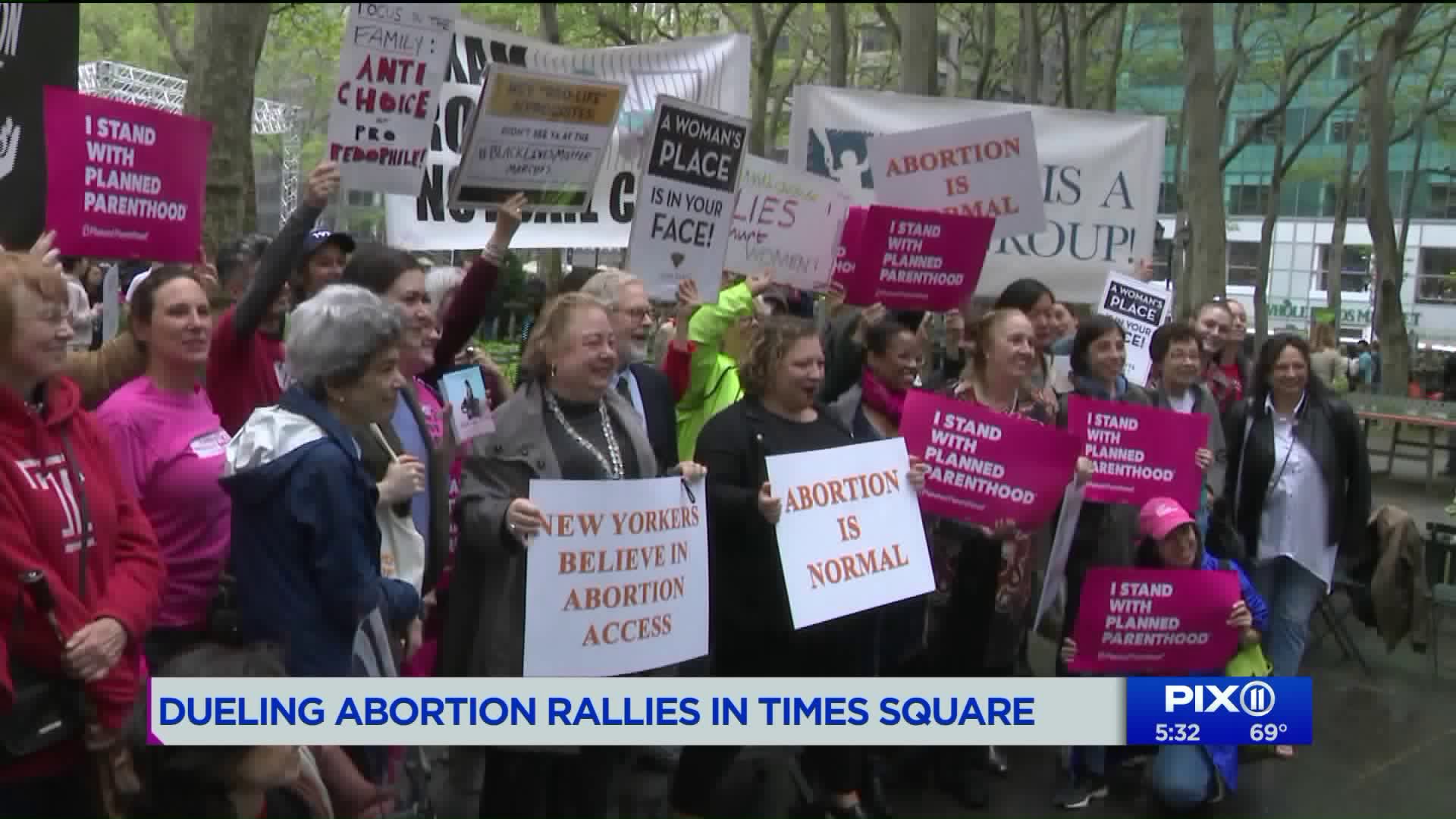 A large pro-life rally in Times Square Saturday drew thousands of people who are against abortion, but it also attracted demonstrations by hundreds of people who are pro-choice and believe it is a woman`s right to choose whether or not to have an abortion.

TIMES SQUARE — An anti-abortion rally at the "crossroads of the world" was billed as the largest such event ever in Times Square, and it lived up to its billing.

Thousands gathered for the Focus on the Family event in Times Square on Saturday.

During the rally, a doctor performed a live 4D ultrasound showing a fetus in the womb. Cardinal Dolan, New York’s archbishop, who was away in Lourdes, France, delivered a video message to the crowd.

“You all are a living witness that every life matters; The lives of the unborn, the elderly, the disabled, immigrants,” the cardinal said in the video.

Among the speakers was 37-year-old Christina Bennett of the Family Institute of Connecticut.

Bennett told PIX11 News that her own mother was about to abort her until a last-minute change of heart.

“She was in the hospital, with her gown on. She had already paid for her abortion,” Bennet said. “A janitor said ‘do you want to have this baby?’ And she said yes.”

An anti-abortion advocate told PIX11 of her own history of having at least three abortions.

“Planned Parenthood told me when I wake up, my life will be like it was the day before,” said Cindy Fiore, of Smithtown Gospel Tabernacle. “My life has never been the same. I have been grieving for those babies for the past 40 years,” she added.

Before and during the rally, there were counter demonstrations from abortion-rights advocates, including politicians and leaders of reproductive-rights organizations who defended New York’s reproductive health act and the state’s progressive reputation.

“New York continues to be a pro-choice city,” NYC Comptroller Scott Stringer told PIX11. “While we recognize people will come to disrupt a woman’s right to abortion, we are fighting back every single day,” he added.

There were no clashes between the demonstrators and no arrests were made, police said.