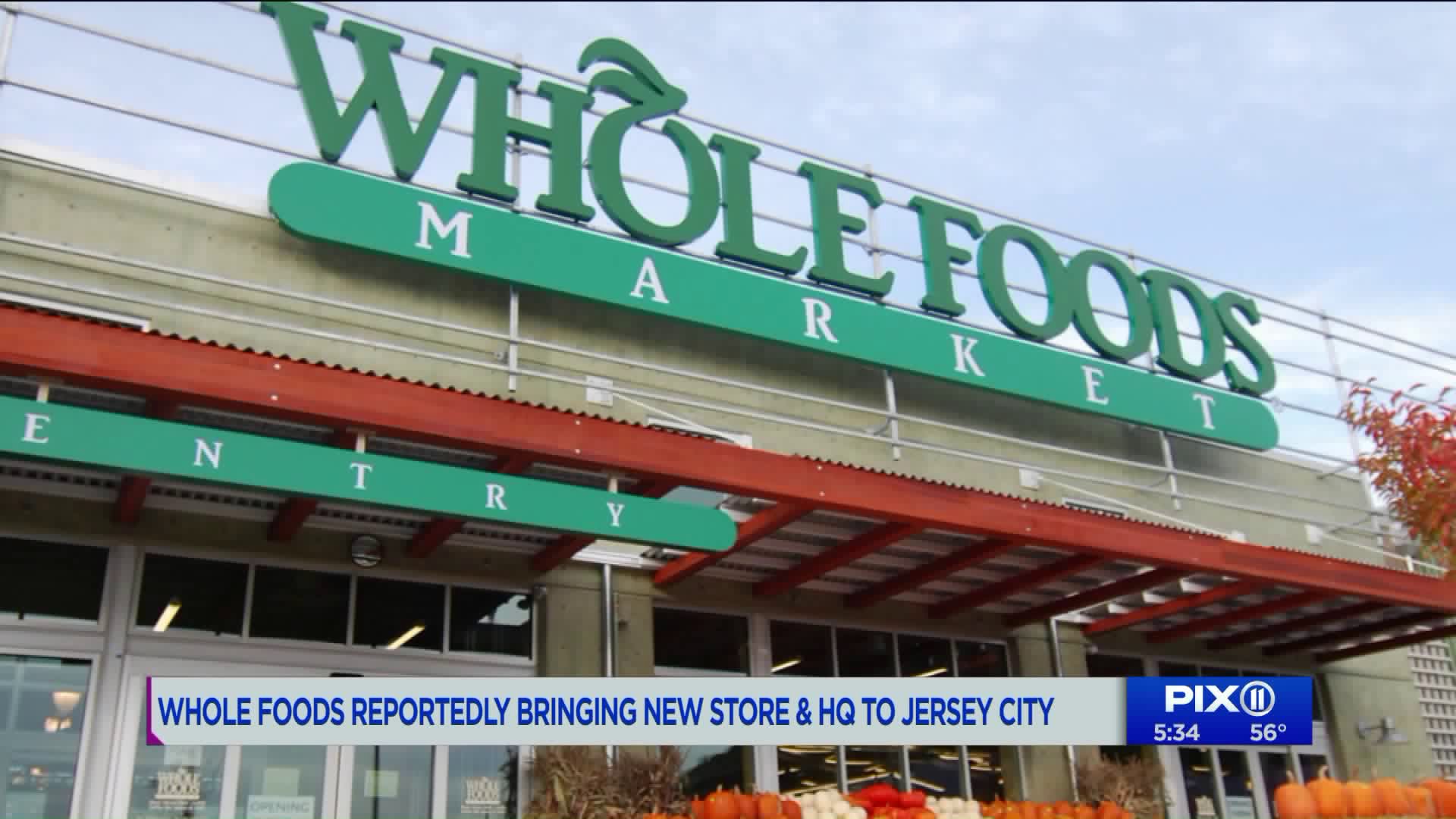 Whole Foods Market is bringing its northeast headquarters as well as a 47,000-square foot store front to the heart of downtown jersey city.

The news was confirmed by Mack-Cali Realty, which secured the retail and office space at Washington Street and Columbus Drive for the organic grocer which was first reported by JerseyDigs.com.

The announcement, which has the potential to bring thousands of jobs as well as economic growth to the downtown area, will bring much-needed consumer foot traffic, according to Jersey City Mayor Steven Fulop.

“More people equates to more people being consumers for lunch, and at the pharmacies, and the coffee shops — so I think it’s a good thing,” Mayor Fulop told PIX11.

Property owners and small businesses in the area could also be on the receiving end of economic perks.

“I think there is going to be a trickle down for everybody,” Alexander Bush, a licensed real estate agent with Hudson County-based The Mumoli Bush Group, said.

“It’s a massive company and they have delivery options, they have a lot of things that will help the community from every perspective.”

With limited options for grocery shopping in an area where high rise residential and commercial buildings dominate, residents welcomed the news.

“Currently I have to drive out to the suburbs and it’s like a half hour so I live a five minute walk from here, so I think it’s going to be awesome,” resident Chris Desantis said.

Meanwhile Stephanie Taylor, a resident who has lived in the downtown area for seven years, hopes her new neighbor delivers what its promising.

“If Whole Foods comes down here it has to be fresh and it has to be quality food, otherwise you’re just adding to the problem,” she said.

As excitement builds, it remains unclear when Whole Foods will break ground in Jersey City.

A timeline has yet to be announced.