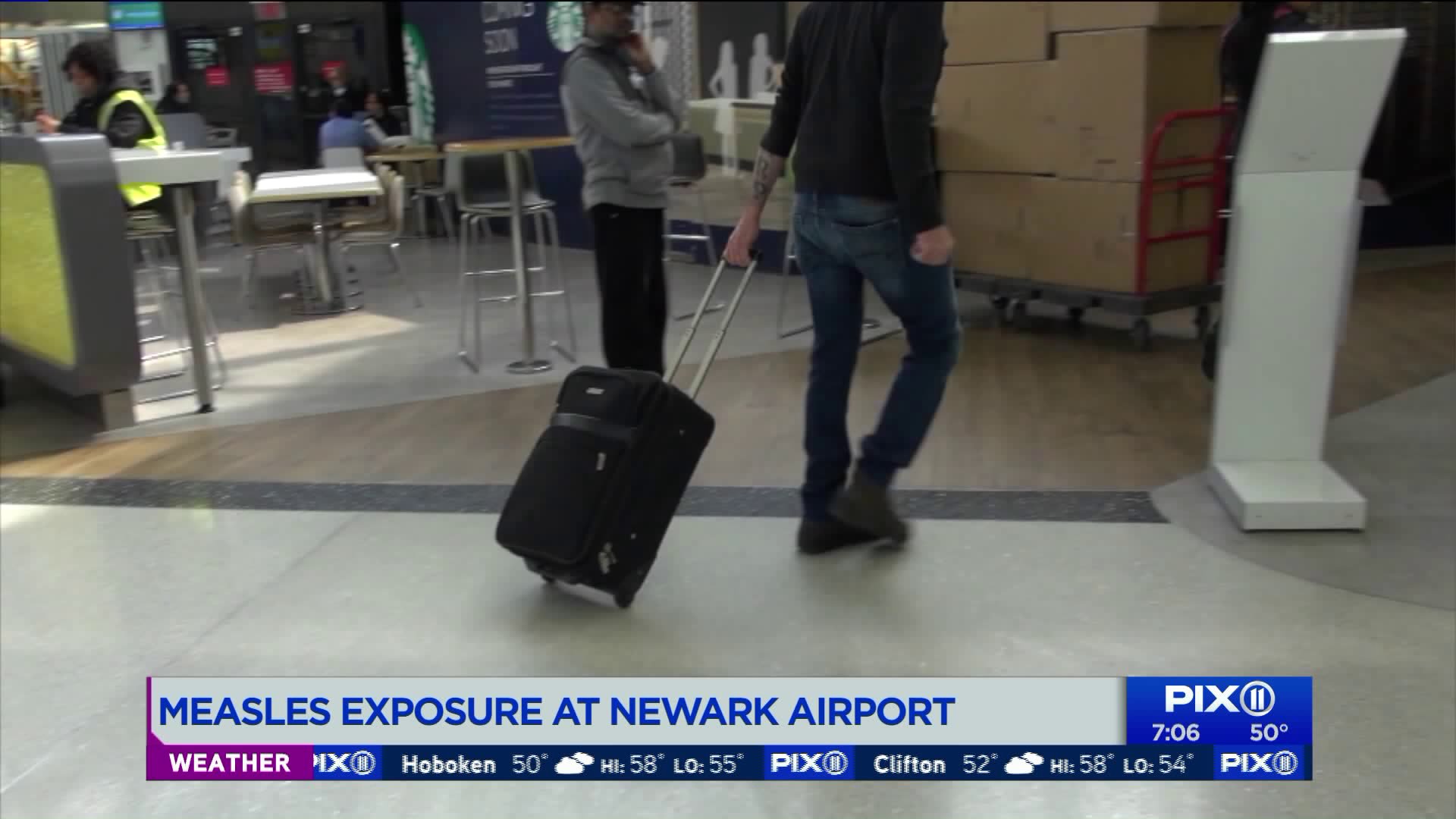 Some unwanted baggage was brought to Newark Airport after a potential measles exposure was reported.

An international traveler from Israel with a confirmed case of measles arrived at Terminal C at Newark Airport from Tel Aviv on April 16.

The individual was infectious on that day and may have exposed other to measles.

Anyone who was at Terminal C between 4 and 8 a.m. on April 16 may have been exposed and could develop symptoms as late as May 7, if infected.

The Health Department is advising everyone to get checked and make sure they are up-to-date on measles/mumps/rubella vaccine and other age-appropriate immunizations.

Federal officials have reported 704 measles cases so far in the U.S. since Jan. 1, the most since 1994, across 23 states, with the majority of cases found in New York City and Rockland County.

Measles is easily spread through the air when someone coughs or sneezes. People can also become sick if they come in contact with an infected person’s mucus or saliva.