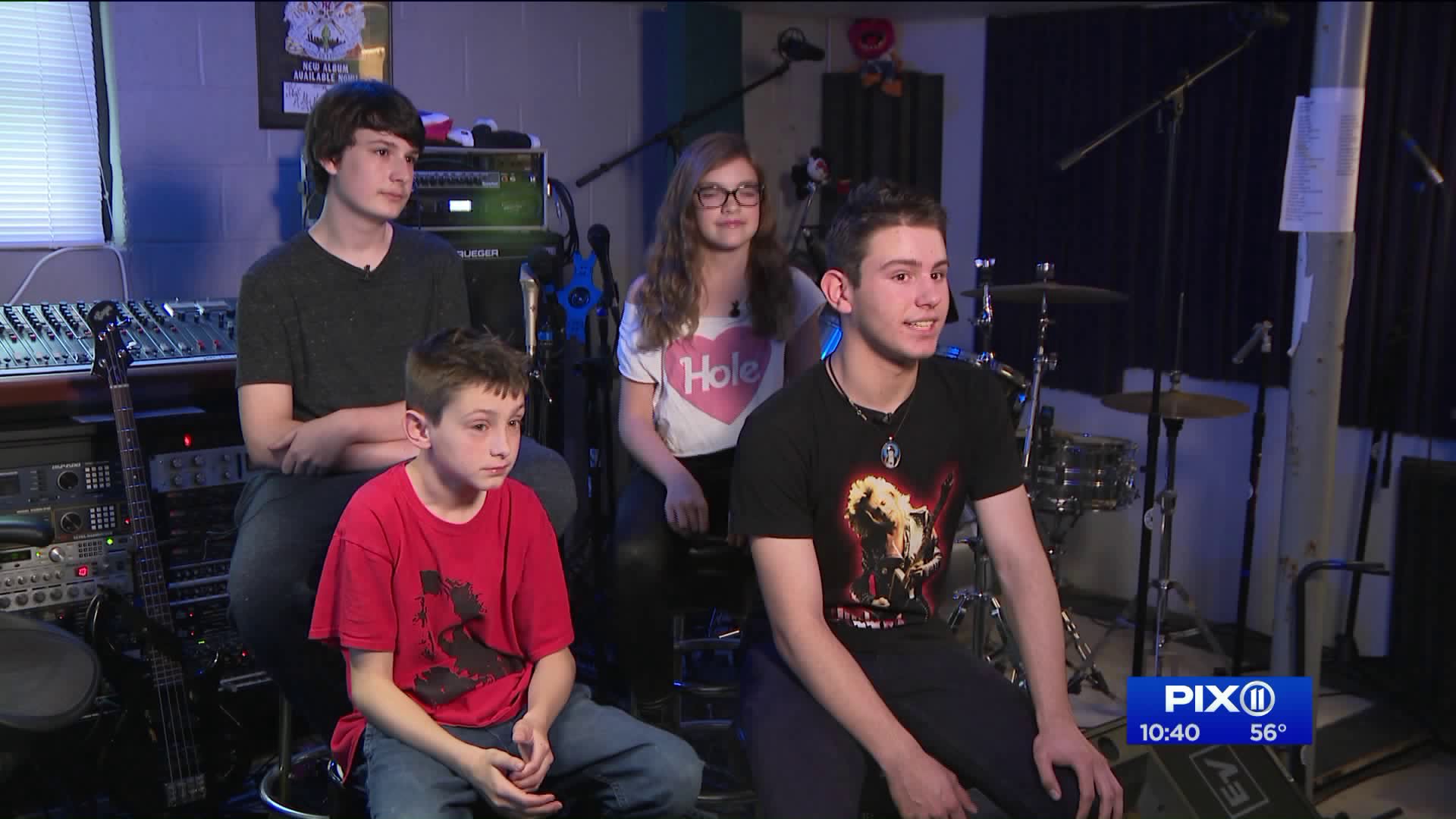 The members of New Jersey punk rock band Rockstar Racecar might range in age from just 11 to 15 years old, but the spirit of the band was born in the 70s and 80s. Meet the band thats already making waves and being noticed by major bands in the biz, before they blow up.

VERONA, N.J. — Don’t be conformist and compare these kids to “School of Rock.”

The band members of Rockstar Racecar might be young, but the spirit of this band was born in the '70s and '80s.

Recording out of the Temple of Tuneage in Verona, New Jersey, three of the four band members are just wrapping up their freshman year of high school.

The drummer, who goes by the name Wolverine, is the youngest of the bunch at 11 years old — and he already has a side project with another friend.

Big brother Troy Donohue is the lead singer and writes most of the band's music.

“I was raised with Ramones,” Donohue said. “In the car, in the house, just constant Ramones, and on my own I just started expanding off that.”

Rockstar Racecar was born originally as a family band a few years ago, but eventually, “I kicked my parents out, started writing original material, and released our first album, and it just progressed from there," Donohue said.

“This is really fun,” Ann Marie Sekeres said. “A lot of parents are like, ‘oh you’re such a good mom for doing this.’ And I’m like, ‘no, no, no. I'm having a lot more fun than standing on a soccer field at 5 a.m. waiting for the games to start.”

Rockstar Racecar just cut their second album last year, with Stanton on guitar and Violet on bass, both 15. But perhaps most importantly for punk rock, they are performing with the next generation of young rockers in the crowd.

“A lot of our friends don’t know this sort of music,” Violet said. “When they come to a gig, they’re kind of surprised because they’ve never been introduced to this type of music, so us playing it is introducing it to a lot of our friends, too.”

Rockstar Racecar is getting more and more attention from professional artists, including famous punk band Murphy’s Law. They pulled the Rockstar Racecar kids on stage three weeks ago to perform during a Queens concert.

If you want to see them play or check out their music, head to RockstarRacecar.com.