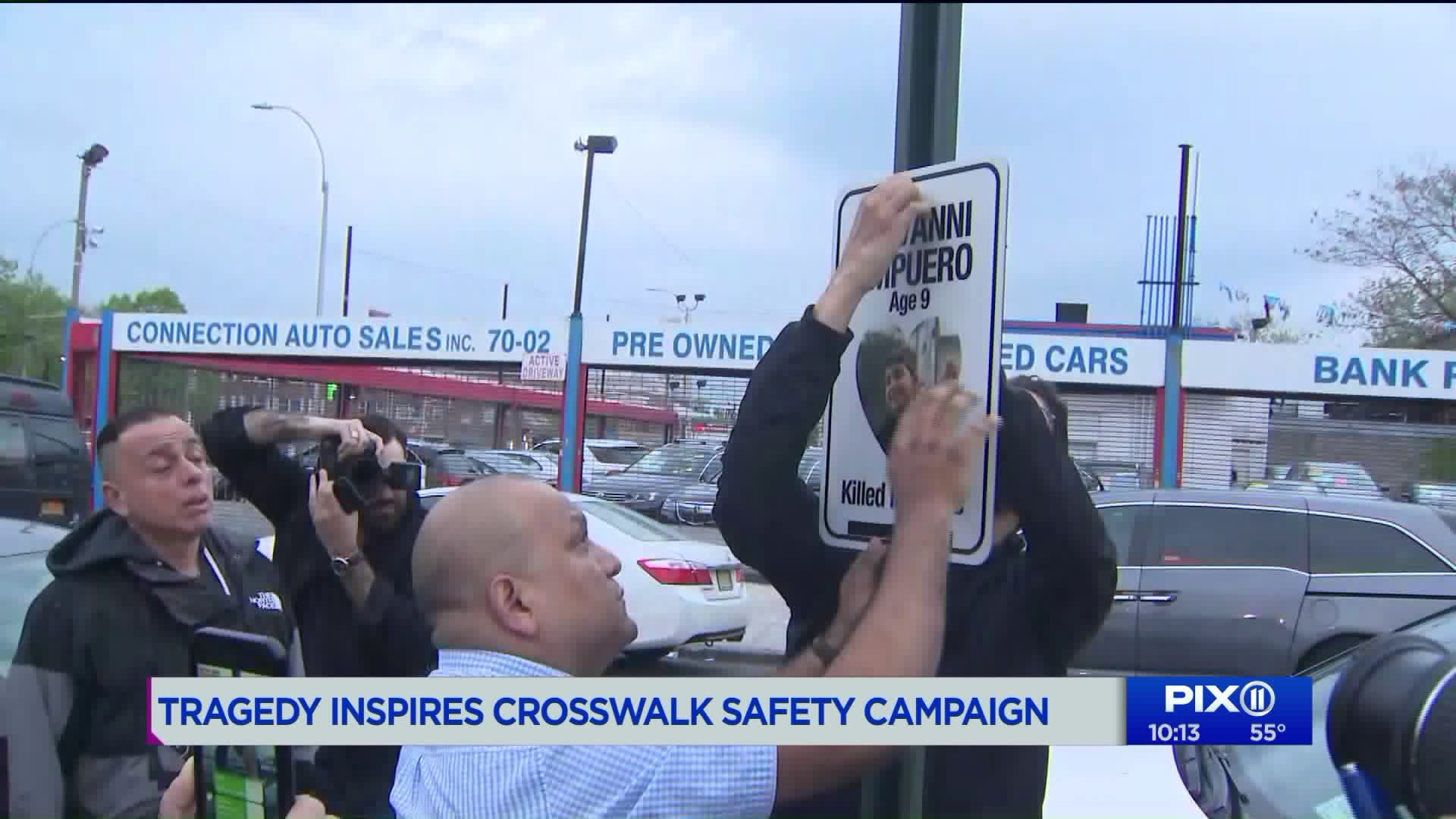 QUEENS — The family of a 9-year-old boy killed one year ago as he crossed a Queens street is determined to improve crosswalk safety.

Giovanni Ampuero was out with his mom getting ice cream when he was fatally struck in Jackson Heights. The Ampueros — surrounded by friends, relatives, transportation advocates and elected officials — all marched Thursday evening from the boy's school, down Northern Boulevard to 70th street, where the boy was killed.

Raul Ampuero has a message for drivers: obey traffic laws and slow down.

"My son shouldn't be dead," he said. "Our children need to be protected."

The family's march came on the day of another fatal collision. Earlier Thursday in Brooklyn, a 61-year old driver of a van turned right at a corner and fatally struck a 3-year old boy on a foot scooter. The boy was in a marked crosswalk. Police arrested and charged the driver with failure to yield to a pedestrian and failure to exercise due care.