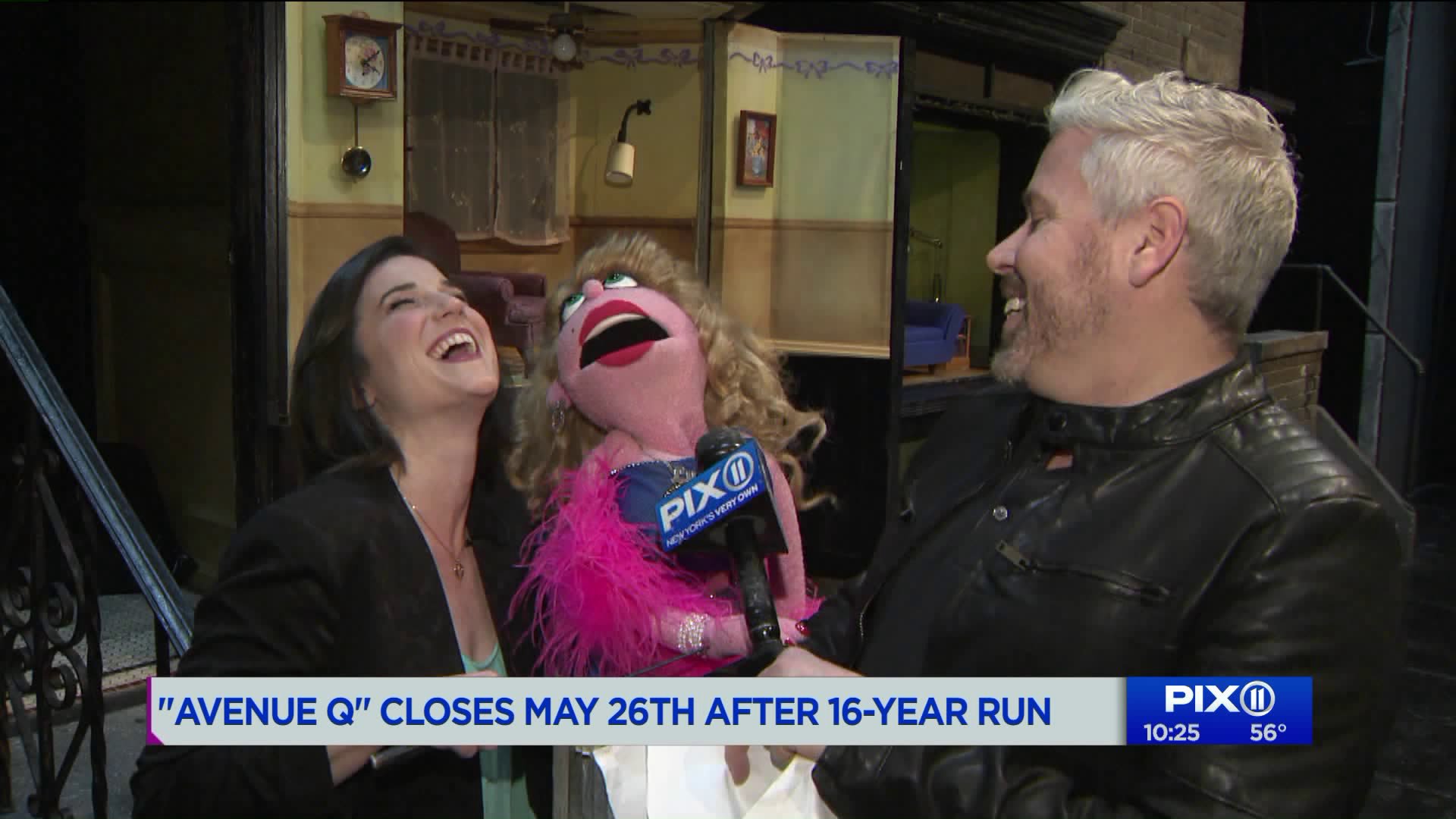 On May 26, the puppets will sing their last song and deliver the final line along Avenue Q.

The puppets are the big names on the block.

For 16 years, the characters from Avenue Q have entertained audiences in New York City and around the world.

Kate Monster has street smarts but Princeton doesn't necessarily. Nicky and Rod are roommates. Mrs. T has been a teacher for a really long time. Trekkie Monster might spend too much time on the internet.

And if you meet Lucy or the Bad Idea Bears on the subway, prepare to have an interesting conversation.

New World Stages on W 50th Street in Hells Kitchen, Manhattan has been home for the past ten years. The show opened on Broadway in July 2003.

It won Tony awards for Best Musical, Best Score and Best Book at the 58th Annual Awards in 2004.

Now the puppets have been honored with a place in the Smithsonian.

They speak congratulations and also discuss what's next and how to say goodbye.

The show has also announced it is closing on May 26.