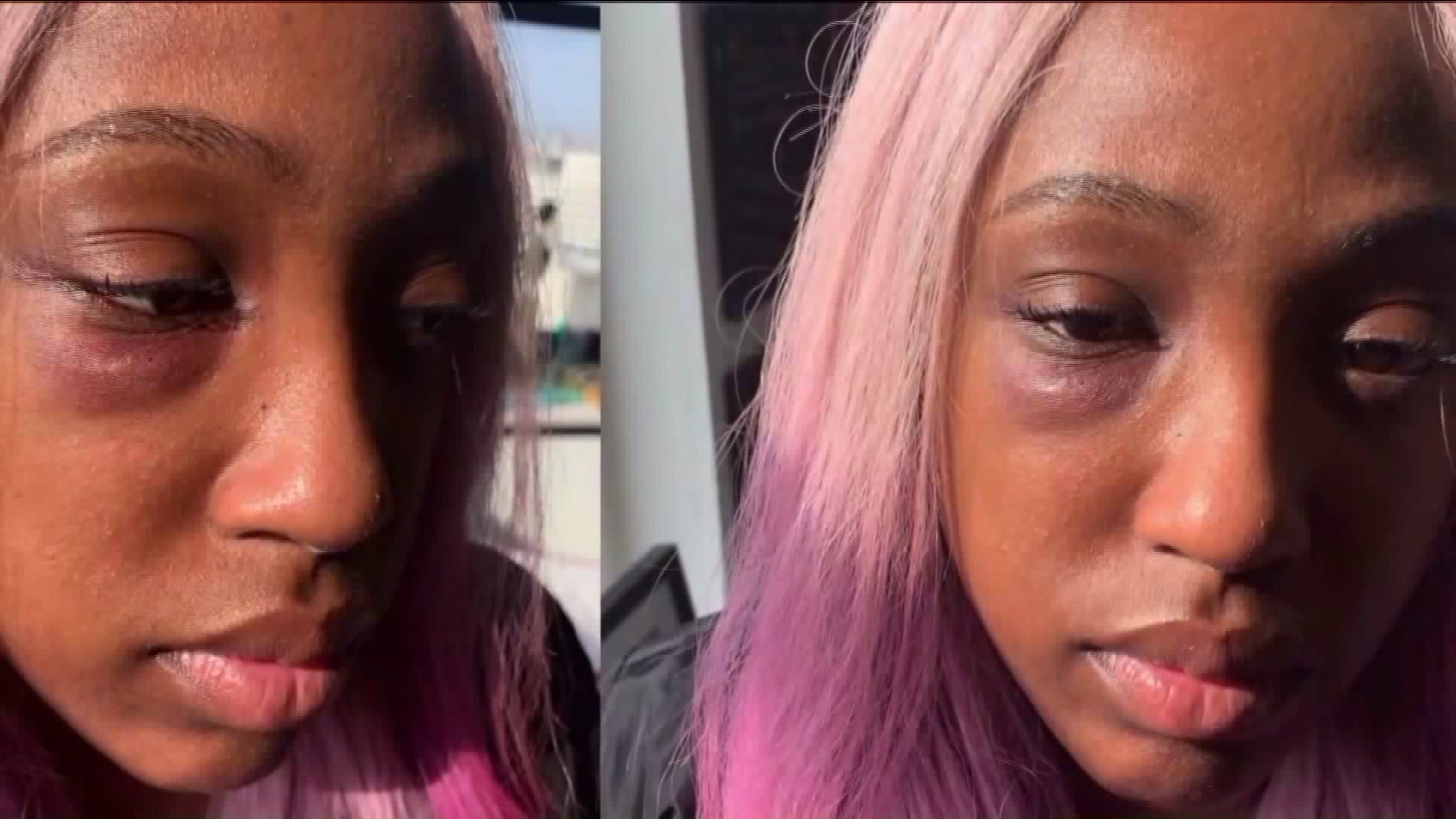 Grammy-nominated rapper Remy Ma was arrested Wednesday on charges of attacking a reality show cast mate, a new round of legal trouble for a rapper still on parole from a 2007 shooting. The 38-year-old rapper turned herself in Wednesday to face accusations of punching "Love & Hip Hop New York" cast member Brittney Taylor in the face at Irving Plaza, where Ma was performing for a benefit concert.

GRAMERCY PARK, MANHATTAN — The family of an up-and-coming rapper and social media influencer who's accused Grammy-nominated rapper Remy Ma of assault spoke out on Thursday.

Ma, who stars on"Love & Hip Hop" with Brittney Taylor, 24, allegedly beat Taylor at a charity event. Police arrested Ma, who denies the accusations, and charged her with assault and harassment. But Taylor's mother, community leaders and an apparent witness are all showing support for Taylor.

"My daughter is very emotional about everything that's going on," said Karen Taylor at a mid-morning news conference at the office of her daughter's attorney. "And she's just taken [a]back about what's happened to her, and she just wants things to be resolved."

Taylor has become a social media sensation, with more than 300,000 followers on Instagram, in part because of her posts of video and text, which emphasize her provocative music and good looks.

Her looks were compromised, she claims, when Ma left her with a black eye, swelling, and bruising after beating her, following a benefit appearance by Ma at the Irving Plaza concert venue here on April 16.

The two women know each other from being cast members on the VH1 reality show “Love and Hip Hop New York.” They’re known to be rivals on the show.

Taylor’s attorney, Sanford Rubenstein, said that his client is still suffering physically from the incident that happened two-and-a-half weeks ago.

“She's been going back to the hospital for further treatment after the first visit,” Rubenstein said. "She's under the care of physicians at the hospital.”

Remy Ma turned herself in on Wednesday for multiple counts of misdemeanor assault and harassment. She was released on $1,500 bail.

She has denied the allegations in written statements through her attorney, Dawn Florio. Florio consented to a request from PIX11 News for an interview on Thursday, but said that an unrelated trial prevented her from being able to participate.

Taylor’s attorney, however, was quite available, and said that the allegations made by his client are backed up by law enforcement and by someone who observed the crime.

No trial date has yet been set.

Remy Ma is still on probation for a 2007 shooting conviction for which she served six years in prison. It’s not yet clear how these latest charges will affect her probation status.

Meanwhile, Taylor’s mother, who was joined at the news conference by leaders of four civil rights and community groups, said that the alleged incident is having a long lasting effect on her daughter.