Brooklyn couple charged thousands by Uber because of fraud 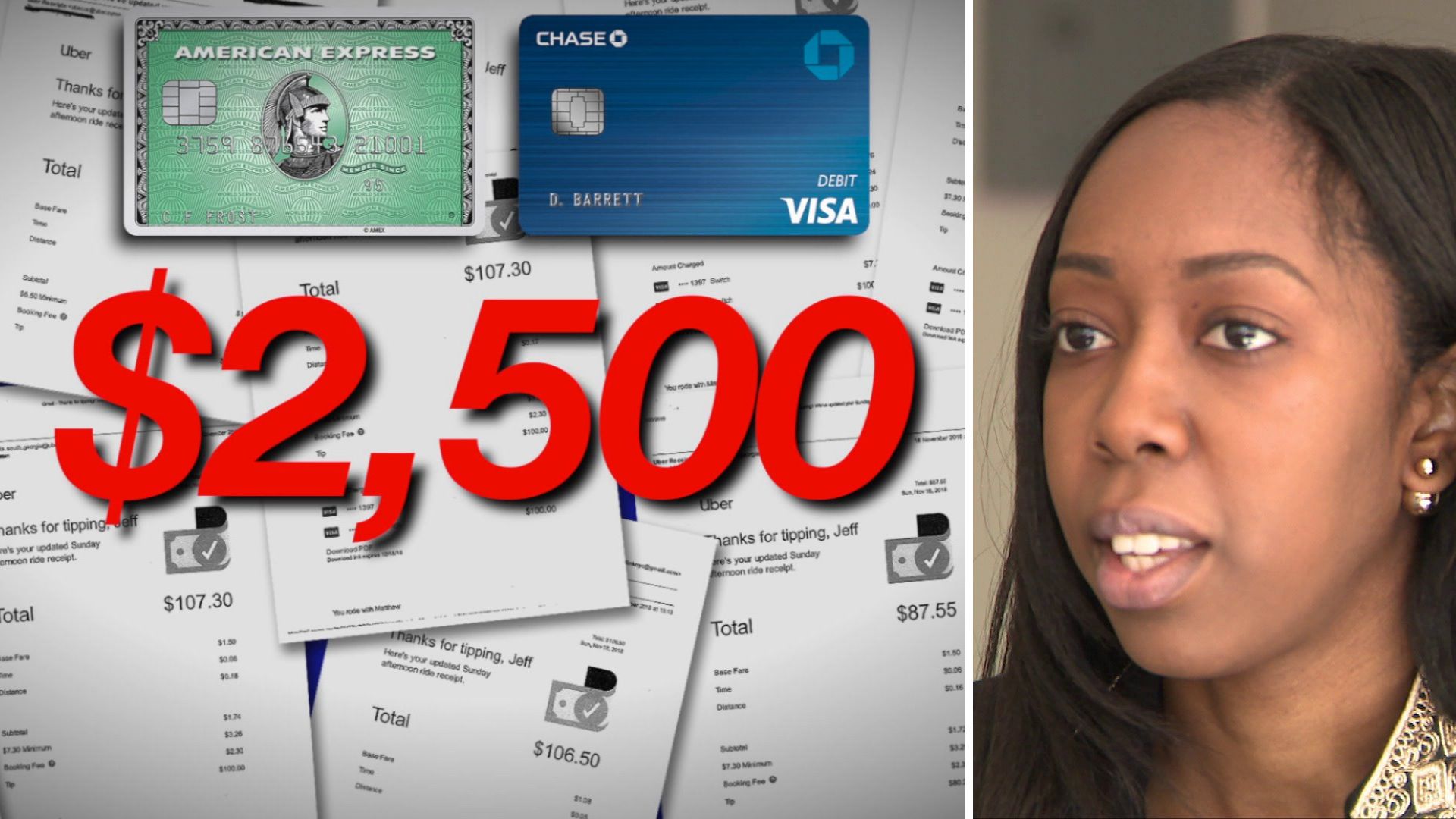 She was in Brooklyn, but according to Uber, she`d taken dozens of trips in California, Georgia and Florida over the course of just a few hours.

No one can be in multiple places at the same time, but, apparently, Uber and Chase thought that magical feat was possible, and that Brooklyn resident Gwen Virgile and her husband, Jeff, had pulled it off.

It started last fall when Gwen got a call from Jeff.

So, she went to her phone and checked.

There were dozens of Uber trips charged to them. And all of them supposedly took place the day before-- within three hours of each other—from three different states!

“They’re in California, Georgia and Florida. I’m here in Brooklyn!”

The receipts she saw reeked of fraud. Small charges in small towns and then huge tips. One was under a mile in Helena, Georgia. Then two minutes later, a trip in Naples, Florida. A few dollars each, but with tips of around $100!

Gwen had no luck getting Chase and Uber to see the error of their ways, so she contacted us. We got the companies to take another look.

“We should have flagged it as fraud," Chase said.

An Uber spokesperson told us, “Gwendolyn’s request was not routed properly to our fraud experts…it does appear someone else accessed Gwendolyn’s account…We’ve now issued…refunds. “

But Uber couldn’t tell us why this wasn’t handled as fraud from the beginning. And neither company would say if they ever actually investigated in the first place.

There are some things you can do to protect your accounts: