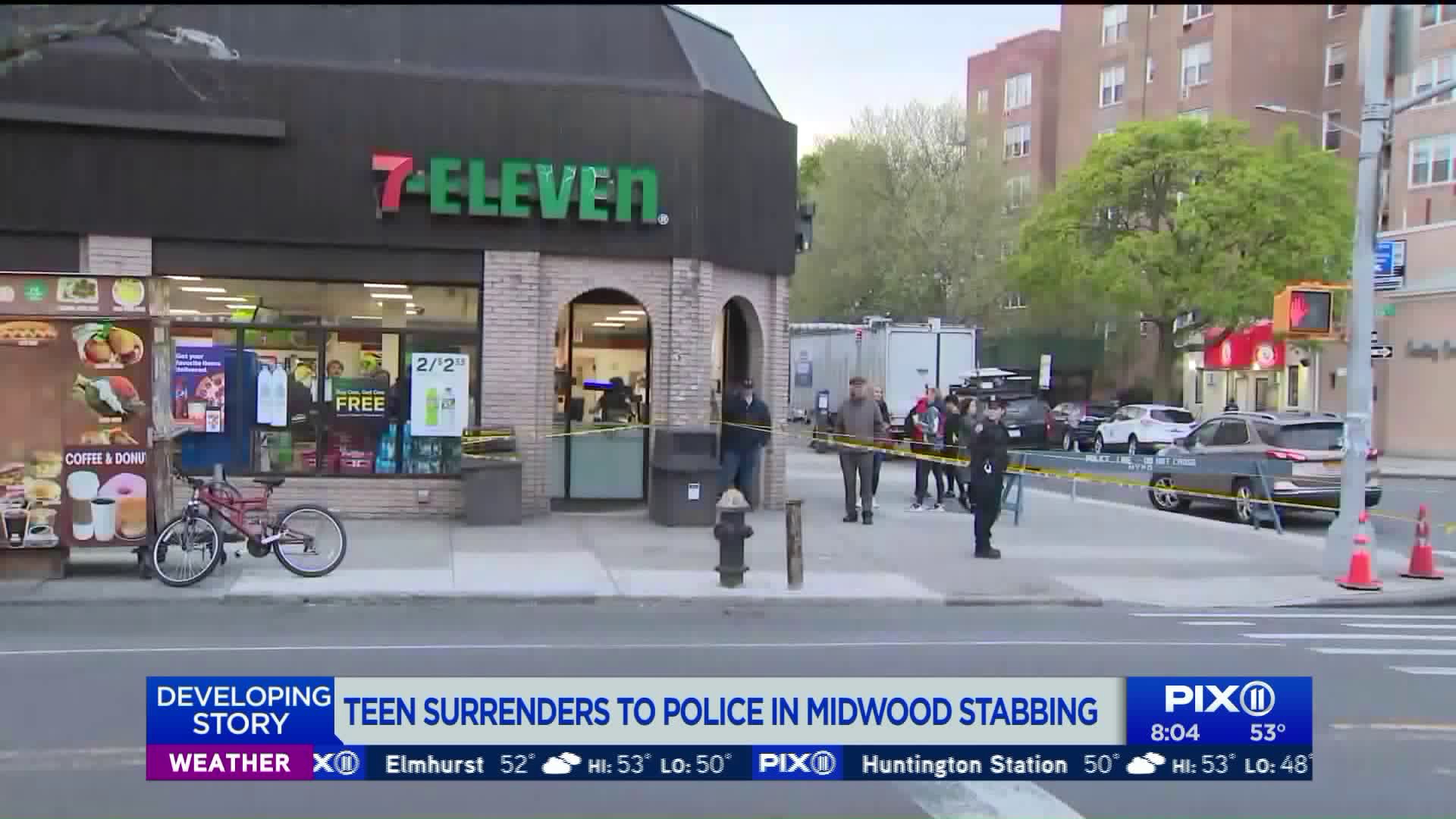 The teen suspect allegedly seen on surveillance video in the fatal stabbing of a 17-year-old in Brooklyn surrendered to police Tuesday evening. 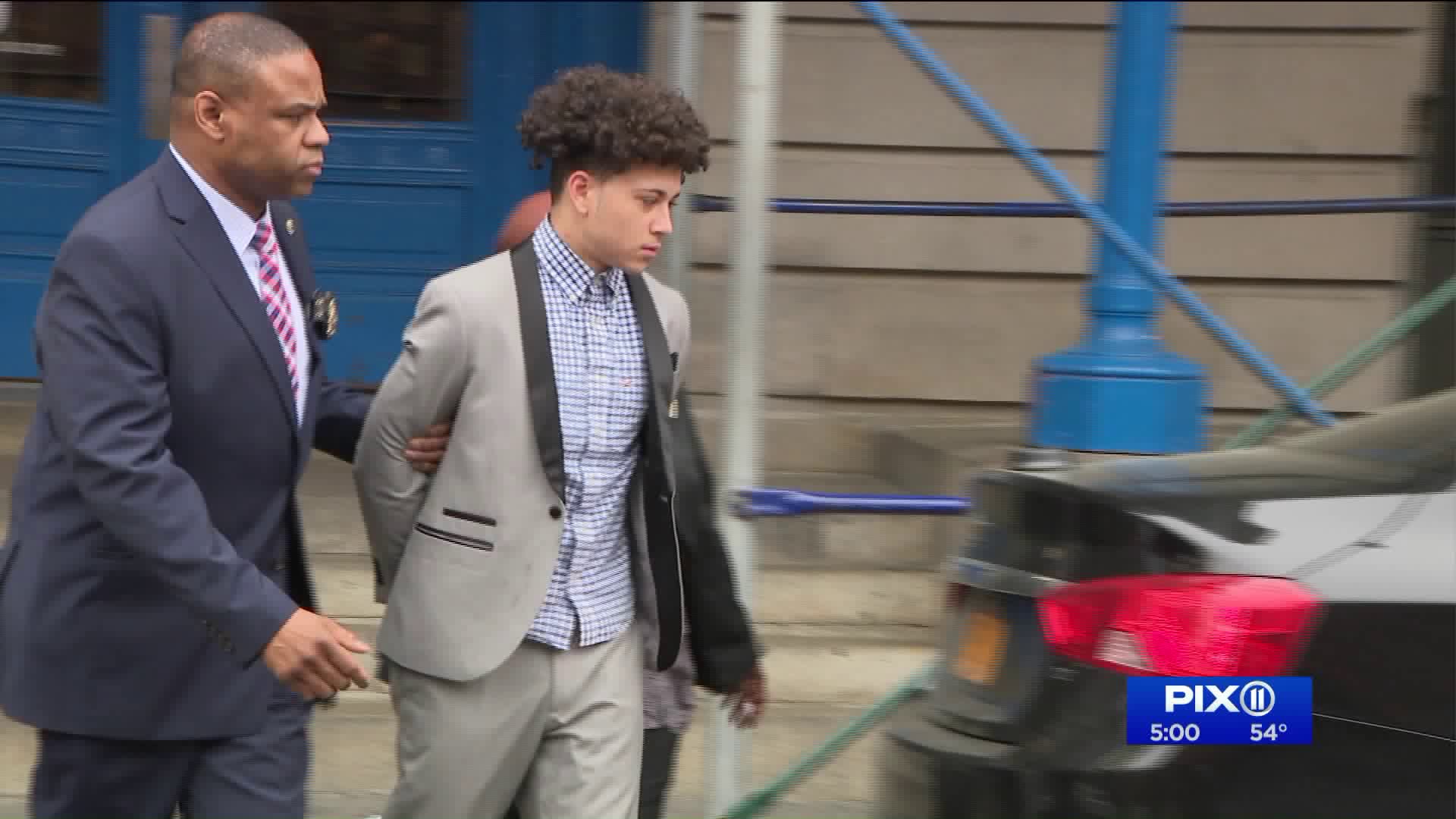 MIDWOOD, Brooklyn — The teen suspect allegedly seen on surveillance video in the fatal stabbing of a 17-year-old in Brooklyn has been charged with murder, police said Wednesday.

David Lopez, of Rugby Road, Brooklyn, is accused of stabbing Rohan Burke to death Monday afternoon in the area of Avenue M and 17th Street in Midwood. He is charged with murder and criminal possession of a weapon.

Burke’s family can’t make sense of what led to the sudden death.

“My heart is so heavy, I don’t know what to do without him,” a family member said.

The high school student was stabbed in the chest following a dispute on a street corner.

Burke then stumbled into a pizza shop for help before collapsing. Workers say the teen was screaming for someone to call 911.

Burke was rushed to Maimonides Medical Center, where he was later pronounced dead.

Galloza faces charges of hindering prosecution and tampering with evidence.

The attackers and the victim were known to each other, but it's not clear what the dispute was about.