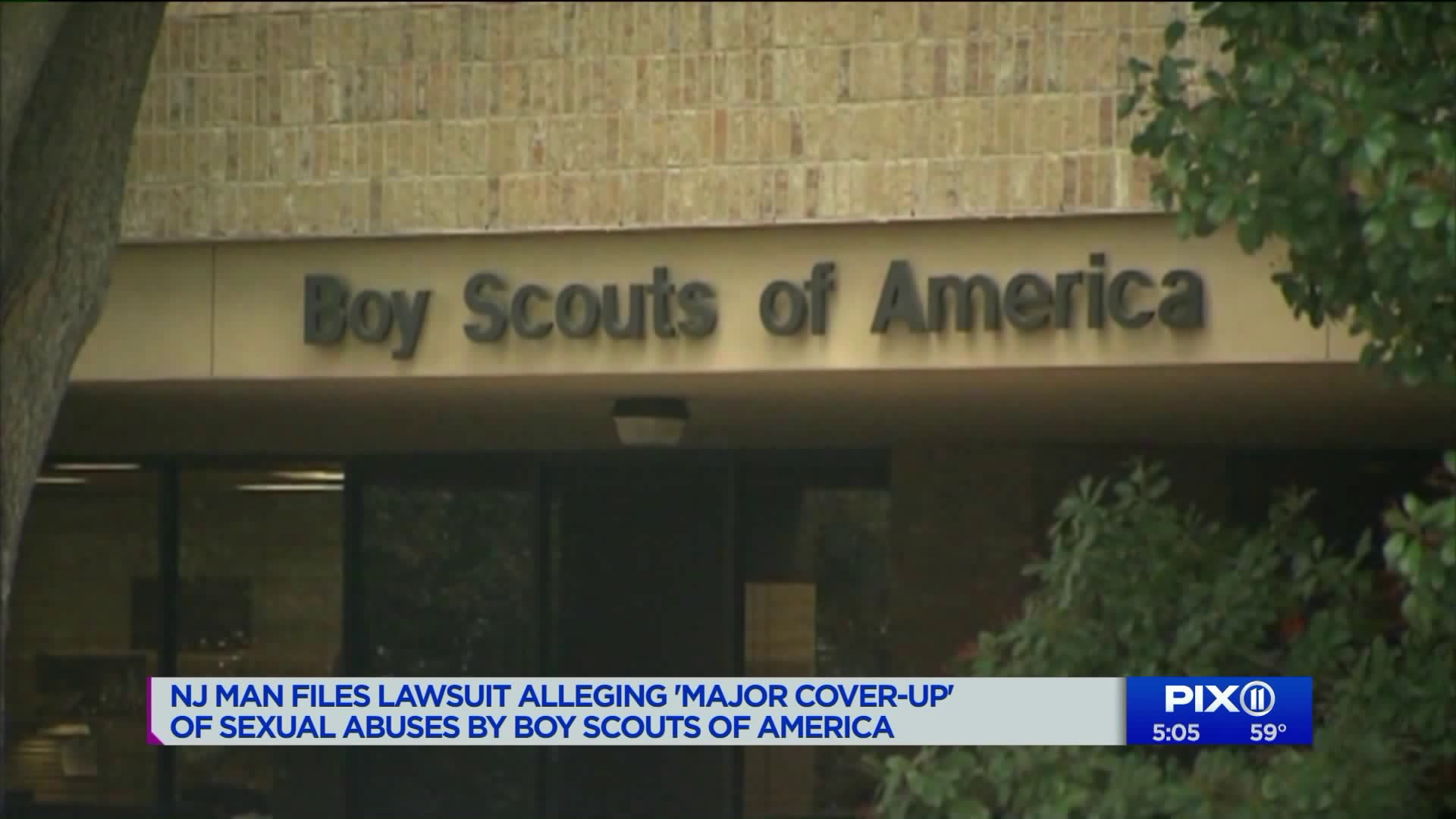 A former Boy Scout who claims he was sexually assaulted by his troop leader is suing the organization, not just for his own abuse but for the alleged cover up of thousands of cases across America.

NEWARK -- A former Boy Scout who claims he was sexually assaulted by his troop leader is suing the organization, not just for his own abuse but for the alleged cover up of thousands of cases across America.

"I stayed silent about it for a long time," said 47-year-old Richard Halvorson. "No more."

Halvorson said he was abused in 1982 at age 11 by his Boy Scout troop leader, Angelo Dellomo.

Halvorson says Dellomo forced him to perform sex acts to get his Boy Scout badges.

"This is the physical fitness," he stated, holding up a small gold pin. "This is what cost me my innocence."

His attorney, Jeff Anderson, filed suit in Atlantic County yesterday where the abuse allegedly occurred. The Boy Scouts of America say they prohibited Dellomo from scouting and reported him to police when they were alerted to a separate abuse allegation in 1986.

Halvorson went to the authorities in 2013. But the statute of limitations had already lapsed for his claims. This lawsuit is for conspiracy and nuisance against the Boy Scouts of America.

"Nuisance sounds like it is minor, but it really is a major cover up," Anderson said.

Halvorson’s lawsuit seeks to blow the lid off any past practices that may have harbored sex offenders.

"This is gonna help past victims come forward. You can do it, you are strong enough. This will help future, non-victims because it shouldn’t happen again," he said.

Anderson disseminated Dellomo’s 'perversion file' which lists his occupation as a teacher. He’s believed to be in his 70s and living in Atlantic City where Anderson says he is involved with a group called the Boy Pioneers of America.

"Law enforcement did not prosecute because they didn’t have the information that the Boy Scouts had," Anderson said.

"We deeply apologize to Mr. Halvorson and are outraged that Mr. Dellomo took advantage of our program to harm him."

"We ardently agree with Mr. Halvorson that youth protection policies – even strong ones like those the BSA has implemented throughout our history – are most effective when all youth-serving organizations can access and act on this information. This underscores why we fully support and advocate for the creation of a national registry of those who are suspected of child abuse..."

But advocates say BSA has not released all the files they have on accused scout leaders.

"It's not good enough to have their safeguards and still keep it quiet," Halvorson said. "They need to release it. Tell us what they know."