Teen dies after being stabbed on street corner in Midwood 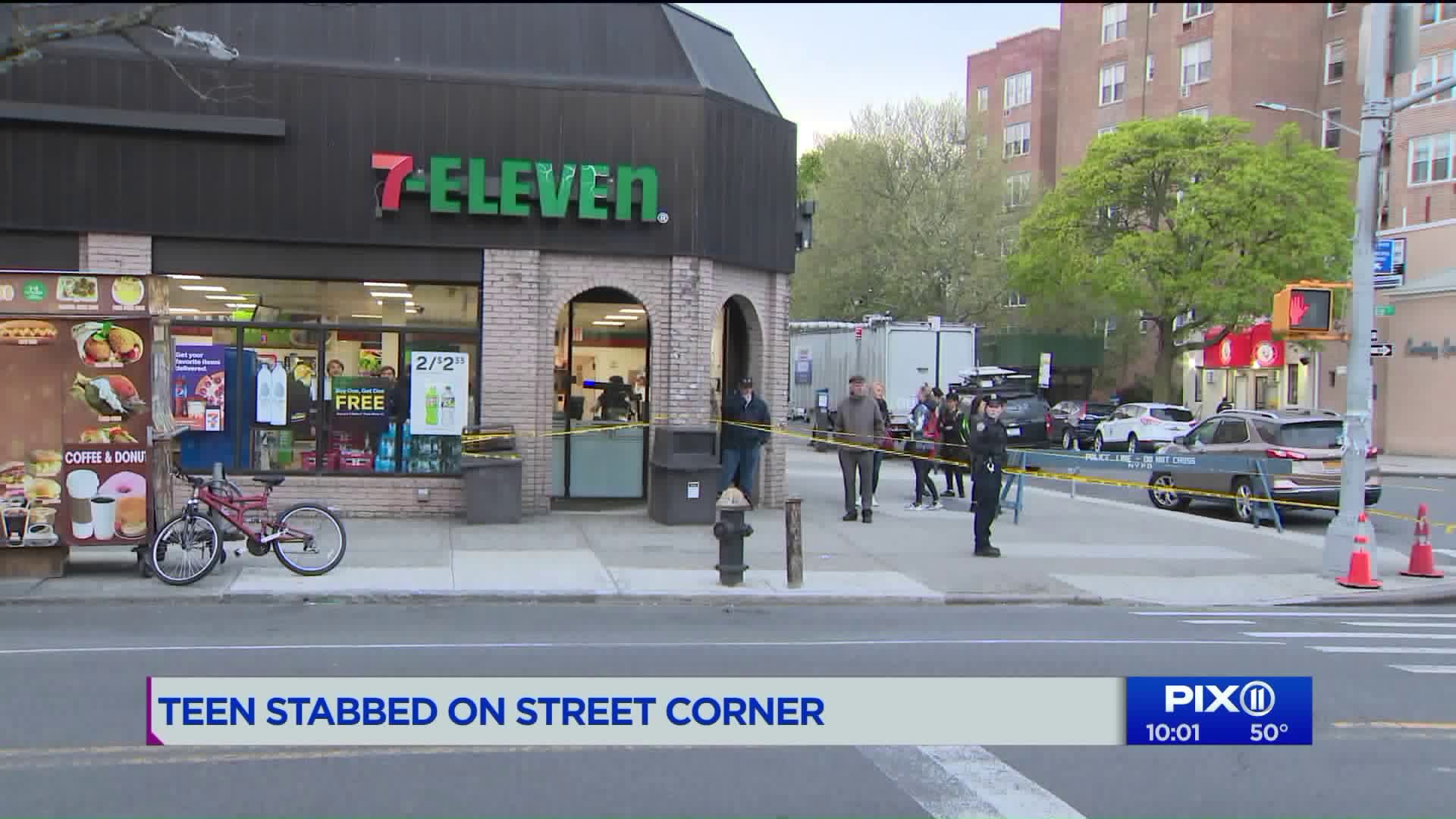 The teen is in critical condition after being stabbed outside a pizza restaurant in Brooklyn. 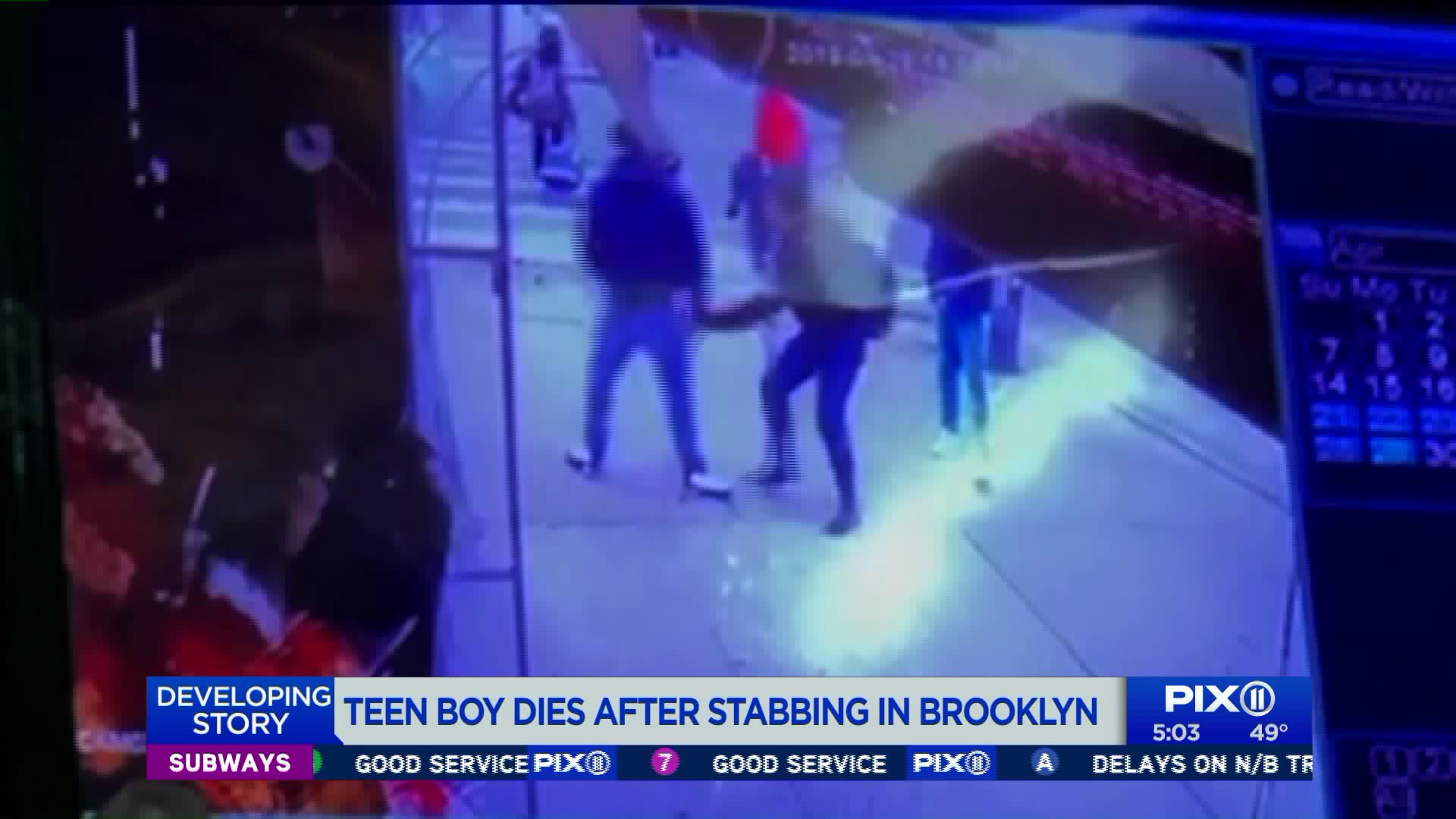 MIDWOOD, Brooklyn — A 17-year-old is dead after he was stabbed in the chest following a dispute on a street corner in Midwood, Brooklyn Monday afternoon, police say.

It happened just after 4 p.m. in the area of Avenue M and 17th Street.

The attack happened following a dispute at the 7-11 which escalated, and Rohan Burke was stabbed outside a pizza restaurant across the street, police say.

Burke was rushed to Maimonides Medical Center, where he was later pronounced dead.

The victim was a student at Lafayette High School in Brooklyn, but he missed over 100 days of school this year, according to police sources.

The attackers and the victim were known to each other, but it's not clear what the dispute was about.

Police are looking for two to three male suspects who could have a knife.