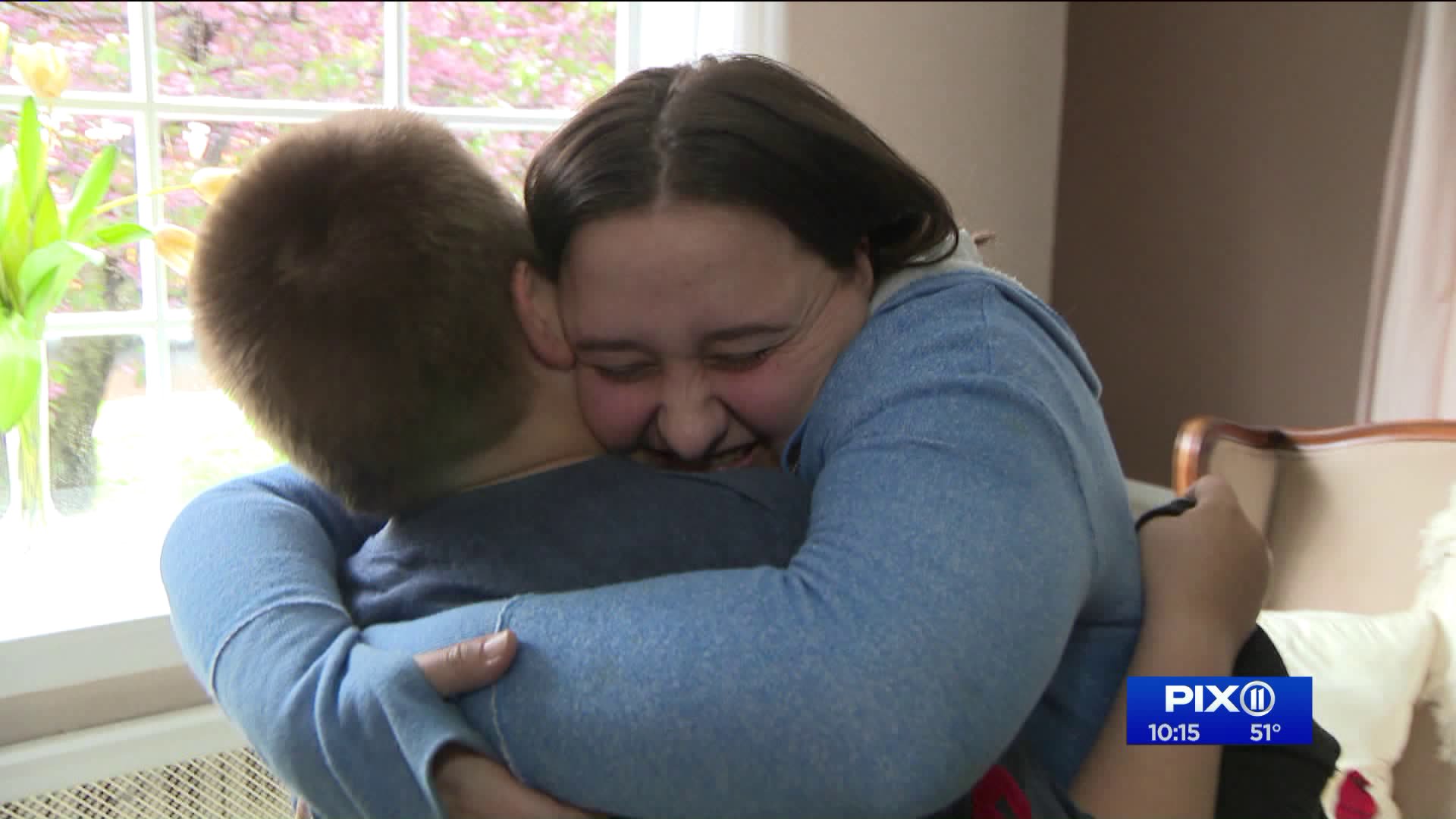 Last summer a New Jersey mother decided she would rather sit in jail in Wisconsin than allow her son to see his father a man she accuses of being an abusive addict obsessed with guns.

UNION, N.J. -- Last summer, a New Jersey mother decided she would rather sit in jail in Wisconsin than allow her son to see his father — a man she accuses of being an abusive addict obsessed with guns.

Then suddenly, after nine months behind bars, as the case came under scrutiny, she was released.

The case pitted two parents and two states against each other, and left left their special needs child without either parent for nearly a year.

Joe fought with the family, and Sarah reached her breaking point. She said Joe had long-refused to accept Daniel’s autism, blaming vaccines for everything

“To this day he will not acknowledge it,” Sarah said.

Sarah alleges Joe had been abusive for years threatening to kill her and Daniel. She also says he’s addicted to painkillers.

Joe he admitted to questioning vaccines, and as for the drugs, he popped a pill during an interview.

Capozzi said she knew things were bad for her granddaughter, but had no idea how bad until they got inside the Union Police Department to file a restraining order in 2015.

“She had no freedom from him, she was like a prisoner,” Capozzi said. “He put a gun to get head and raped her… he put a knife to her neck and threatened her.”

Joe calls all of that a lie, pointing to no police reports filed while they lived together in Wisconsin.

Sarah said she was too afraid to report anything in until she got to New Jersey.

“He had guns and he had me isolated,’ she said. “I didn’t have a phone and if I left the house he was with me or Daniel was with him… so if I went to police it was him on one side of the door with guns and my son, and police on the other side. That just didn’t seem like a good risk to take.”

Union Police believed Sarah. They arrested Joe, took him to the airport, and told him never to come back. Sarah and Daniel stayed in New Jersey, and she said with Joe out of the picture Daniel began to blossom with the help of special education.

However, Joe continued filing paperwork through the Wisconsin courts and finally something stuck during the summer of 2018.

Though Joe had not seen his son in four years, he got a Wisconsin judge to grant him custody, hold Sarah in contempt court for not coming back to the state, and sign an arrest warrant.

“I have legally sole custody,” he said. “I have placement. It isn’t a argument, it isn’t a debate.”

A New Jersey judge felt she had no choice but to send Sarah to jail in Wisconsin. But sensing something was wrong, the judge also granted emergency custody of Daniel to Sarah’s sister Emily.

“I’m perfectly willing to sit in jail until he’s 18,” Sarah said seven months into her incarceration. “His safety matters more than anything.”

Both parents and both states stayed deadlocked for nine months, until our PIX 11’s investigative parters in Wisconsin FOX6, began investigating. An email was sent inquiring about how long someone could be jailed for contempt of court, and hours later Sarah was released.

It turns out there is a six-month limit on holding someone for contempt of court in Wisconsin. Sarah had been held illegally for three months.

“They cut me loose with just no information, no apology,” she said.

A two-hour flight put Sarah by the window watching Daniel walk off the school bus — and into her waiting arms.

Daniel sometimes struggles with affection and physical touch because of his autism. But when he saw his mother they repeatedly hugged, kissed and Daniel said “I love you,” several times.

Sarah said she knows the whole ordeal likely is not done. She is planning legal action against the state of Wisconsin.

New Jersey still has granted her a permanent protection order against Joe, and the Wisconsin courts still believes Joe should have custody. Both parents want to see a federal court take on this case, each believing they will win custody of Daniel.