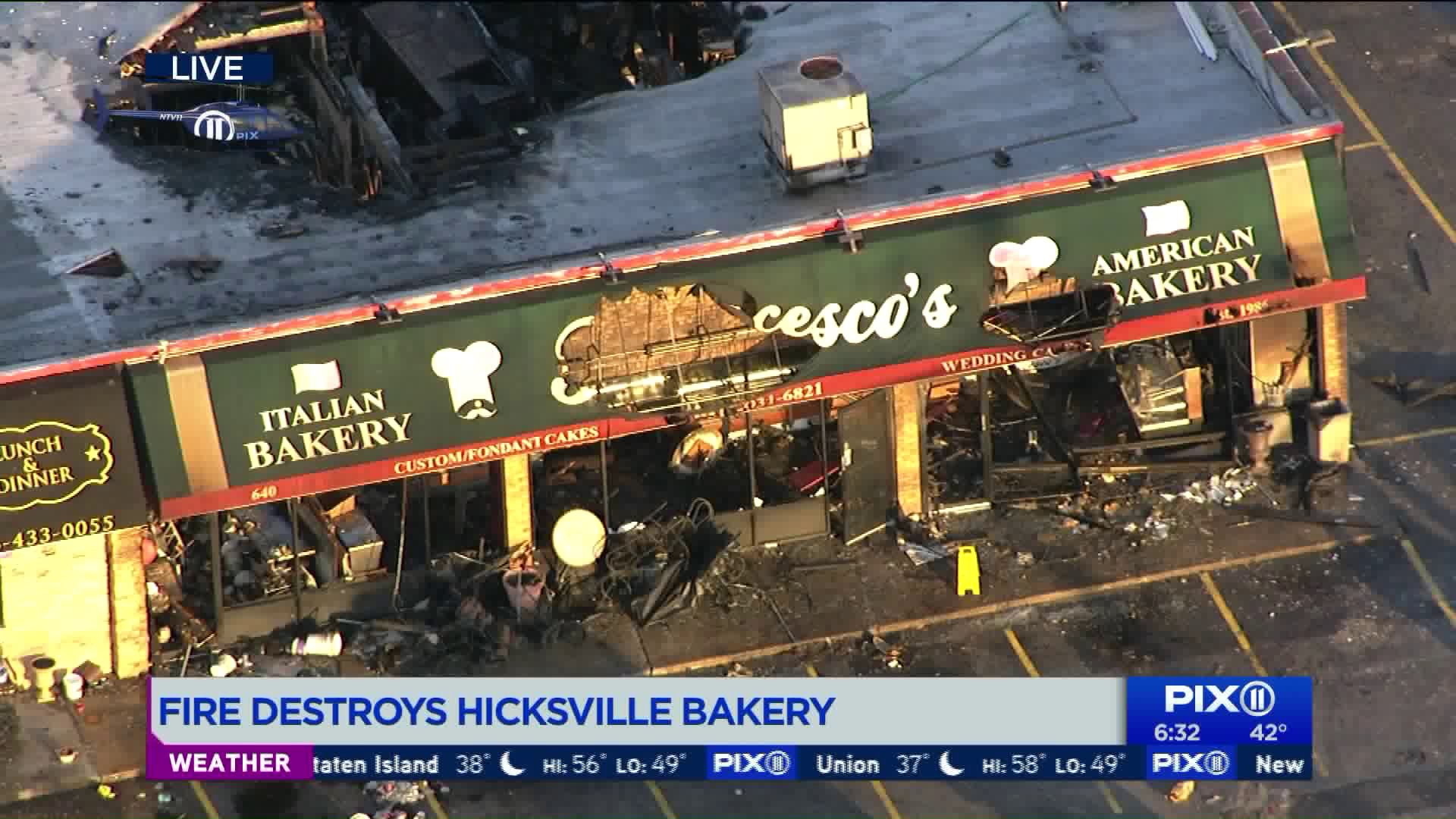 A two-alarm fire late Sunday night seemingly destroyed Francesco`s Bakery in Hicksville, Long Island. Fire officials said the call for the fire came in around 11:30 p.m. Sunday, April 28, and was under control about an hour later at 12:30 a.m.

HICKSVILLE, L.I. — A fire broke out late Sunday night at a popular neighborhood bakery in Long Island, according to fire officials.

Authorities said the call came in around 11:30 p.m. Sunday for flames at Francesco's Bakery at 640 South Broadway in Hicksville.

The two-alarm blaze was under control about an hour later at 12:30 a.m., officials said.

No injuries were reported, according to authorities.

AIR 11 flew over the scene early Monday morning and showed the bakery nearly completely gutted by the blaze.

A spokesperson for the bakery told PIX11 they were able to salvage all wedding cake and custom cake orders, but were unable to save standard orders of 8-inch cakes and sheet cakes