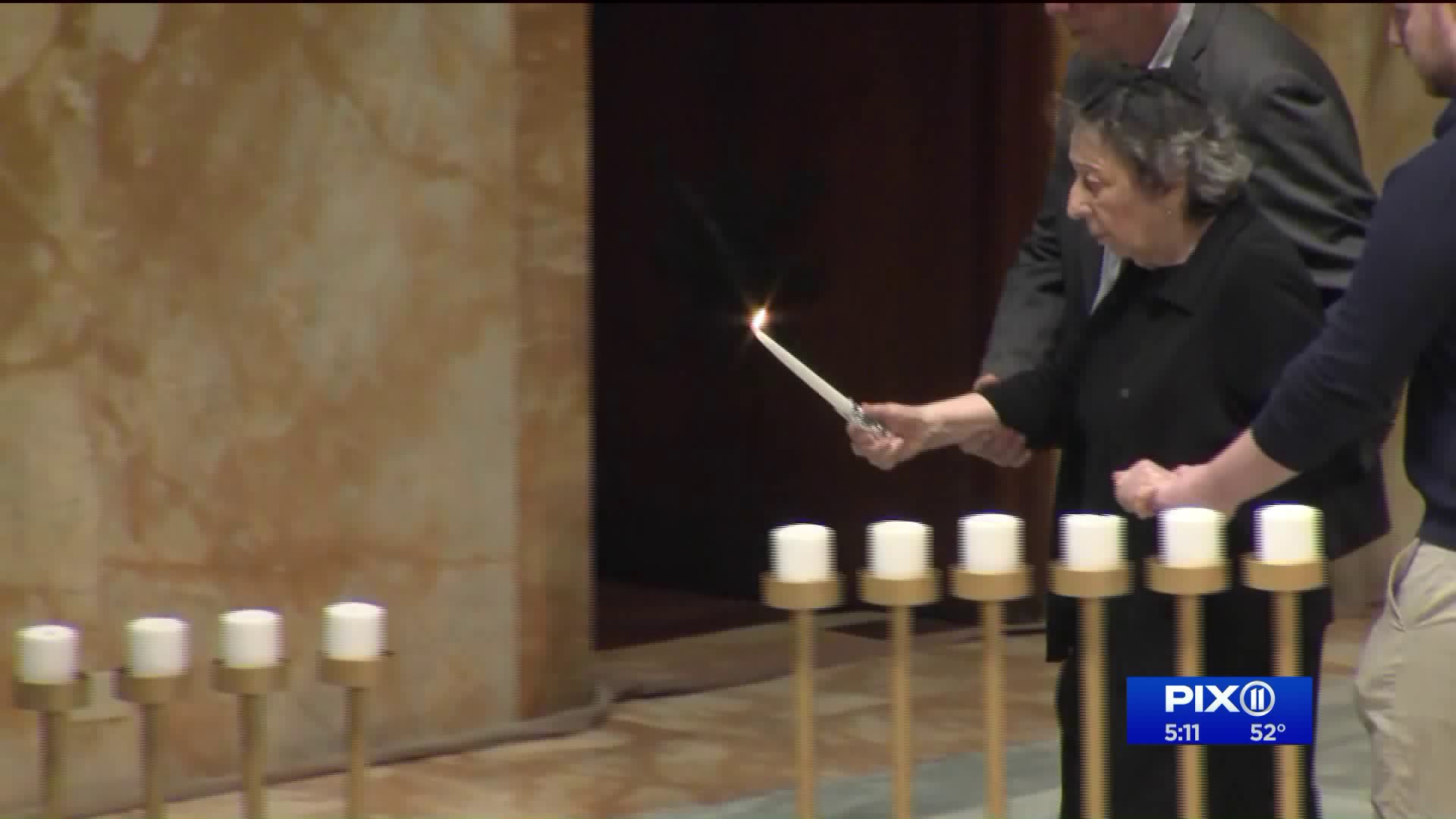 Survivors came together to remember the millions killed in the Holocaust. An annual Remembrance Day is on May 1.

It was a day of remembrance at Temple Emanuel with 36 survivors of the Holocaust lighting candles in memory of the six million Jews who perished in the Holocaust.

Surrounded by children and grandchildren, this service had particular poignancy coming just one day after a gunman opened fire on the last day of Passover at the Chabad of Poway synagogue near San Diego. One woman was killed protecting the Brooklyn-born rabbi.

The shooting was exactly six months to the day after one of the worst acts of violence against the American Jewish community left 11 dead in a Pittsburgh synagogue.

“We really remember so many past incidents of anti-semitism,” Bruce Ratner, the chairman of the Museum of Jewish heritage, told PIX11 News. “It redoubles our efforts to make people understand what happened during the Nazi era and the Holocaust and how hate and discrimination can being in terrible, terrible things.”

At this annual gathering hosted by the Museum of Jewish Heritage, more than 2,000 people gathered to remember and hear firsthand accounts from Holocaust survivors, including Irving Roth, who arrived at Auschwitz at the age of 14.

“Why was I at Auschwitz? What crime had I committed?” Roth said. “I was born a Jew. That was my crime."

Many speakers talked about making sure future generations know what their ancestors endured during the Holocaust.

“My children will never hear my grandfather’s story directly from him,” David Berke, grandson of a Holocaust survivor, said. “But they will hear it because it is our responsibility to educate them about the past and where we came from."