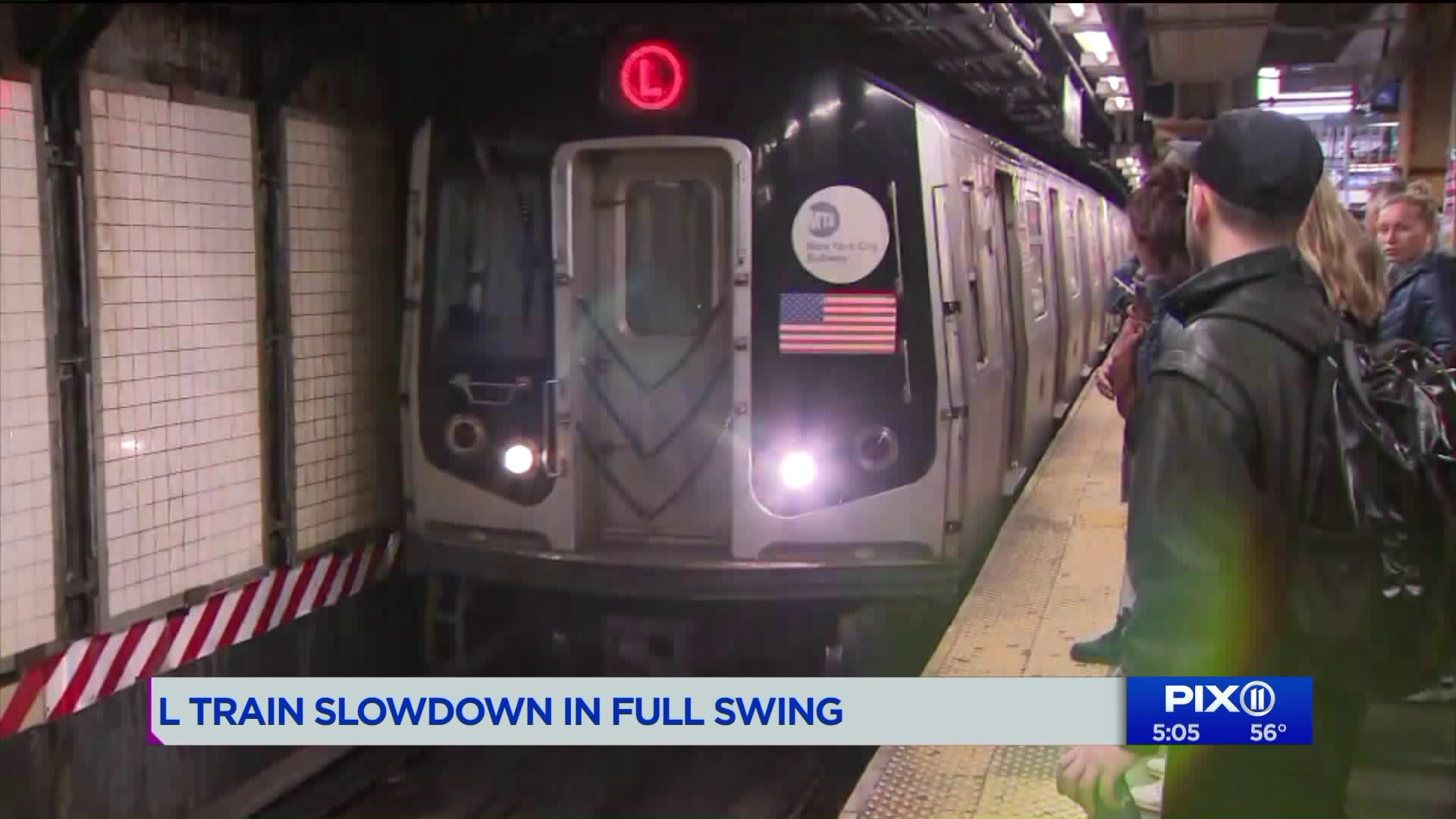 Commuters have been preparing for L train service interruptions, but city officials and residents complained early about inaccurate countdown clocks.

"Twenty minutes is a long to wait with the kids a little frustrating trying to get around on the subway between Brooklyn and Manhattan," said Naomi, with her children in tow.

Platforms were crowded and MTA employees with megaphones were encouraging riders to move to down the platform as they wait.

Trains can only run in one tube under the East River as crews work to fix damage done by Superstorm Sandy in 2012 that is now in desperate need of repair.

Chief Customer Officer for NYC transit offered a temporary suggestion to the electrical issue around 1 a.m. stating on Twitter: ." Biggest takeaway, the M is a better option for many L riders after 9pm. Pls help us spread the word and let ppl know it’s available."

The transit company issued an update, stating they've remedied the situation by turning the countdown clocks off while they worked to fix the issue. MTA said they were also aware of inaccurate information on the transit app.

L Train update- We have turned off the countdown clocks on the L train because they were showing inaccurate arrival information. We're also aware that real-time arrival data on MYmta (app and website) and SubwayTime for the L is not correct. Our team is actively working to fix.

MTA is now using Twitter to update commuters with the accurate times of train arrivals until the countdown clocks are repaired.

The transit company has sent an update every hour  beginning at 10 a.m. and 11 a.m.

They also released the following buses made available during the L train project: Buses: M14A and M14D buses and Williamsburg Link (B91/B92) buses.

The L will continue as normal during the busiest weekday times but service has been reduced during nights and weekend, MTA said. The M train, G train, and 7 train have been added to the line to proved more service options, the site states.

Alternate service options have been made available on MTA's site.

The L train rehabilitation is expected to be completed by the fall of 2020.

L trains will run every 10 minutes in Brooklyn between Rockaway Pkwy and Lorimer St. Every other L train will continue into Manhattan. In Manhattan and at Bedford Av, the L will arrive every ~20 minutes, but at certain times, it may be too crowded to board the first train. (2/8) pic.twitter.com/kStqMmctof