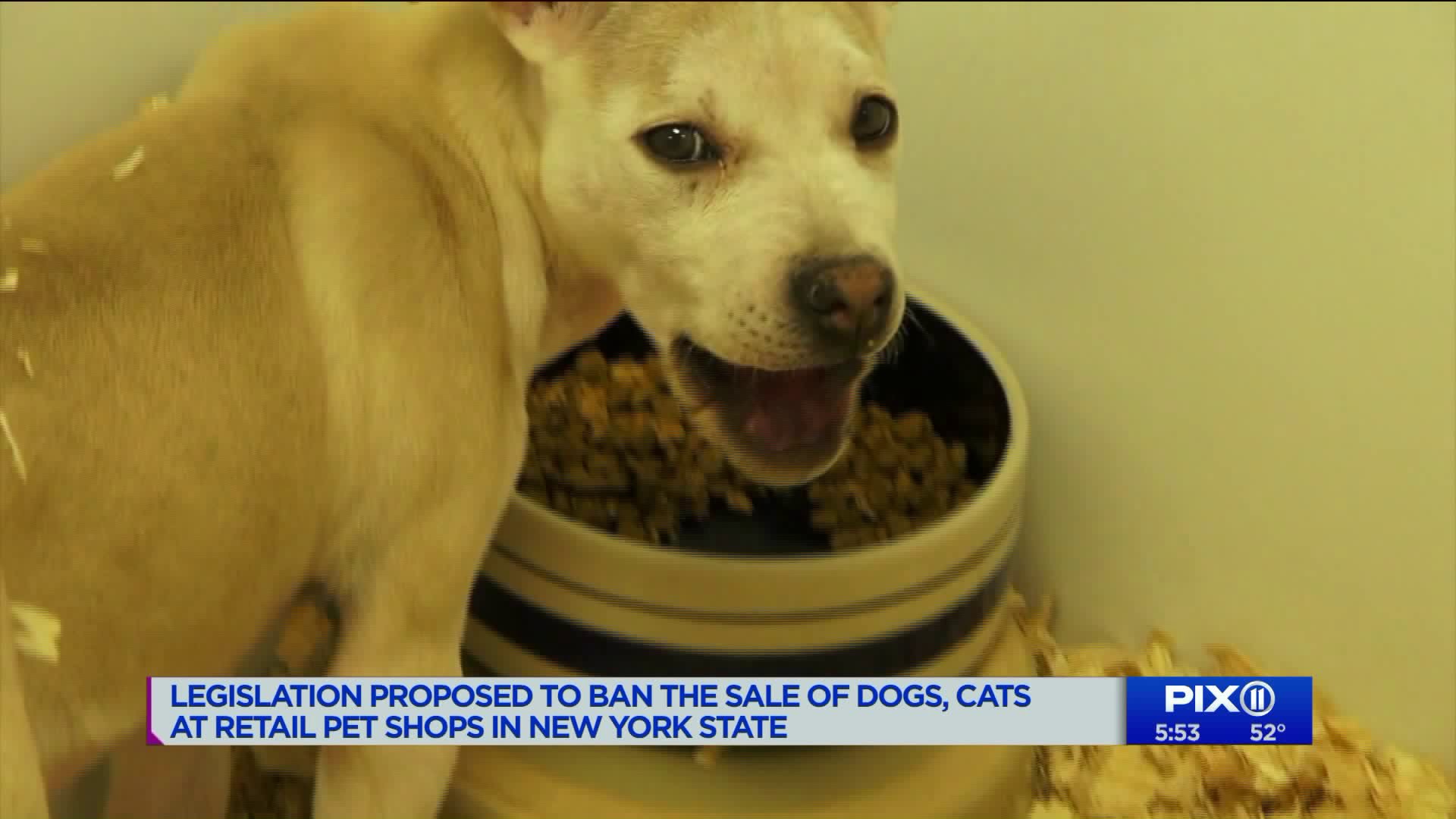 A group of lawmakers introduced legislation today that will be sending those who are looking to buy a furry friend to a local Animal shelter.

“We should not be treating dogs and cats like commodities, we should be treating them like living things,” State Senator Michael Gianaris who introduced the bill, said at a press conference held at the ASPCA hospital in Manhattan.

Under the bill, pet stores will only be allowed to feature animals from rescue organizations and shelters, putting a muzzle on the so-called puppy mill pipeline which supplies a majority of dogs up for sale in stores.

“That’s where the magic comes in - we let them come to pet stores where rescues and shelters can offer and feature the animals,” Assemblywoman Linda Rosenthal, a sponsor of the bill, told reporters.

Also on hand for bill’s rollout was Sopranos’ star Edie Falco, an animal advocate and the proud owner of a Brussels Griffon seized in an illegal puppy mill. The dog, named Sami, had several of her liters sold in a pet stores.

“We are in a position right now where we could maybe pass a bill that will stop the sale in pet shops of animals that come from these puppy mills,” she said. “I didn’t know that I would ever see it.”

According to the ASPCA, New York has one of the highest concentrations of puppy-selling pet stores in the country.

If the bill becomes law, New York will be the third state in the country behind California and Maryland with a pet store ban.

The Pet Industry Joint Advisory Council is blasting the proposed legislation, saying it will harm consumer choice and lead some pet shops to shut down.

“The actual sale of animals count for about 2 or 3% of the revenue pet stores get so this is not something that’s going to break the bank for them,” State Sen. Gianaris said in response to the Pet Industry’s claim.

Lawmakers are aiming to get the bill to a vote before the end of the legislative session in June.