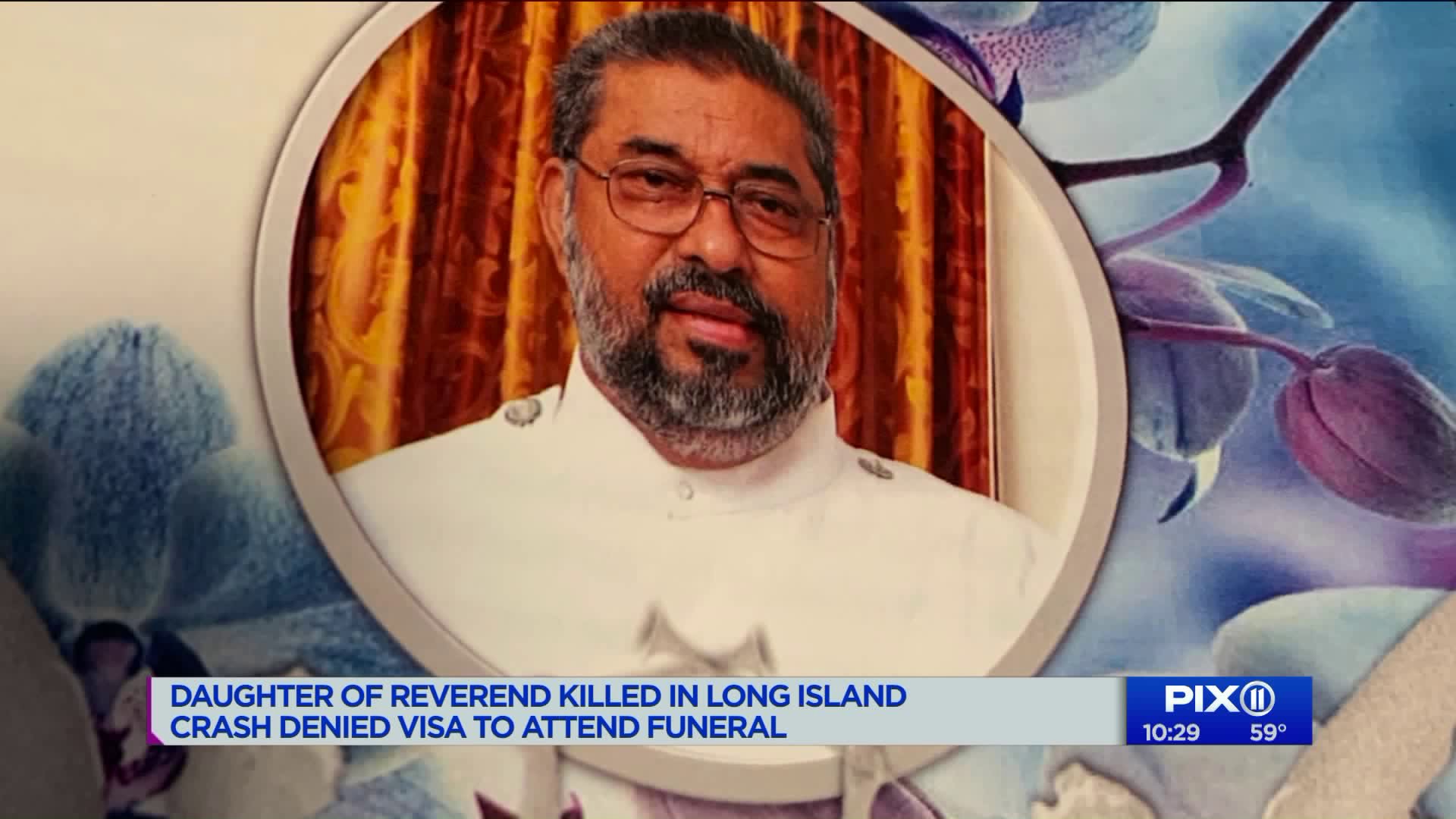 His sister told PIX11 Friday night, she was denied a temporary visa to the United States, by the U.S. Embassy in India, even though she had all of the necessary paperwork.

LONG ISLAND -- The daughter of a Long Island reverend killed in a car crash a week ago has been denied a visa to attend his funeral.

Reverend TC Mammen, 69, conducted his last sermon on Good Friday just a few hours before his life was taken.

“He was an amazing dad and a great priest," said his son Melvin Mammen, at his wake Friday, outside of the Merrick church where he was a priest.

According to police, a driver who was under the influence of drugs crashed into the father of three, as he was driving on the Southern State Parkway in Massapequa that night. He later died.

Now, as Melvin, who’s an NYPD officer, mourns the loss of his father, he’s disappointed his sister, who lives in India can’t attend the funeral.

“If someone wants to come to this country for a funeral, they shouldn't be denied because they don't have any assets," Melvin Mammen said.

His sister told PIX11 Friday night, she was denied a temporary visa to the United States, by the U.S. Embassy in India, even though she had all of the necessary paperwork.

She was told the reason was because she couldn't prove she wasn't abandoning her country.

"I told her I'd be coming back after my father's funeral because I'm leaving my husband and children here," Smitha Mammen said.

Senator Kevin Thomas, who's a distant relative of the Mammen family worked with lawmakers to get an expedited interview with officials so she could make the funeral.

“Under the immigration nationality act, if a foreigner wants to come they have to meet a burden to show they will return,” said Senator Thomas.

Over a 100 people attended the wake for Reverend Mammen, except for his daughter in India.

"I cannot bear the pain," she said. "I think it's because I'm not financially sound and don't have a bank balance or property."

Reverend Mammen will be laid to rest Saturday morning.

Local leaders like Senator Thomas are pushing to have immigration laws reviewed.