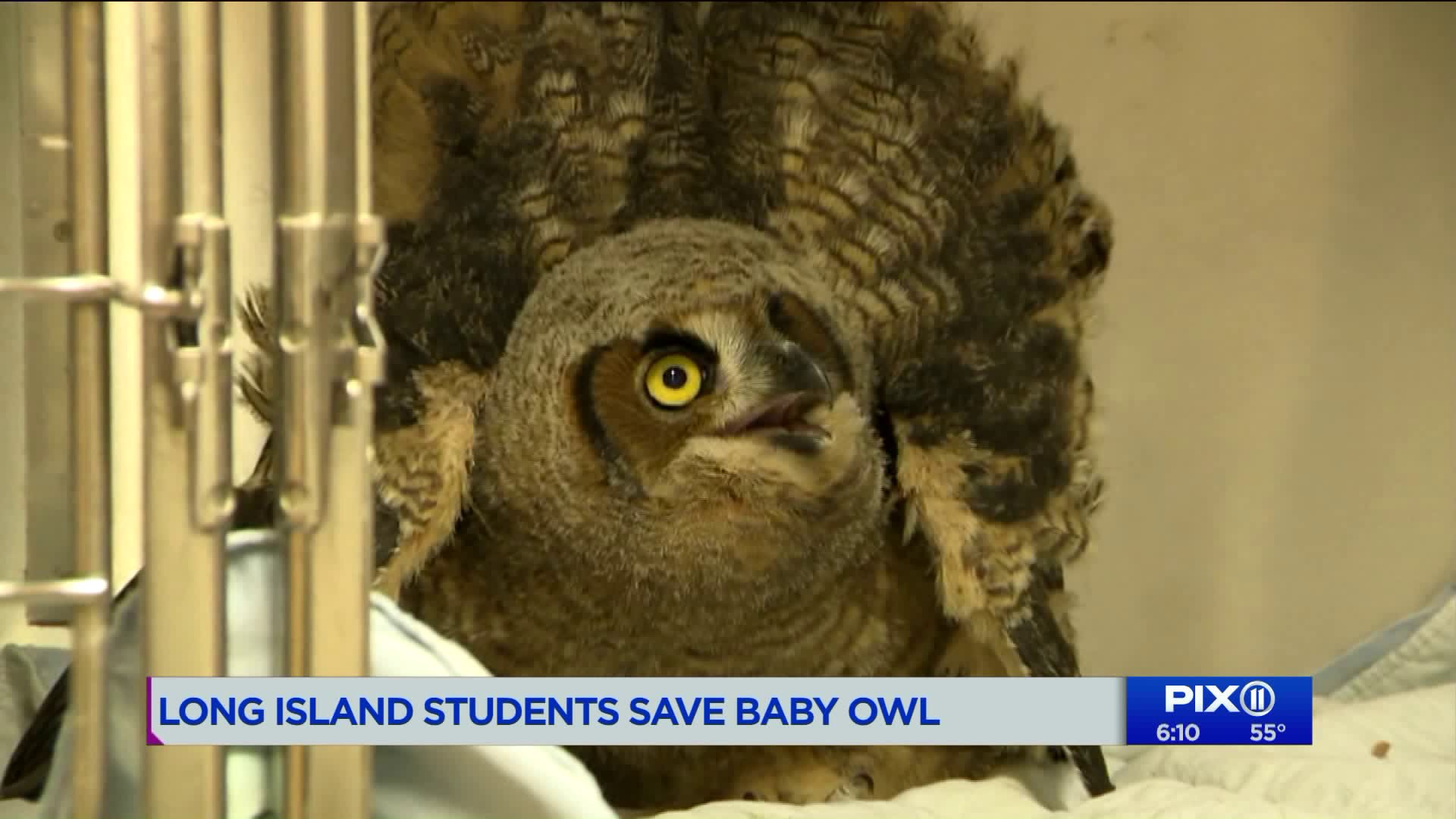 Adelphi University students Christina Sourlis and Taylor Arma were driving near campus when they noticed a creature in the middle of the road. They got out, discovered a five-week-old great horned owl that had fallen out of its nest, and called the college`s security.

GARDEN CITY, L.I. — Adelphi University's campus is home to many creatures, but earlier this month two students came to the rescue for one feathered friend.

Adelphi sophomores Christina Sourlis and Taylor Arma were driving near campus on the night of April 10 when they noticed a creature in the middle of the road.

Sourlis and Arma stopped the car and got out, only to discovered a five-week-old great horned owl that had fallen out of its nest.

The two students acted quickly, shooing the owl to a safe place on the sidewalk, away from nearby train tracks, then promptly called Adelphi's Department of Public Safety and Transportation. “I have three dogs and cat that I rescued from the streets,” said Arma. “So jumping out of the car to get the owl to safety was a natural instinct.”

Bobby Horvath, a wildlife rehabilitation expert with the North Massapequa-based Wildlife In Need Of Rescue And Rehabilitation, responded to the scene where he was able to gain control of the young owl. As it is too dangerous to leave a flightless foul in the wild, Horvath took it home with him.

In the days following the rescue, Horvath found the owl’s nest, located in a large tree just south of South Avenue but it was empty, no parents in site. Without its family, the baby owl would likely not survive on its own, especially with an injured wing.

The young owl is now in the capable hands of Horvath, who will raise and rehabilitate it for the next few months, then release it back into the community when it is ready.

Horvath said if the students had not acted as they did, the owl may not have survived. "These young students were very caring and thoughtful in their actions and should be proud of themselves," he said.