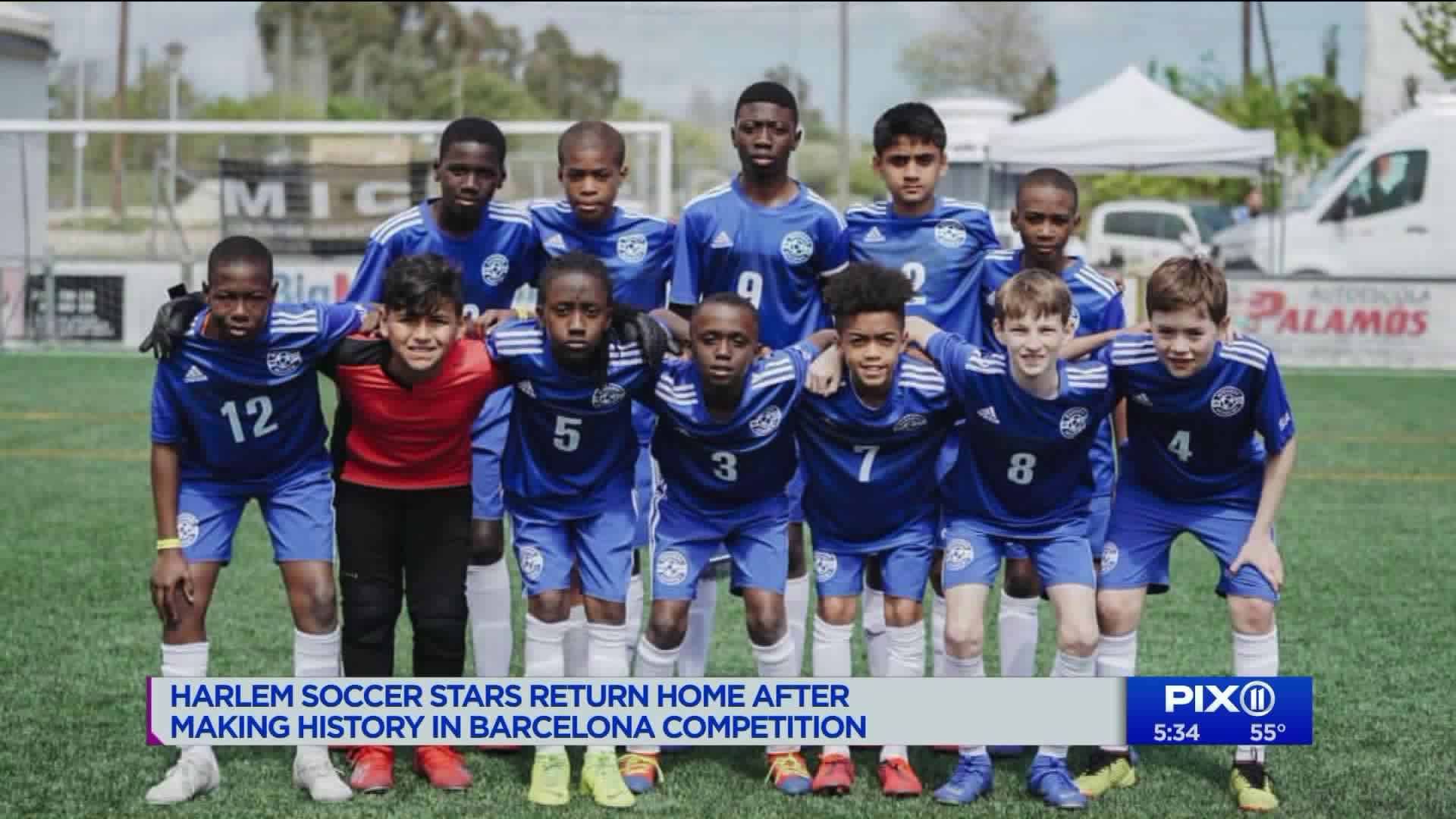 The middle school soccer team from Harlem`s Success Academy was the first public school team to ever compete in the Mediterranean International Cup in Barcelona, Spain - one of the most prestigious soccer tournaments in the world.

HARLEM — A middle school soccer team from Harlem has a lot to celebrate after returning home from a European tournament.

The Success Academy Harlem North Central soccer team was the first public school team to ever compete in the Mediterranean International Cup in Barcelona, Spain, one of the most competitive and prestigious tournaments in the world.

"It was a nice experience to see all the other teams and see their level and where they're at, and then us, and where we're at, compared to them," said student and soccer player Moussa Daho.

These young players from Harlem and the Bronx shared the stage with some of the most elite junior clubs in the world, defying norms in a sport many say is dominated by wealth and access.

"When we take these kids to tournaments and wherever we go, we know that we are breaking ground," said Bradley Williams, manager of the soccer program at Success Academy.

Williams credits his international coaching staff for exposing the young players, sometimes as early as kindergarten, to soccer culture that goes far beyond New York.

"When you look at soccer, it's a sport that should be available to everybody. It's not," said Williams. "We want to continue to provide those opportunities, but we also want the boys to be very real with themselves when they come back, and be like, 'what do I need to do now?'"

The team may not have won the championship, but walked away with a life lesson.

"We're not the best team. We need to work harder and get better at playing," student and player Yacouba Bamba said.