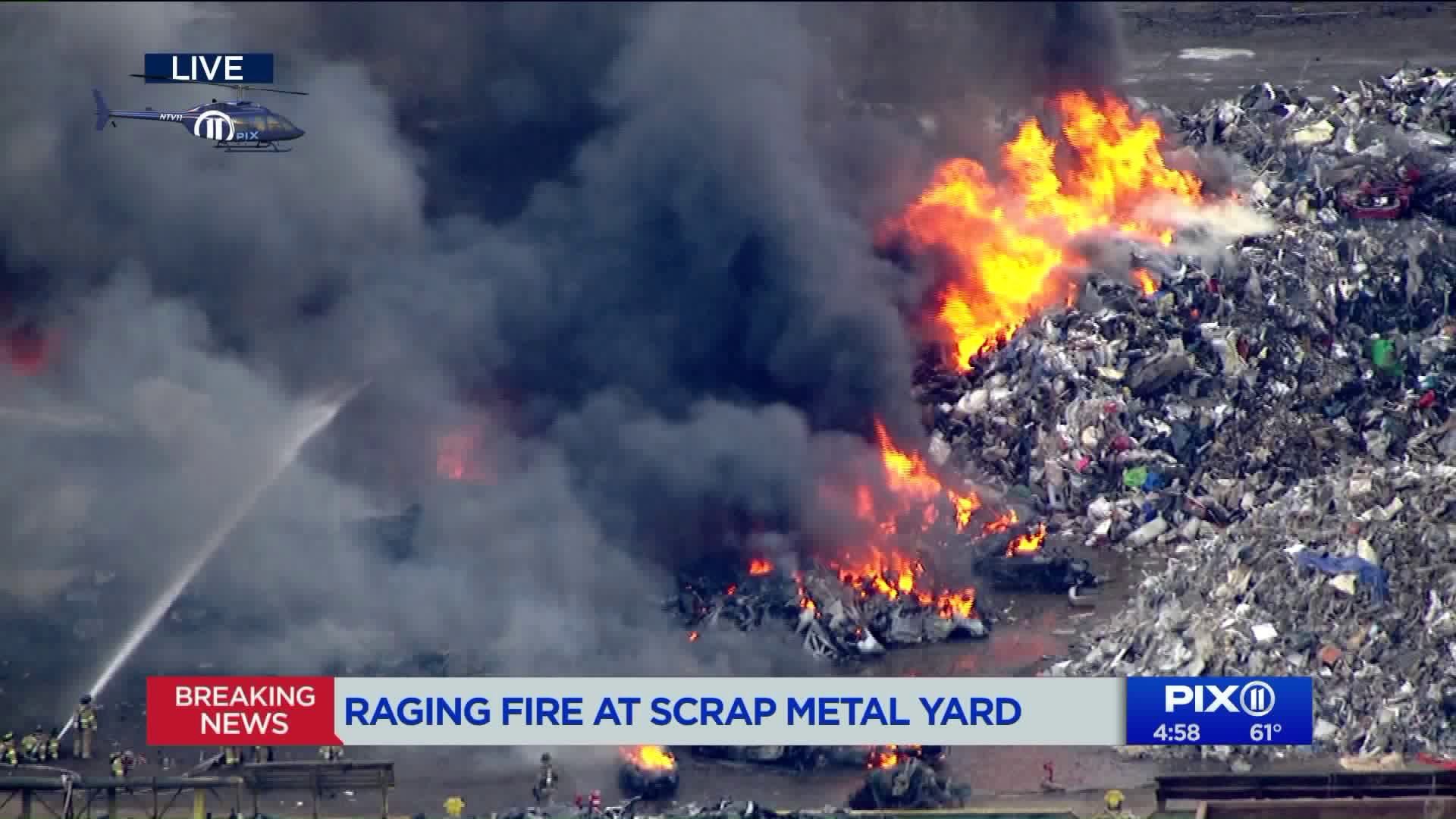 The fire is located at 1 Linden Ave. in Jersey City, according to officials. Google Maps has this location listed as Sims Metal Management.

JERSEY CITY, N.J. — Firefighters worked to put out a large fire at a scrap metal yard in New Jersey on Thursday afternoon, as seen from above by AIR 11.

The fire was located at 1 Linden Ave. in Jersey City, according to officials. Google Maps shows the location as Sims Metal Management.

Firefighters had the fire under control by nightfall Thursday.

There were no injuries reported.

The cause of the fire is being investigated.