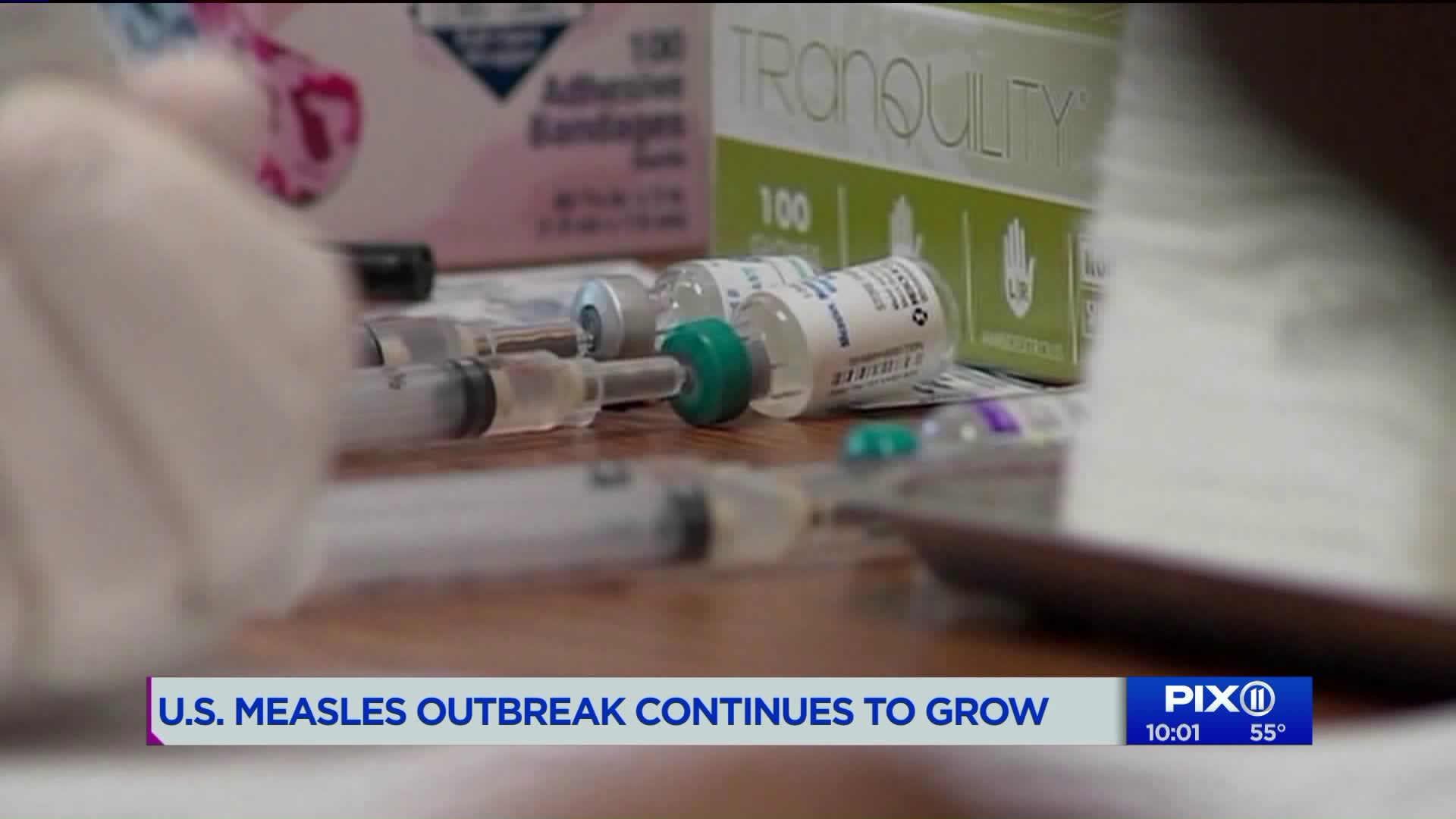 As Orthodox Jewish residents of Williamsburg, Brooklyn and Rockland County continue their observance of Passover, a growing Measles outbreak shows no signs of slowing down. Both areas remain a primary concern for health officials, as the number of cases approaches 700 nationwide, including one new case in Suffolk County, Long Island, reported Thursday night. 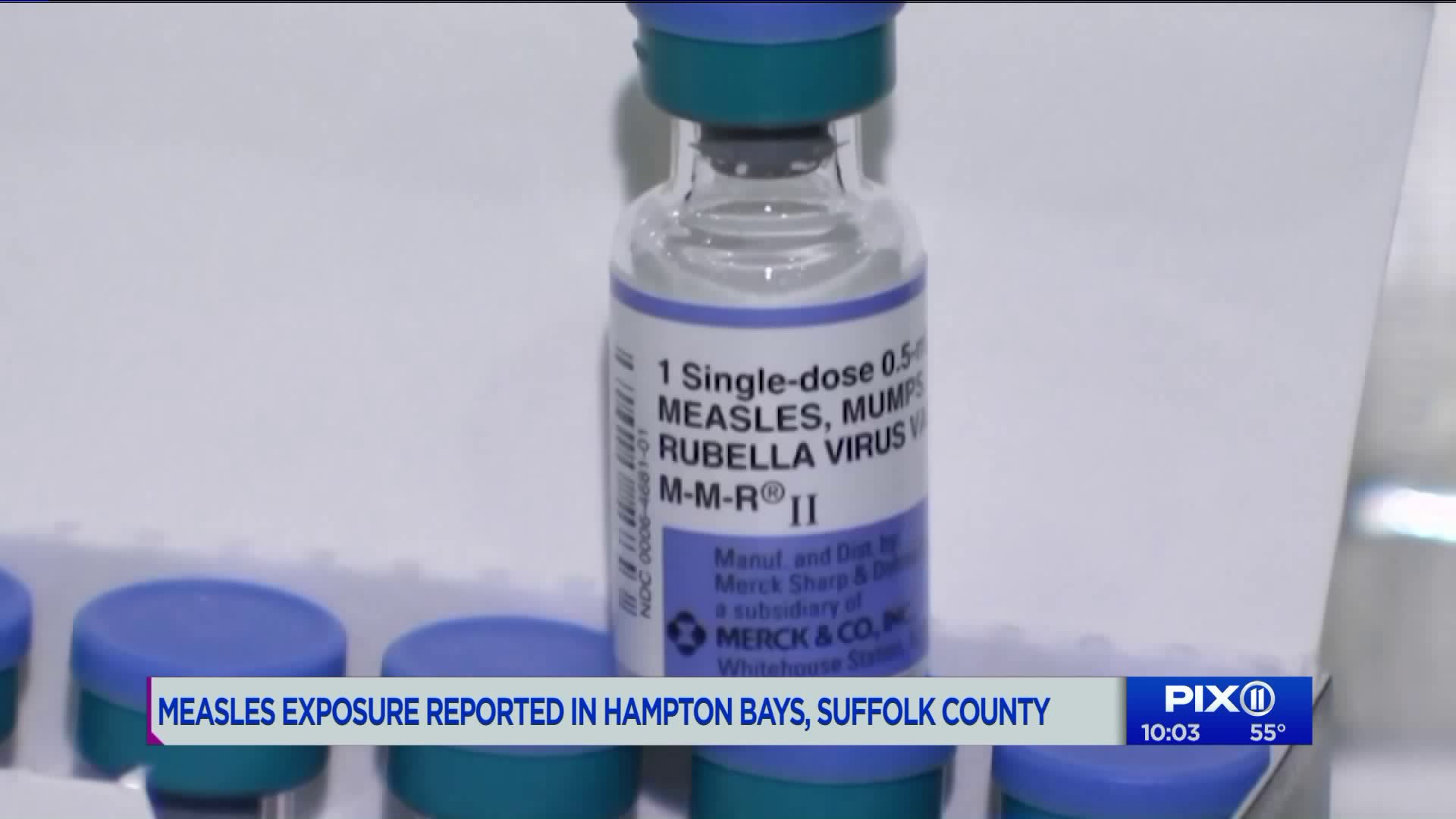 HAMPTON BAYS, L.I. — Officials in Suffolk County reported a confirmed case of measles in an adult Thursday night in a news release.

The release says the Suffolk County Department of Health Services was notified of a labaratory confirmed case of measles in an adult who arrived recently from outside of the country.

Officials said this case does not currently appear to be related to any current measles cases in New York state, as measles outbreaks in Rockland County and Williamsburg, Brooklyn, have made headlines in recent weeks.

SCDHS is working with the New York State Department of Health to investigating the case, and will take appropriate action based on the findings, officials said Thursday.

Officials are warning anyone who visited the BNB bank, located at 48 East Montauk Highway in Hampton Bays, New York, on Saturday April 20, from 12:15 p.m. until the bank closed at 1:00 p.m. may have been exposed to measles.

If you were in this bank at that time, officials ask that you contact the Suffolk County Department of Health Services’ Public Health staff at (631) 854-0333 during business hours. After hours and on the weekend, you can call: (631) 852-4820.