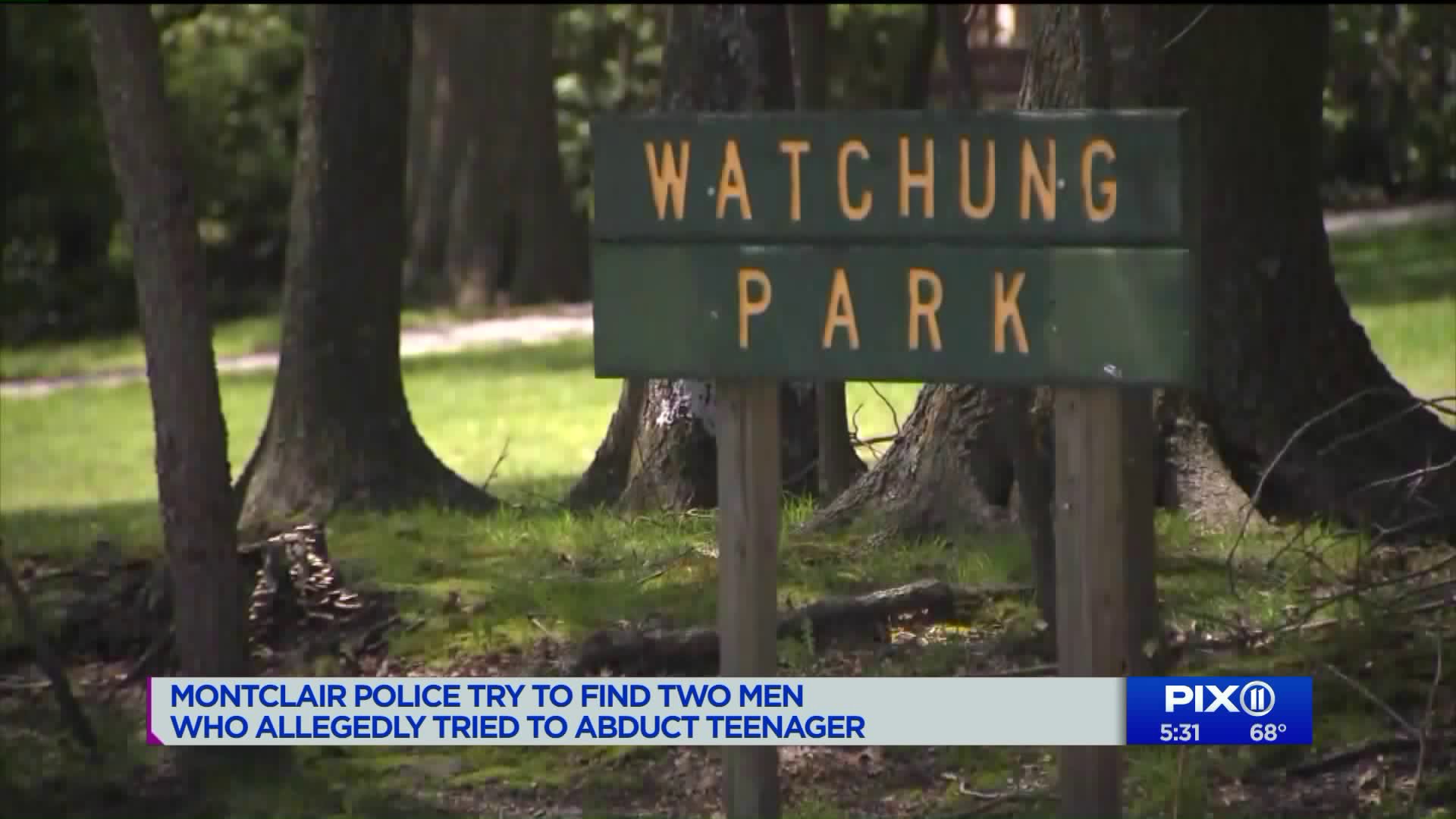 Anyone with information is urged to call the Montclair Police Detective Bureau at 973-744-1234.

MONTCLAIR, N.J. -- Police are looking for two men who allegedly tried to abduct a teenager on Easter Sunday in Montclair, New Jersey.

According to the Montclair Police Department, the 18-year-old girl was walking northbound on Park Street near Watchung Avenue a little before 3:30 p.m. That's when a vehicle with two men pulled up.

Police said one allegedly jumped out and tried to force the teen into the vehicle. She fought back, freed herself and ran home.

"There's not a lot of crime here in Montclair, so it's very strange," resident Jane Mathangani said.

People in this quiet suburb filled with old homes and tree lined streets walk alone without thinking twice about it. But now some are worried.

Cara Richardson, who lives in nearby Bloomfield, said, "I'm totally in my own world. I don't really think about that, especially in this area."

Police said the teenager had minor scrapes to her neck and arms from the incident.

Jeani Silberman lives near where it happened.

"We were around on Sunday and kind of out on our porch in front of our house and we didn't hear anything," she said.

Montclair police described the man who tried to grab the young woman as a white male between 40 and 50 years old. He is between 5 feet 5 inches and 5 feet 9 inches tall, with a medium build.

He has brown hair, brown eyes and a mustache. He was wearing a beige short sleeve shirt.

The vehicle's driver was described as a white male between 40 and 50 years old. He is heavyset with a full beard.

Police said the vehicle is green or gray. It's a 4-door older model crossover. It had a white rear license plate.

Anyone with information is urged to call the Montclair Police Detective Bureau at 973-744-1234.