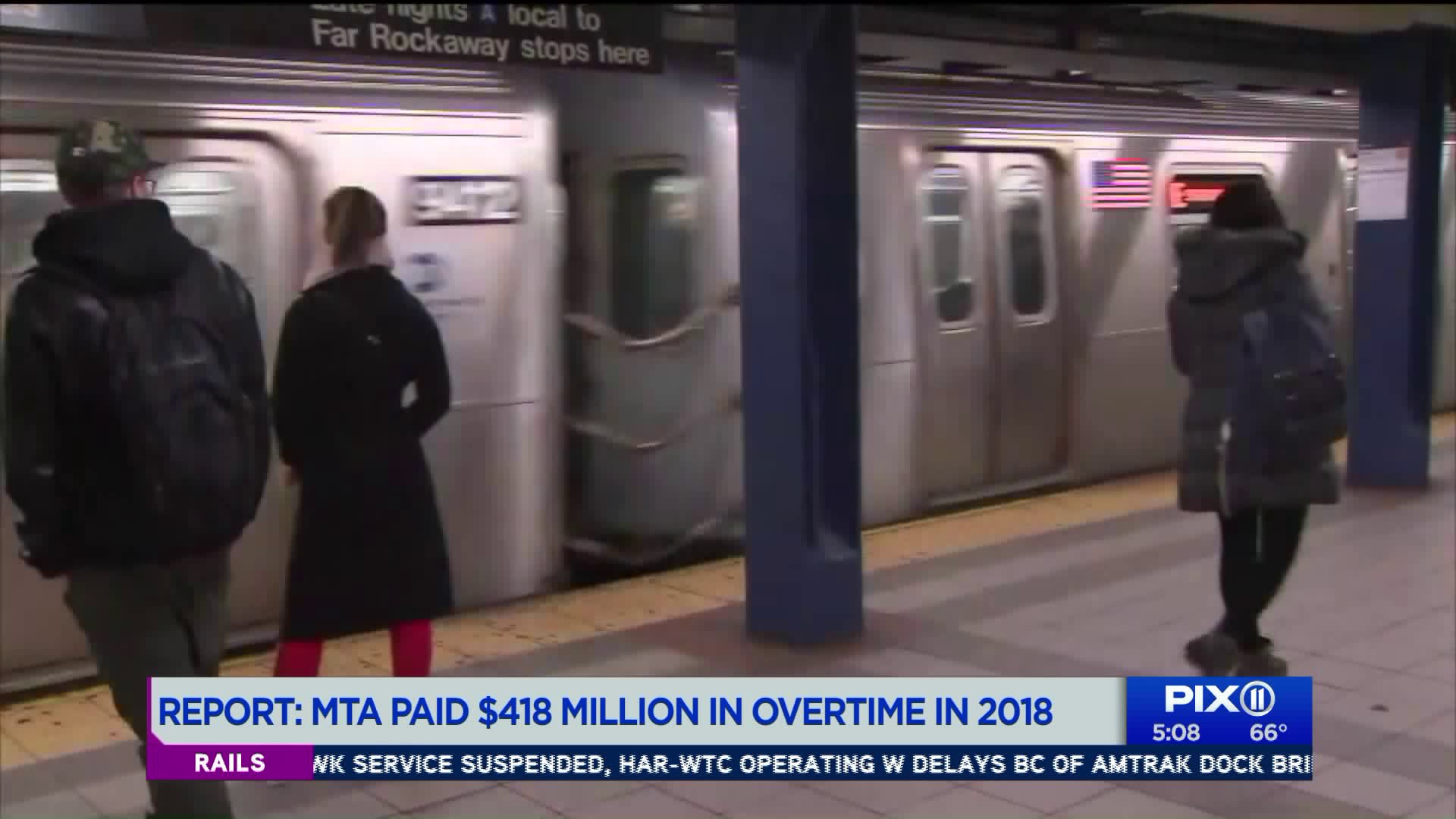 Fare hikes began on Sunday, but it looks like money won`t just be going into repairs, but also overtime for MTA workers.

NEW YORK — Fare hikes began on Sunday, but it looks like money won't just be going into repairs, but also overtime for MTA workers.

The MTA paid out $418 million last year just in overtime — that’s about $82 million more than they expect to bring in from the latest fare hike, according to a report by Empire Center, a non-profit, non-partisan think tank in Albany.

Two subway maintenance supervisors made more than $350,000 last year, which is more that what Andy Byford, the president of the MTA, makes, according to the report.

The MTA has been making a lot of repairs, including the L train overhaul that starts at the end of the week, and a lot of the work is done overnight to avoid service disruptions.

What does that translate to? Overtime and extra pay for shift differentials.

The Metro North paid out the most overtime in its history last year, with about $125 million, the report said.

More than 100 employees managed to double their salaries thanks to overtime.

MTA says that overtime is often needed because the system runs 24/7 and most work needs to happen overnight and on weekends.

"Last year the MTA began making record levels of investments to repair, maintain and modernize the entire system, much of it at night to avoid service disruptions, and fortunately it is working, with subway on-time performance at five-year highs and gains across the system as well. In the meantime the MTA is undertaking very aggressive cost-cutting measures across all agencies, achieving more than $2b in recurring savings with a target for an additional $500 million of savings next year. We’re also undergoing reforms including a forensic audit, consolidation and reorganization, a reduction in construction costs across the system, and ultimately the net savings will be far greater than any investments being made to achieve these major improvements," MTA spokesperson Max Young said in a statement.