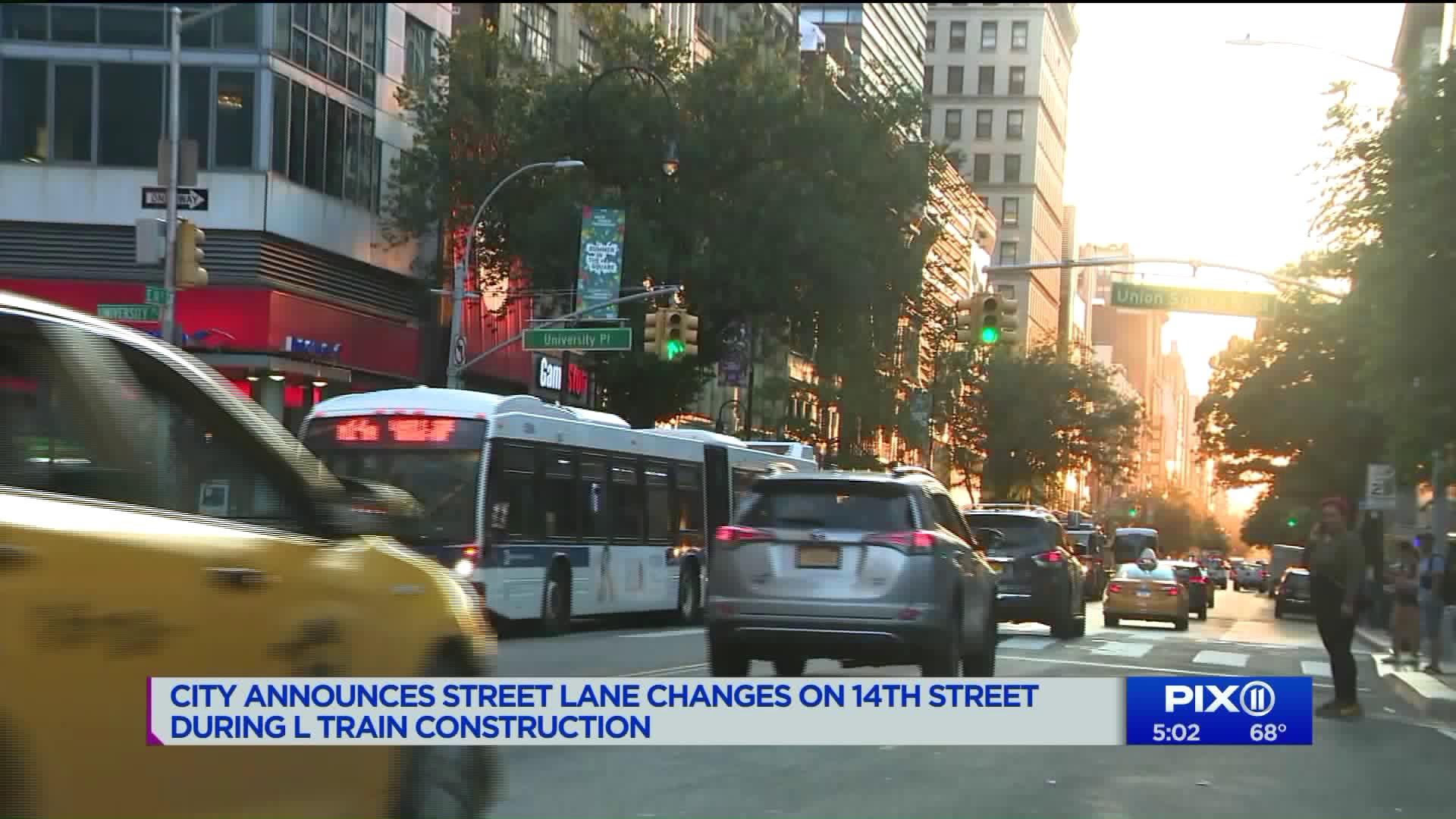 New York City announced a pilot program for 14th Street during the L train tunnel project that will prioritize city buses, trucks, and local traffic, while essentially closing the street between 3rd Avenue and 9th Avenue to private car traffic, starting in June. 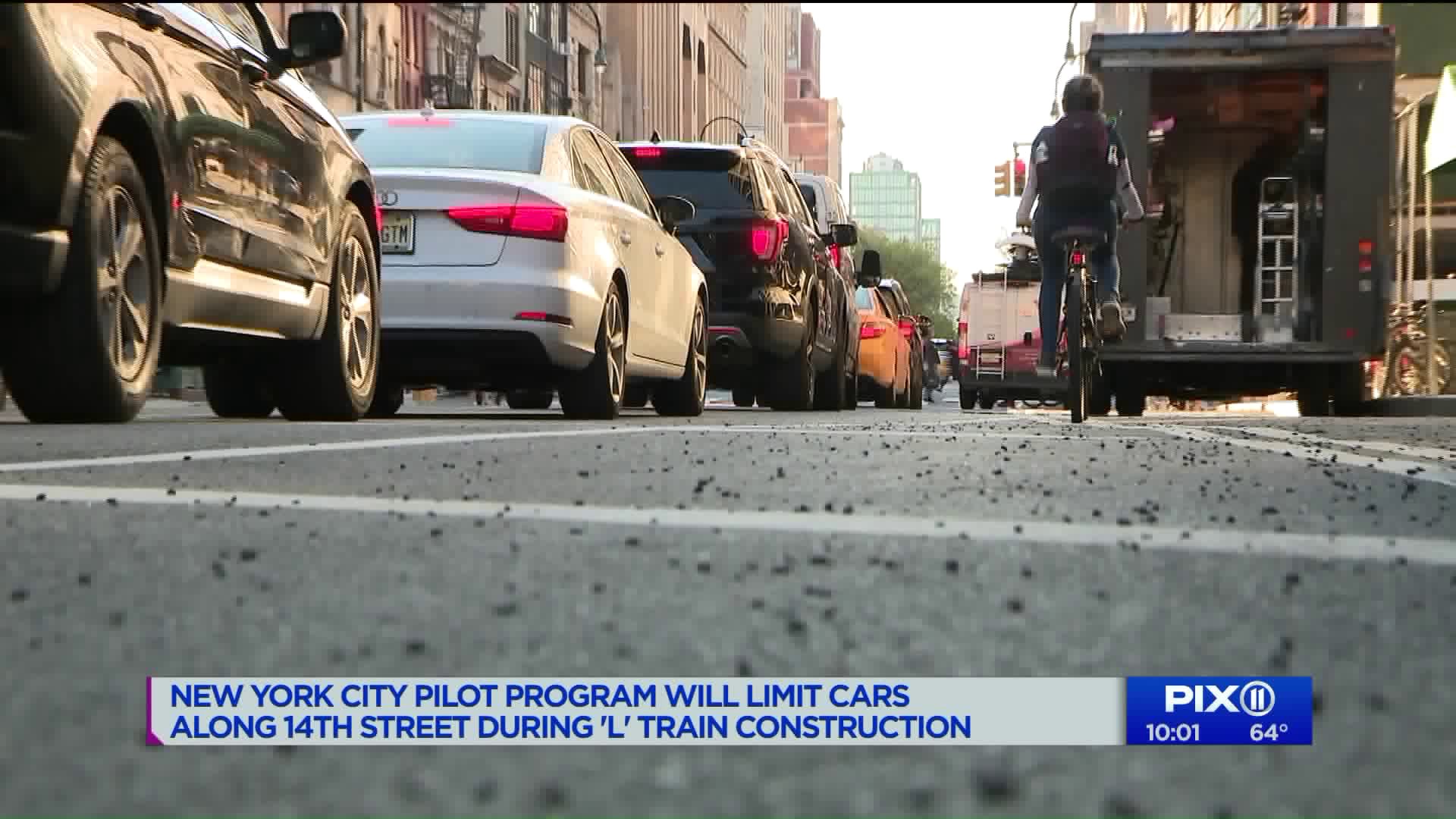 Cars will be allowed to travel in that stretch for local traffic, but most traffic lanes will give priority to city buses and trucks. See the below diagram showing the current ("before") lane layouts and the proposed new traffic lanes.

There’s space for local pick up and drop offs and loading on both sides of the street on certain blocks.

The city will be working with the NYPD on a campaign to educate drivers once it begins, while DOT will monitor traffic flow on 14th Street and side streets.