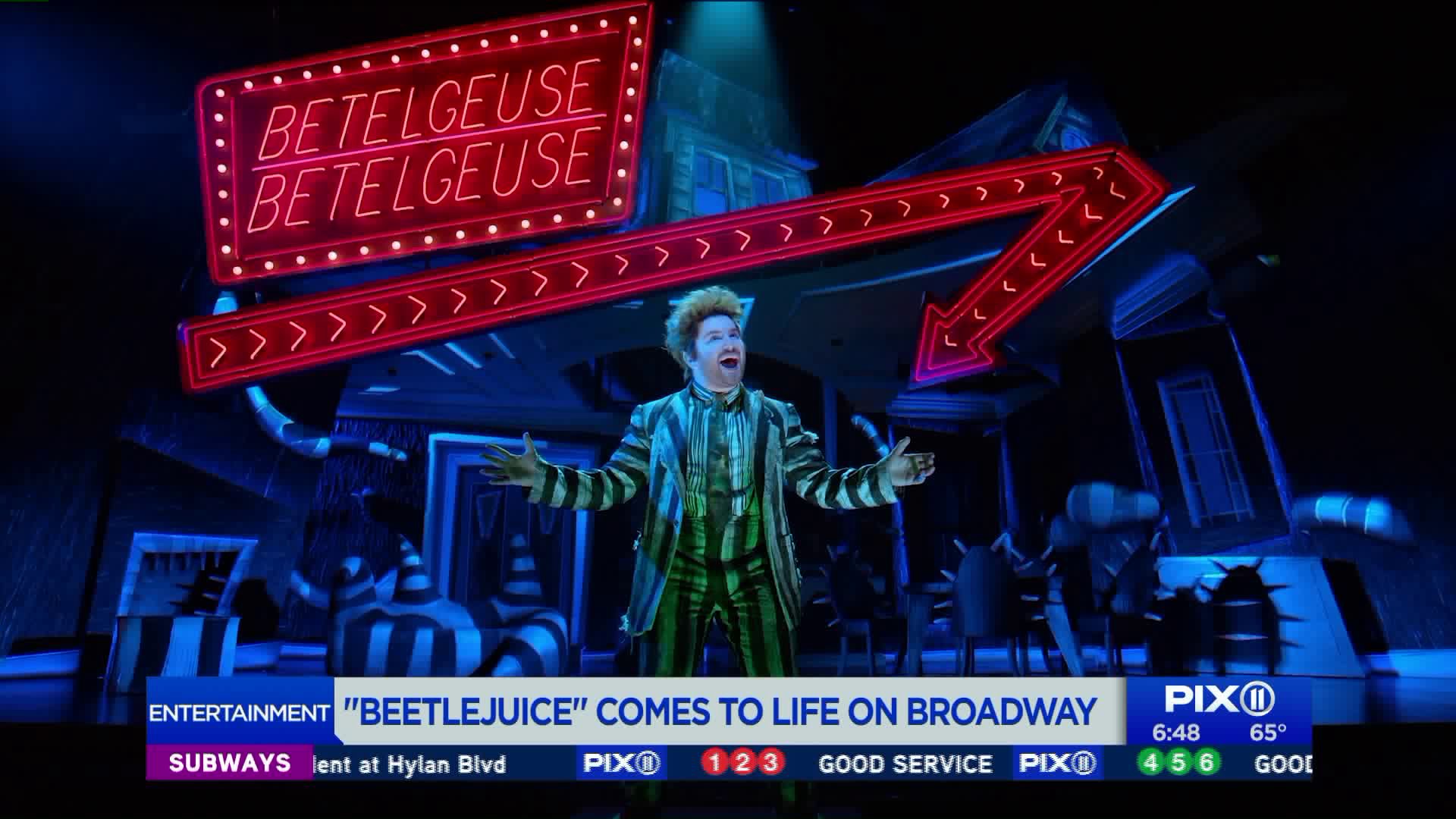 Fans are evening coming to the theater dressed as their favorite characters, and they’re waiting to hear that famous name called three times.

“School of Rock’s” Alex Brightman is taking on the iconic character made famous in the film played by Michael Keaton.

Lydia’s life changes completely after getting involved with ghosts.

The show also includes a giant serpent and magic tricks, many performed by Kerry Butler, who plays Barbara Maitland.

She’s even surprised at some of the special effects.

You are bound to dance of the theater with a big smile.

Catch “Beetlejuice” in at the Winter Garden Theatre. For tickets, click here.