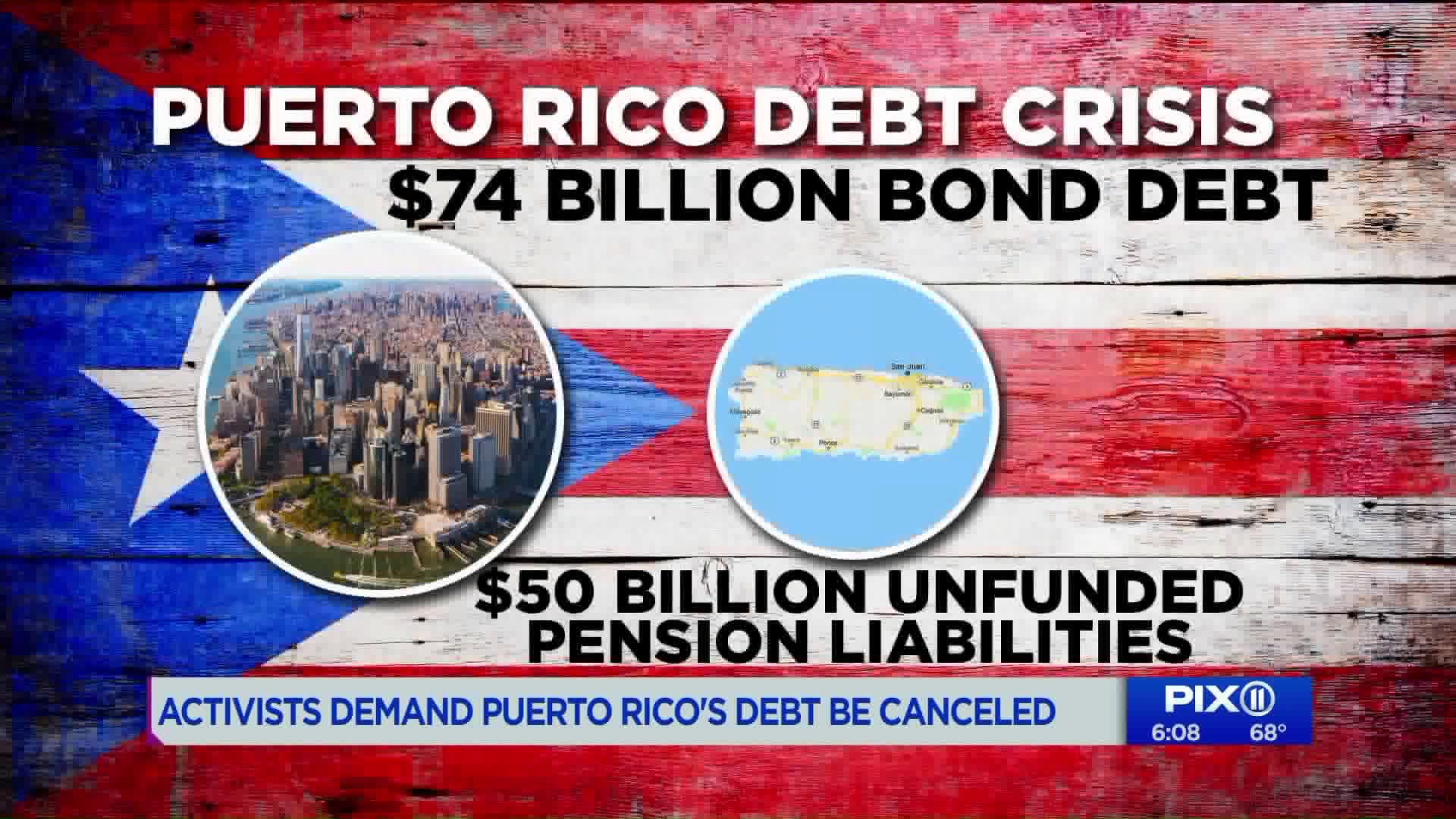 Puerto Rico has more than $74 billion in bond debt. Hurricane Maria is estimated to have caused more than $100 billion in damage when it struck in 2017.

Protesters paced outside the federal courthouse in lower Manhattan, Wednesday afternoon, with a demand for a federal judge.

“Put people over profit,” they chanted as they pleaded for the judges to help the U.S. territory Puerto Rico out of a crisis.

“We know the fiscal debt in Puerto Rico was created by banks, corporation, and folks that are not from Puerto Rico who have benefited from predatory practices,” said Jesus Gonzalez with the Center for Popular Democracy. "We are right in front of the federal court demanding that Puerto Rico’s illegal debt be canceled immediately.”

Right now, the island, which has a population less than that of New York City, has more than $74 billion in bond debt and roughly $50 billion in unfunded pension liabilities.

It is seeking bankruptcy to restructure its debt, and hoping some of the debt is invalidated or forgiven.

Two years ago the U.S. congress assembled a board to oversee Puerto Rico’s finances and see how the small island got into so much debt.

That board learned at least $6 billion of the debt may have been illegally issued by banks.

In a similar fashion, as to what banks were accused of doing during the U.S. housing crisis.

Banks that were underwriting bonds for the island allegedly knew the commonwealth was insolvent, or would be unable to pay the bonds back. Yet the banks still issued the bonds— banking on fees and interests.

In the case of the $6 billion, that debt was issued by banks after the island hit it’s debt limit, a violation of Puerto Rico’s constitutions

On that ground, a judge in a federal court in San Juan heard arguments from the island financial board to invalidate the $6 billion and argument.

The hearing was streamed at the Southern District of New York Courthouse in Lower Manhattan as protesters were outside.

However, while those protesters were hoping for a decision on Wednesday, the arguments from all sides went so long that the judge was unable to get to a decision. The hearing will continue on May 1.