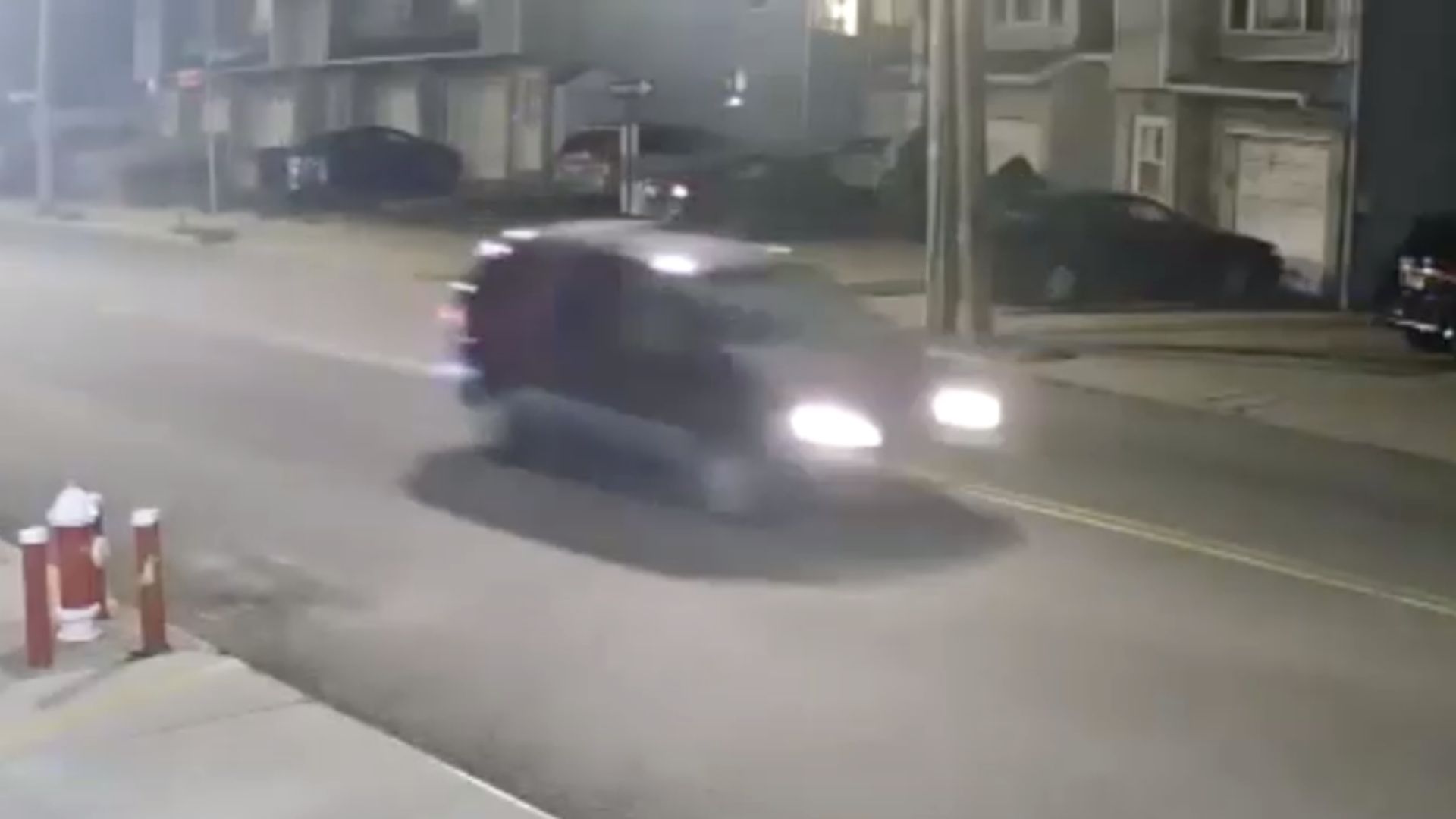 RAW surveillance footage of what police describe as a two-tone Toyota Sienna, believed to be involved in the fatal hit-and-run of an 89-year-old woman in Staten Island on Saturday, April 20, 2019.

CASTLETON CORNERS, Staten Island — Police have released new video footage of a vehicle they believe fatally struck an 89-year-old woman in Staten Island and fled the scene on Saturday.

Police now describe the vehicle involved in the hit-and-run as an older model, two-tone Toyota Sienna.

On Saturday, April 20, at around 10:30 p.m., 89-year-old Anastasia Diaz was struck by the vehicle while using a crosswalk to cross Bradley Avenue at Purdy Avenue. The driver continued and fled the scene, police said.

The fatal hit-and-run occurred just less than a block from Diaz's home on Bradley Avenue, according to Google Maps.

Responding to a 911 call of a pedestrian struck, officers found Diaz unconscious and unresponsive with head trauma and injuries to the body, police said.

EMS transported Diaz to Richmond University Medical Center where she was pronounced deceased, according to police.

There are no arrests at this time and the investigation is ongoing, police said.