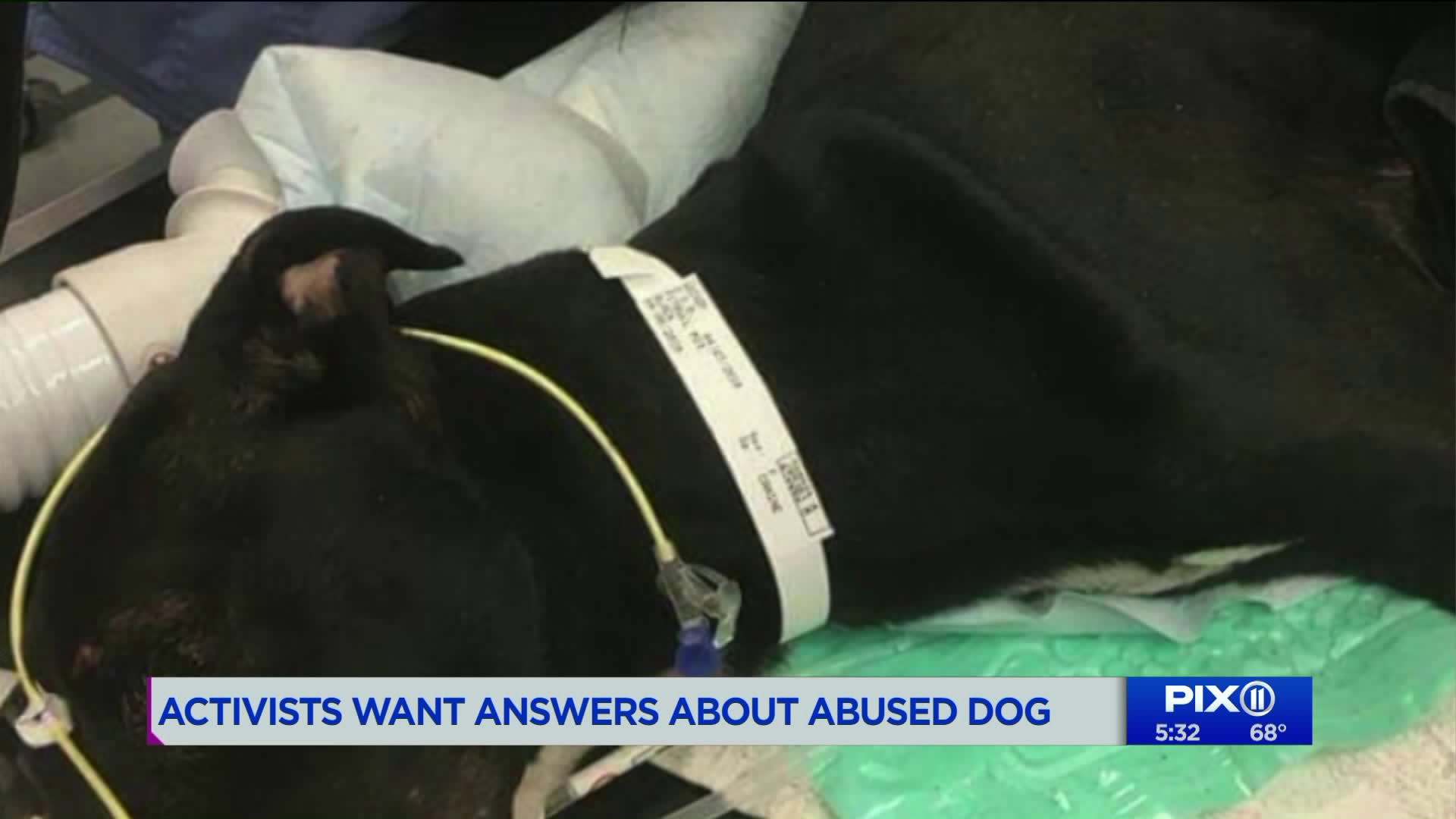 A disturbing case of animal cruelty has shook a community in the Bronx.It`s where 2 weeks ago - cops found a 3 year old pit bull... muzzled and starved in the street.The dog has since died but activists want answers.

SOUNDVIEW, The Bronx — Cops are investigating a disturbing case of animal cruelty in the Bronx where an emaciated dog was muzzled, dumped and left to die outside a NYCHA facility.

The black 3-year-old female pit bull was clinging to life when NYPD officers found her on April 8 outside the Sotomayor Houses along Watson Avenue in the Soundview section.

The dog, named Watson after the street she was found on, was taken to the ASPCA hospital on the Upper East Side.

Her injuries were too severe. Watson died the following day.

The case has fired up residents and advocates including the Guardian Angels.

“I think the condition of the dog is probably the worst that I’ve ever seen,” attorney and Guardian Angel activist Nancy Sliwa told PIX11. “You see a dog that is so emaciated to the point the dog couldn’t even stand - it really leaves the mind to wonder.”

For the past few days, the Guardian Angels have been on the ground at the Sotomayor Houses, spreading the word through fliers, in an effort to find the person responsible for the disturbing case of animal cruelty.

“The fact that it happened on April 8 and there’s no movement on it strikes me as odd especially with all the cameras on this site in the surveillance at the surrounding stores,” Sliwa said.

The case, which went viral after it was posted on Facebook, has mobilized many in the animal welfare community. Some of them looking to raise funds for a possible reward, hoping to encourage someone who knows something to come forward.

Anyone with information on the case is urged to call Crimestoppers at 1800-577-TIPS. All calls will remain confidential.