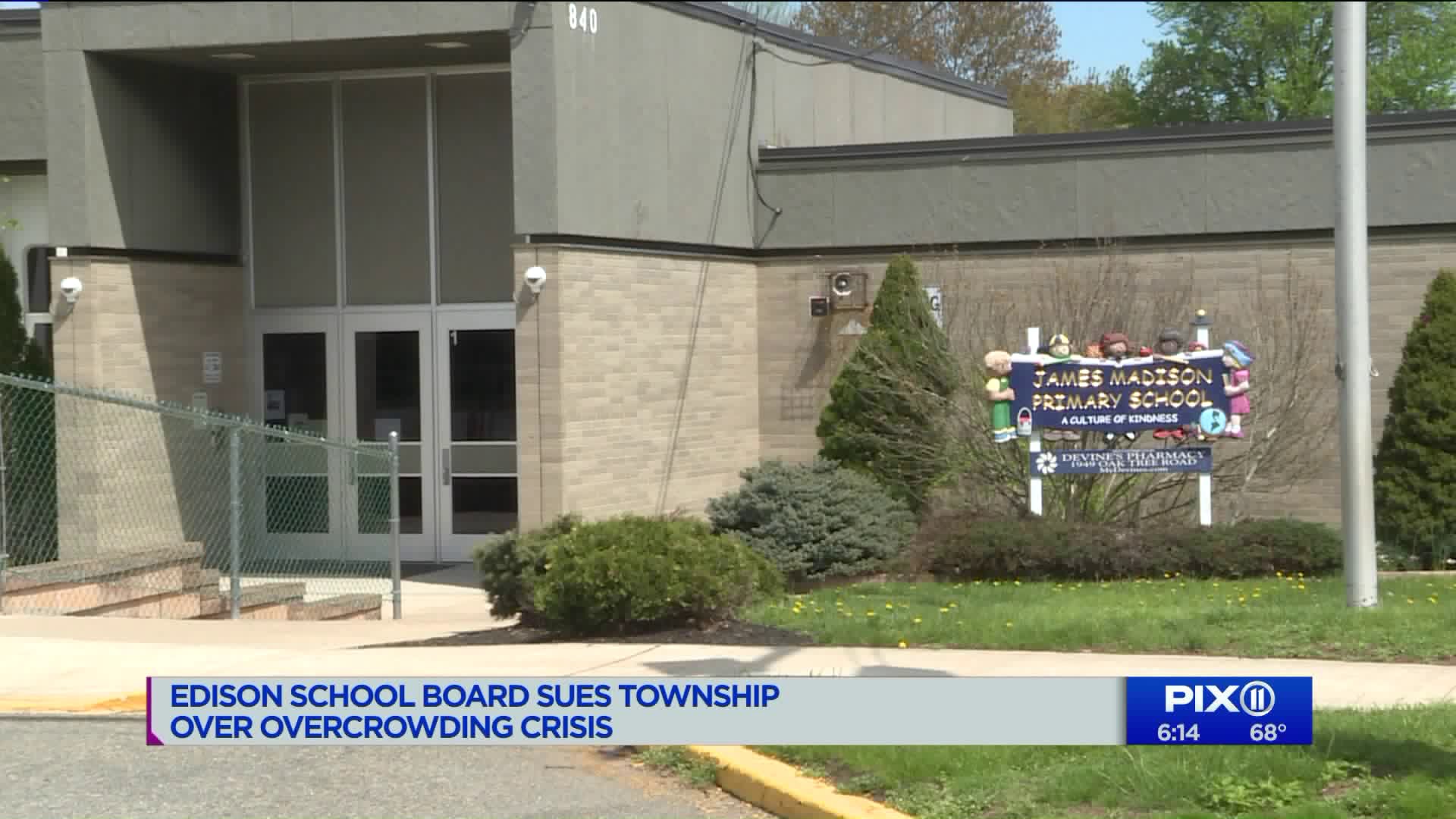 The district has brought in trailers, put on additions and they are now looking for space to build a new school. But board member say they are running out of options.

Edison's School Board voted unanimously to sue the the township because their buildings are getting too crowded.

"My son went through all of elementary school eating lunch on his desk; they don’t have a cafeteria," said Shannon Peng, a mother of two and a school board member.

She says they also tried adding biology classes, but couldn't find the space.

"Every classroom is taken," she said.

"You go into the high school when they’re changing classes - run! Well you can’t run. Because it’s too crowded," said Elizabeth Conway, another board member.

The district has brought in trailers, put on additions and they are now looking for space to build a new school. But board member say they are running out of options.

"Land is a problem. Edison doesn’t have a whole lot of land," said Brett Baker, a parent who supports the board's lawsuit. "We moved to Edison for the school system."

In the past six years, Edison's zoning board has approved dozens of new houses and apartments for development. At the same time, over 1,800 new students have moved to town.

In the next five years, the district is bracing for at least 500 more.

"It's not fair to the students and to the teachers," said Peng.

Edison's zoning board chair Rosemary Feterik tells PIX11: "...when a zoning board makes a decision in accordance with appropriate rules of law, overcrowding of a school cannot be taken into account in the board's decision making process."

Edison Mayor Thomas Lankey said he can't comment on a lawsuit the township has not yet received.

"Based on what we have heard from the news media, this lawsuit borders on frivolous," said the Mayor. "But, we would need to see it before we can address its specific issues."

Town Council Member Michael Lombardi said overcrowding is a big concern and he wants it resolved, but he believes this lawsuit is simply political.

"Threatening a lawsuit will not fix school overcrowding," he said. "I am confident a judge will see the political motivation behind this lawsuit.”

Councilman Len Sendelsky echoed his comments, stating: “This frivolous lawsuit is nothing more than a political assault aimed at Zoning Board attorney Bhavini Shah, now a Democratic Edison Council candidate."

Some are planning to attend a zoning board meeting scheduled for Tuesday night.

Meanwhile the school board’s attorney is drawing up the paperwork for their lawsuit.