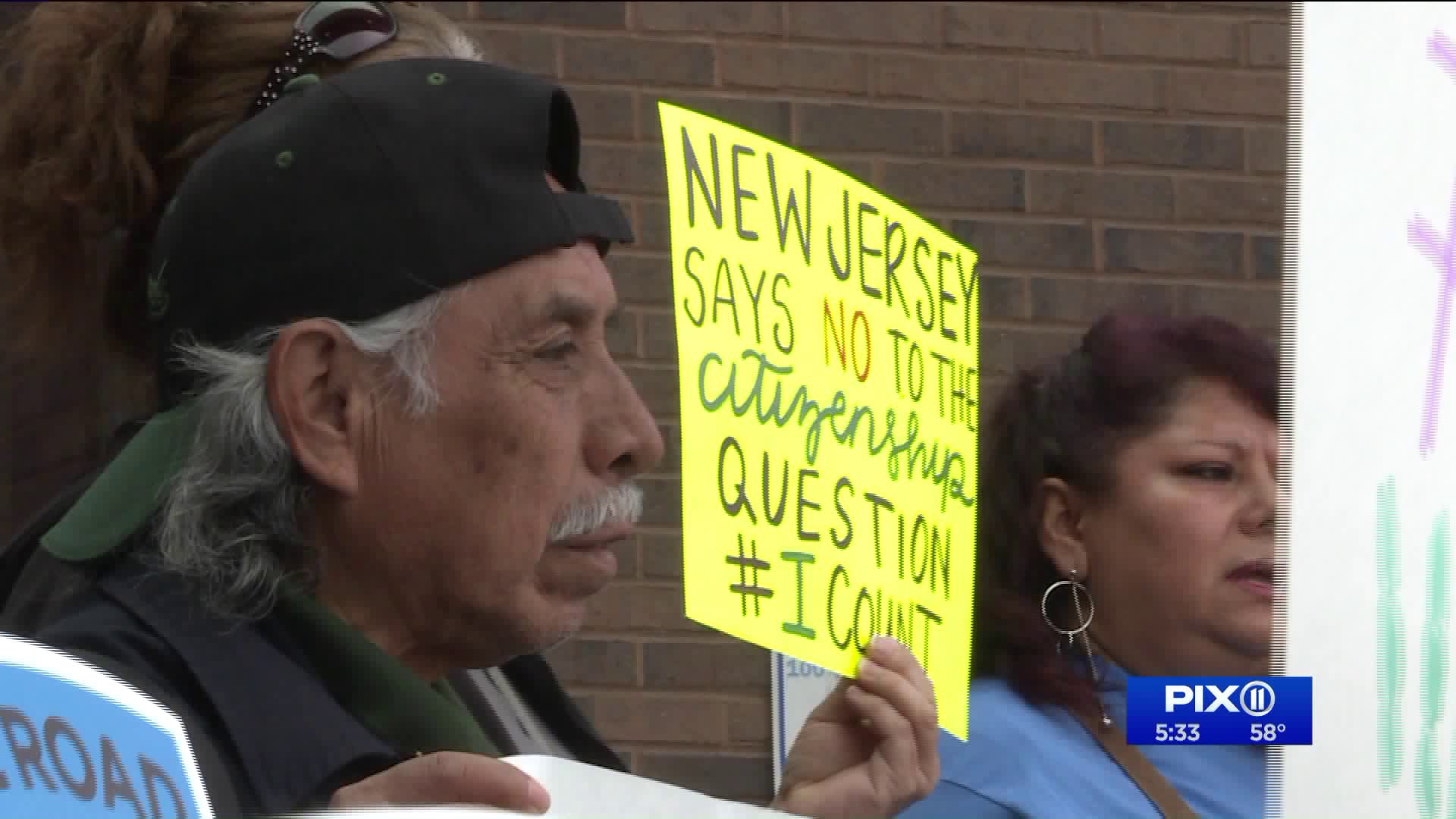 If the 2020 census asks about citizenship, many here say they won`t take the survey. Immigrant families want to be counted, but they fear Immigration and Customs Enforcement. If the census undercounts the number of people in cities like Passaic, less federal money will flow to this community.

PASSAIC, NJ — A battle is brewing over the 2020 US Census. Should every person be asked: what is your citizenship status?

Immigrants in New Jersey rallied outside of Passaic City Hall Monday. Almost a third of the population is undocumented in the city.

"There are thousands of people in this city alone, we count over 20,000 without documented status," said Gary Schaer, Passaic's council president and an assemblyman in the New Jersey state assembly.

If the 2020 census asks about citizenship, many here say they won’t take the survey.

"We are here today to say, we count!" said Rosa Lopez, a community organizer for Make the Road New Jersey.

Immigrant families want to be counted, but they fear Immigration and Customs Enforcement.

"A lot of our community members will not register, will not sign up for the census," said Elizabeth Chabla, another community organizer.

If the census undercounts the number of people in cities like Passaic, less federal money will flow to this community.

Alberta Jimenez, a mother of six, said she depends on federal funds to feed and educate her children. She relies on food stamps, early education programs and public schools.

"In the years living in this country, I have worked in different types of jobs. I have paid my fair share of taxes," she said through a translator.

The question of citizenship hasn’t been on the census survey since 1950. The Secretary of Commerce, who oversees the Census Bureau said the decision to add it back did not involve the White House.

Advocates for the citizenship question say it will make the census more accurate and it will help enforce the Voting Rights Act.

But three federal judges from New York, Maryland and California have ruled the federal government violated the law by adding the citizenship question.

Tuesday, the US Supreme Court will begin hearing oral arguments on the matter.

"This case and our fight is about our commitment to ensuring that our communities are fully represented in this country," said Lopez.

The printing press for census forms will roll on July 1.